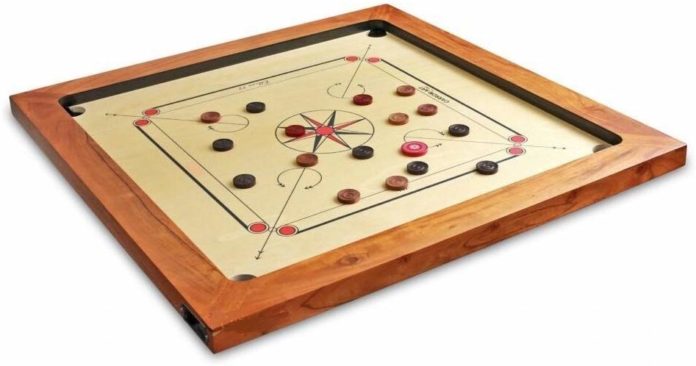 There must have been a time when you played the game of Carrom on a wooden Carrom board. With the advent of smartphone technology, you can play Carrom on your smartphone online using an internet connection. That’s all you need to play Carrom board game online. You can play it with the computer or with real players. There is also an option to invite your friends to play the game with you by connecting with them through Facebook or email. Online Carrom is an exciting game to play. Pick and choose from a huge collection of online Carrom games.

Search for online Carrom app on your Google Play Store/Apple App Store, or search for it on Google if you are using a computer. There will be many attractive apps like 3D Carrom, Carrom pool, Carrom Stars etc. Your objective in the game is to pocket your pucks, either black or white (there are 9 pucks of each color), and then the queen (red). You have to cover the queen by pocketing one of your Carrom men/pucks immediately after pocketing the queen.

Carrom can be played online as a single-player game where the computer is your opponent. On your smartphone, you can play it as a doubles or multiplayer game. The visuals and the contents on the board are really attractive. The ease of playing the game online will make you want to play it for hours at a stretch.

Using your striker to move the coins around and into the pockets at the four corners of the board is called striking. There are different striking styles and based on the power and angle, your use of the striker makes you different from other players.

You should know the rules well and avoid making any fouls. Carrom board rules say that a foul can occur in the following situations:

As there are so many Carrom apps, when you search for “Carrom Board game download”, you will get many apps to choose from. One basic tip is to check out the reviews and star ratings of the apps before you download one. You can also see the app developers’ responses to queries and complaints raised by users. For a great experience, it is also necessary that you keep updating your game app from time to time once you have downloaded one.

Once you have downloaded online Carrom game and you are enjoying it, it’s your turn to spread the word and keep sharing your experience with your friends and ask them to join the game with you and have fun.