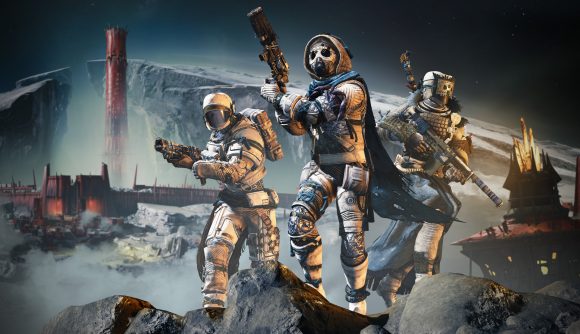 Destiny 2 mostly revolves around getting your character as strong as possible and earning new loot. The Destiny series has shown that its compelling gameplay attracts a lot of FPS fans who enjoy developing their characters. But it is not always easy to do so and if you don’t do it right you might end up spending a lot of gameplay hours in vain.

Following the trio of expansions that the original game has added, players have the ability to level up to 650. Owning the Curse of Osiris expansion allows you to go to 335 and buying Warmind tips you towards 358. But it is with the Forsaken expansion that you can get to top 650 ratings.

Here are some tips on how to get there.

First Thing’s First, Get to Level 50!

In order to reach Endgame, you have to max out your character level, in this case, 50. In order to achieve this, what most players need to do is to complete the story campaign and expansion story missions. Unfortunately, this doesn’t guarantee a level 50 for all players. However, you are bound to find certain weapons along the way that will probably be too powerful for you. Power levels are determined by measuring your overall stringy, offense and defense so with some stronger gear and weapons you will most likely be able to reach level 50 without any problems.

It would be best for you to unlock your subclass as fast as possible. You can do so by completing a public event after which you will receive an object that is supposed to trigger an event which will lead to you being able to choose a subclass. To earn it, you simply have to complete public events until the subclass milestone directs you back to Earth. There you will be directed to a mission dubbed Dark Forest where you can unlock the specified subclass. Once you do so, simply continue leveling up your character to unlock all the perks and capabilities of your subclass. You will need more Ability Points to do that but you can earn them by completing more missions.

Next Item on the Agenda is Reaching 550

After you reach level 50 you will unlock the ability the offered Destiny 2 best weapons . Before this, you were only grounded to a certain number of weapons that you could have used. Now the real fun starts and your mission is to raise your power level as much as possible.

Since power is rated to the strength of your weapons and equipment you have to get the best ones possible. As you continue, you usually get weapons and armor from drops and chests along the way. Enemies that you kill also drop certain items that you can use to your advantage. Rare (blue) and Legendary (purple) items are the ones to look for. There are also certain vendors where you can buy or exchange certain items for stronger ones.

The gear you collect from drops will exclusively be higher than the ones you have to help you lever up. However, because of this, there are certain agendas that you need to avoid doing at a certain time. For instance, you should never do Milestone activities and Weekly Bounties before reaching 500. Completing these achievements earns you powerful items, so if you collected while you are at a lower level you will only be getting subpar items which could be much stronger if you collect them later on.

Push your Power Level to the Limit

Reaching level 500 brings you to the endgame from where you will need to search the Solar system for stronger gear. You will be able to compete in the Forsaken’s new Raid, Last Wish, to get the best items in the game. Not only that, once you reach level 500 you are also granted the ability to visit the previous endgame content, like Destiny 2’s original Raid Leviathan, Curse of Osiris’ Eater of Worlds, and Warmind’s Spire of Stars.

If you have Forsaken, which recently added the Black Armory update, the highest you can go is level 650. The recent update also updated versions of the top-level competitive activities which include Trials of the Nine and Destiny 2 Iron Banner tournament. Before the update, blue and green drops, as well as reputation points offered, weren’t better than the ones you have. After the update, you can randomly receive gear perks so it’s worth playing these events now to increase your power level.

Here are some activities that you can do to raise your level above 500 once you reach it:

In conclusion, if you follow all these steps you will have no problems reaching Level 500 and beyond. With the release of the Forsaken expansion and players being able to get to 650 it will require more grind, but it is entirely not impossible to achieve. Experienced games know that it requires time and patience to reach, but with many hours of grind the rewards are benevolent in the end.