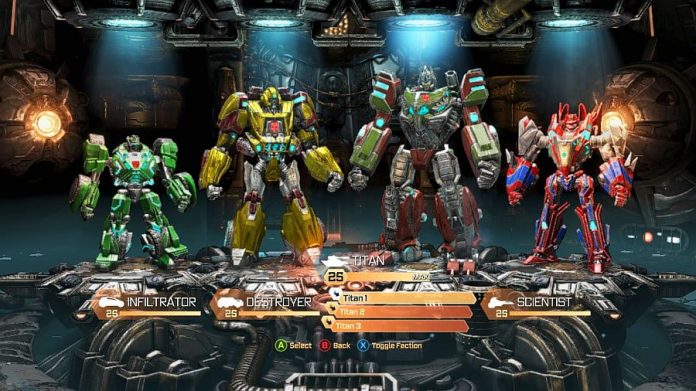 First thing that you have to have in mind when thinking about fixing the game – at least for PC users – is if your system meets the minimum requirements for running the game. Also, make sure that your graphic card drivers are up to date because outdated problems can be the reason for the Transformers: Fall of Cybertron crashes and freezes.

How to Fix Transformers: Fall of Cybertron Public Matchmaking problems

Activision are aware of a problem that PC users are encountering with the public matchmaking in multiplayer where any of the following problems occur:

– When the countdown timer reaches zero, it then proceeds to count negatively.
– Names don’t appear until roughly 20 seconds after entering the lobby.
– The countdown timer disappears and the lobby fails to begin the match, even though the appropriate number of players are ready to play.

Unfortunately, right now there’s no way of fixing that by ourselves, but Activision announced that they’re working on solving this problem.

How to Fix Transformers: Fall of Cybertron Crashes and Freezes

– Make sure that you verify the integrity of your game in Steam
– Restart Steam and if this doesn’t fix the problem, try restarting your computer if you haven’t done so after installing the game.
– Remove any peripherals that you might have connected to your computer, especially wireless devices (like wireless mice or keyboard) or any gamepad that you might have installed. Sometimes, these can be the cause of game crashes and freezes.
– Try turning off your antivirus software for the duration of play.

And these are, right now, the only tips and tricks that I have to share with you for fixing the Transformers: Fall of Cybertron and problems – if you have any other problems or, even better, some potential fixes to these problems, don’t hesitate to share them with us in the comment section below.