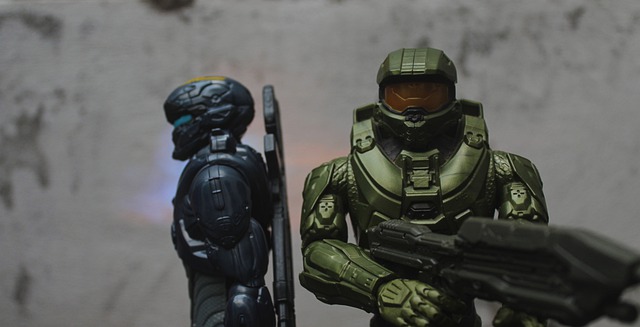 Judging by the trailer in 2020, Halo Infinite was on the ropes. By the time the game was released in late 2021, it quickly cracked the top five most played games on Steam, hitting a peak concurrent player count of 272,586 on its first day. The turnaround is remarkable considering gamers were comparing Halo Infinite to Minecraft. So, how has Microsoft done it?

A big delay never looks good, particularly when your trailer is panned by your audience base that assumed it would be a Triple A-rated release. However, Microsoft and 343 Industries used the extra time to fix any bugs. With 12 months to spare, it’s not as if the developers had a short space of time to correct the issues pointed out by gamers.

The topic of graphics is a perfect example as it was the main thing people commented on when the trailer first aired. 343 decided to give the game’s accessories much more depth and detail, such as the small scratches and scuffs added to the standard assault rifle. Then there’s the new weapon, the VK78 Commando, which is visibly impacted by its environment, like beams of light glaring off its shiny body.

In fairness, Halo Infinite isn’t the first game to use a delay to its benefit. Do you remember Cyberpunk 2077? Most do thanks to its terrible release. After being withdrawn, the title returned to critical acclaim, and now gamers are hotly anticipating what’s next for 2022.

Halo Infinite is successful globally, from the UK and the US to Australia. The fact its popularity reaches Down Under is down, in no small part, to its strong competitive focus on eSports. With the industry valued at £730 million in 2021, a year-on-year growth of 14.5%, this element of Halo Infinite transcends geography. Compare it to Call of Duty, for instance, and it’s not wrong to assume that the multiplayer eSports features are driving demand.

This is even more clear when you recognise the growth of gambling and online gambling in Australia, which was valued at £118 billion in 2019 and rose by 78% in 2020 and 2021. Halo’s franchise has benefitted from the approach through its LAN tournament series, such as HCS Raleigh in North Carolina. So many viewers engaged, either online or in-person, that the Cloud9 team took away a winner’s cheque worth over £100,000. And that’s the tip of the iceberg as the HCS Pro Series is on the horizon, meaning another opportunity for Halo to turn a profit and boost PR, with providers from Bet365 and Unibet offering the latest odds for the World Championships in October.

Of course, specialist Australian bookmakers are in on the action too due to the increase in eSports fans in the country that has led to a rise in eSports betting. The eSports industry is now a prominent fixture on bookmaker sites in Australia as a result, as BetStar, Blue Bet and Palmer Bet all show beyond doubt. With several big HCS events to come, including in Melbourne in September, it’s reasonable to suggest that the trend will continue well into 2022 and 2023.

Turning controversy into an advantage and leaning on a booming eSports sector has made Halo Infinite a certified success. Long it may continue!