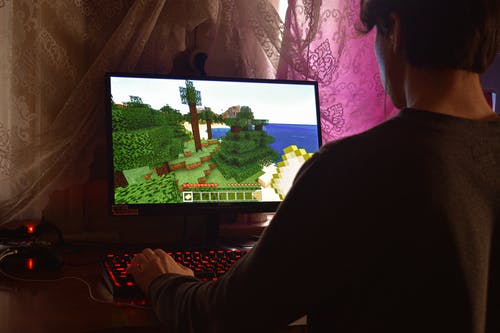 If you are a gamer— never mind whether a beginner or an expert— chances are that you have heard the term AAA being thrown around. An even better gamble is that you have played at least one Triple-A game in your lifetime, maybe even without knowing it. Still, confused about what is going on? Read on to find out.

What are AAA Games?

The term ‘AAA’ or ‘Triple-A’ began to gain popularity in the late 90s to informally refer to highly developed video games with huge marketing budgets that were often created by mid-range or major game studios. Some of the earliest video games of this type were Squaresoft’s whopper Final Fantasy VII (1997) and Sega AM2’s follow up Shenmue (1999) which, in an unprecedented fashion, took up anywhere between $70 million and $100 million (adjusted for inflation, of course) in development alone. Adding to this were also substantial marketing investments which nearly doubled costs, so you can imagine the sheer scale of these games.

Today, this flabbergasting production cost has only skyrocketed because of huge demand and the cult status that some of these games enjoy. As a consequence, Triple-A video games feature high-end graphics, a stellar audio design, intricate storylines, complex characters, and usually end up building anticipation among its users over a long while through extensive, expensive campaigns. To put it simply, they’re the versatile bulls of the gaming industry.

There are a couple of major players in the AAA with names that you are probably already familiar with. As mentioned before, studios like Squaresoft and Sega AM2 were among the first to enter this demographic. Konami and Bungie soon followed suit with games like Metal Gear Solid 2: Sons of Liberty (2001) and Halo: Combat Evolved (2001) respectively.

The 2000s decade saw a huge increase in the development, publishing and sales of Triple-A video games. Companies like Sony Entertainment, 2K, Capcom, Bethesda Game Studios, Valve, EA, and Activision cashed in on the immense popularity of the games across various consoles like Sony’s PlayStation, Microsoft’s Xbox and Nintendo’s Wii among others. To minimize the massive risk taken by creators with the cost of rolling out versus reception and sales, most developers and publishers turned the singular massively successful games into long-running franchises, some of which are still hugely popular even today. Examples of such long running, legacy AAA games that have been equally enjoyed across generations are Grand Theft Auto, Metal Gear Solid, Call of Duty, God of War, Assassin’s Creed, Tomb Raider, Mario, and The Elder Scrolls to name a select few. Some of these games also have features like season passes, expansion packs or even meta games.

A common factor to almost all of these companies were that they were historically the big players of the gaming industry— before the term AAA was even informally established. This allowed them access to huge capital for investments and a loyal market that they could cater to with such large-scale productions. However, the insane risk that went into making games of such a scale meant that the failure or unsatisfactory performance of one such video game could bankrupt a studio, and the general consensus now is beginning to shift towards the idea that AAA games have a harmful effect on the equilibrium and stability of the industry.

Landmark AAA Games Over the Ages

Some AAA games over the ages have defined generations of gamers over the years, and redefined the video game industry as a whole. From cult classics to recent releases, in no particular order, here is our list of some of the best AAA games ever created:

The year 2020 saw a host of immensely popular AAA games being released— from Sony’s The Last of Us: Part 2 to the long-awaited Cyberpunk 2077 developed and published by CD Projekt in December. As the Covid-19 pandemic rages on and people are forced to stay cooped up at home, the demand and never-ending wait for newer blockbuster Triple-A games grows even more. Here is a short list of some of the biggest, most highly anticipated AAA releases announced for 2021 till now: