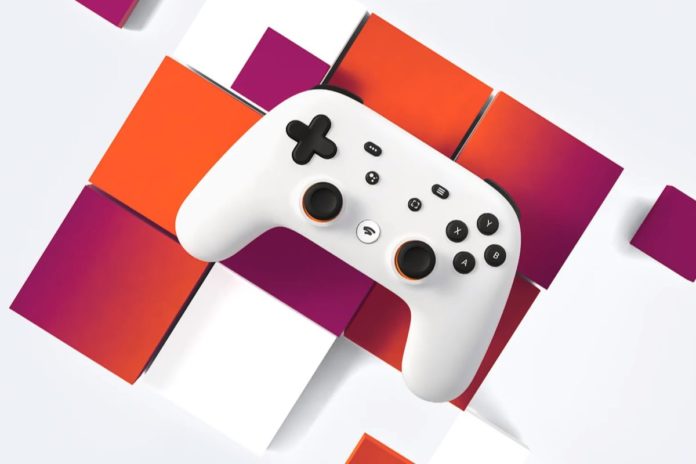 “The future of gaming is not a box. It’s a place.” These are the opening words to Google’s Official Reveal Trailer for Stadia, their upcoming game streaming service. It was to an enthusiastic crowd, at this year’s Game Developers Conference (GDC) in San Francisco, that Google revealed major details about what Stadia is and what it should be able to do. Here’s what we know right now.

Perhaps the largest piece to take away is Stadia’s in-browser streaming capabilities. Games can stream to any device using Google Chrome browser: PC; laptop; mobile; tablet; even TV thanks to ChromeCast. At launch it has been promised that games will be able to play at 4K Ultra HD resolution, with HDR color, at 60 frames per second, and with surround sound. All of this would be without the need for any real hardware!

An ambitious claim but one that would be something of a game-changer (pardon the pun) if it works precisely as envisioned. The idea is that games will be processed in the cloud, by Google servers, and streamed to a web browser.

While there are no solid details about what games are set to launch with this, or which publishers will be part of the service, we do know that Stadia can stream top-shelf, graphically demanding games like Assassin’s Creed Odyssey.

The Google demo at GDC 2019 showcased the popular Ubisoft title on a range of devices, with the demonstrator able to jump straight into the action exactly where they left off. In a way it is reminiscent of Sky Q, where you can seamlessly transition from TV to mobile or tablet, picking up whatever you were watching instantly.

The demo of Assassin’s Creed Odyssey looked good, with no lagging or issues with the display. Considering this is all running entirely over the internet, with no powerful PC or console (and the requisite hardware), it’s incredibly impressive.

As Google dips its toe into the gaming industry, it was revealed that they are launching their own game studio. No Stadia exclusive titles were revealed during GDC, but it will be interesting to see what comes of this.

While players can continue to use their old USB controllers, or keyboard and mouse, with Stadia, we were introduced to Google’s new gaming controller. It felt very reflective of typical console versions, having a similar shape to an Xbox controller and more of a PlayStation layout with the buttons and sticks. There were several key takeaways from Google’s gamepad:

We have already highlighted the YouTube share button on the WiFi gamepad but we can expect to see more of YouTube as an asset, working alongside Stadia.

For example, gamers can spectate other players on YouTube streams. Going one step beyond, they can also join in with a click of a button. This is an intriguing aspect and may well be a driving force behind multiplayer gaming; taking it further than it is already today.

An interesting article from The Verge even go so far as to declare that Stadia is more about YouTube, than offering a new gaming service to the world.

One major thing that was not, and still has not been mentioned, is cost. This is where the majority of questions come in:

A lot of unknowns around this, so we will still need to hold our horses. Details will undoubtedly be shared with the public soon.

While the Stadia announcement at GDC 2019 was intriguing it appears to have resulted in more questions being asked than were answered. One thing is for sure however, should Google Stadia launch as is expected, without any major hiccups or service issues, it could be the next real step in gaming. Streaming services are incredibly popular right now in the entertainments industry; it will be truly exciting to see what impact this can have on video games.