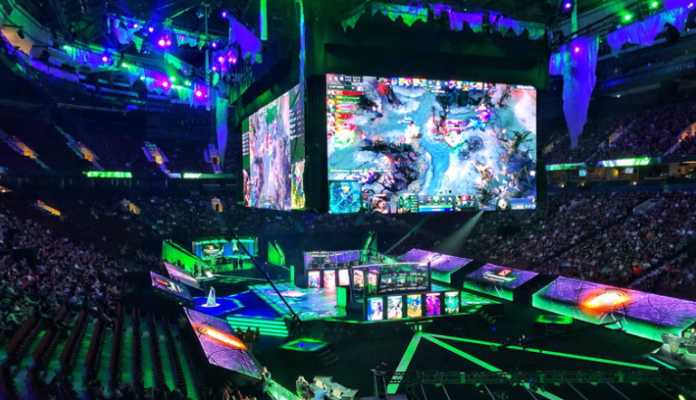 Esport can be explained as organized video game events that are played both at regional and international levels with both amateur and professional players playing against each other. Electronic sports are continually growing all over the globe and have reached millions of people. In 2016, the esport industry generated a revenue amount of about $492.7 million. By 2020, the esport market is expected to generate over $1.48 billion. This is a growth rate of about 32%. The revenues generated in 2016 culminated from tournaments, prize pools, advertising and sponsorships, and most importantly, from sponsorship and advertising and one of the fastest growing in esports betting

Asia, North America, and Europe are the top three esports markets in the world respectively. Before 2020, the esport market is bound to attract more audiences. There was a total of 323 million audiences of the esport market in 2016, and this number is expected to double by 2020. According to Adam Cox; a Senior Analyst at Imaging and Pro Video at Futuresource Consulting, esports will soon become a global thing. There are a lot of involvements from celebrities and traditional sports teams, household brand names and also Turner, BBC and Sky invest in acquisition and production.

When compared to major conventional sporting events, Dota 2, which is part of various key events are enjoying worldwide viewing figures. Thus, it is important that exclusivity of major esports tournaments are secured and also become a major part of traditional sports broadcasters and also established esports platforms including Amazon-owned Twitch. Asia has the largest audience of esports with the hotbed being in South Korea and China.

North America and Europe are also other large hotbeds of esport audiences that have seen the growth of esport revenue due to increased consumer spending power. The esport industry also hopes to increase the traditional fan base, which at the moment ranges from male players between the ages of 16 years to 35 years. According to Cox, the current esport global audience is at 410 million. He says that the industry seeks to recruit a larger fan base of older people and the female population and thus the figure is expected to double by 2023.

This increase in the number of audiences is expected to be felt in emerging regions and also in various established markets. The esport industry majorly gets most of its revenue from sponsorship events. It contributes to around 40% of the total revenue. Esport is gaining major popularity, and with its expected success, the company has some major sponsorships from HyperX, Razer, and Intel. They are soon being joined by other major brands such as Mercedes Benz, McDonald’s, and Coca Cola. This is constantly bringing about great prize pools and prizes that total up to $205 million for the 4,000 plus events that took place last year.

When compared to the men’s tennis ATP Tour’s prize pool that totalled to $135 million in 2018. Through this, it is only right to say that there is bound to increase in profit and exposure to esports. The AV and the broadcast element of esports recently made its debut in the mainstream, and it is doing better than expected. AV expenditure per event can go up to $ 1 million for the largest audience events and go below a few thousands on the minimal end.

By 2024, esports could be part of the Olympics as heard from rumours from IOC. Esport is gaining much popularity and acceptance among people, and also the revenues are headed the right way. Thus, Cox urges people to be in constant involvement with esports since there are plenty of opportunities expected to originate from electronic sports.