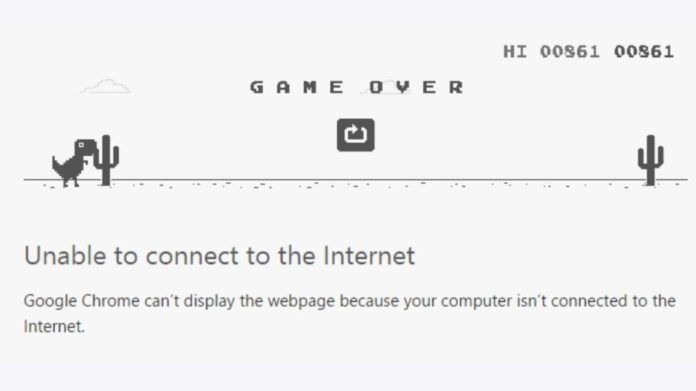 At the end of 2014, Google created a game called Dinosaur. The game is created for the purpose of killing time each time you lose your internet connection. Of course, you will play this game on the Chrome browser without the internet connection. However, the game has been enjoyed by many users and it has become a popular game.

Based on the original version, Dinosaur Game Multiplayer was developed to satisfy the needs of many users: a Dinosaur game that you can play online and challenge your friends or relatives. In Dinosaur io version, you will play with other players, and your goal is to get the highest score and get the 1st rank on the leaderboard online.

The gameplay of this game is very simple. You just hit the jump key to help your dinosaur avoid dangerous obstacles along the way. This can be called an endless-running and fast-paced video game. In this game, the player controls a dinosaur that runs automatically. Obstacles for players are cacti and ducks. The player must jump to dodge the obstacles and try to survive as long as possible.

When the game starts, the player only faces the cactus. During the game, the ducks will appear and the game will be harder. When ducks appear, players have two ways to dodge them: jump or stoop. In order to achieve a high score, the player needs to accurately timing the jump, while paying attention to the distance between their dinosaur and incoming obstacles. And when the player has a high score, the pressure will be bigger but this is the interesting point of this game.

While playing the game, players will see the shadow of other dinosaurs. This gives them the motivation to avoid dying too soon. In addition, the online leaderboard is also a target that the original version does not have. Moreover, we still have a highlight in this io version, which is “Play With Friend” mode. In “Play With Friend” mode, players can compete with their friends or relatives in private rooms. During the weekends, you play Dinosaur games together and have fun moments, this will be great.

I believe you are no stranger to Dinosaur games offline version of Google. However, you will be excited about this Dinosaur io version. The game will give you a comfortable feeling after a long day, it will help you to recover the spirit and health in a positive way. With the classic graphics of the original version and the exciting gameplay of the io genre, Dinosaur game in io version is one of the best games you should try once.