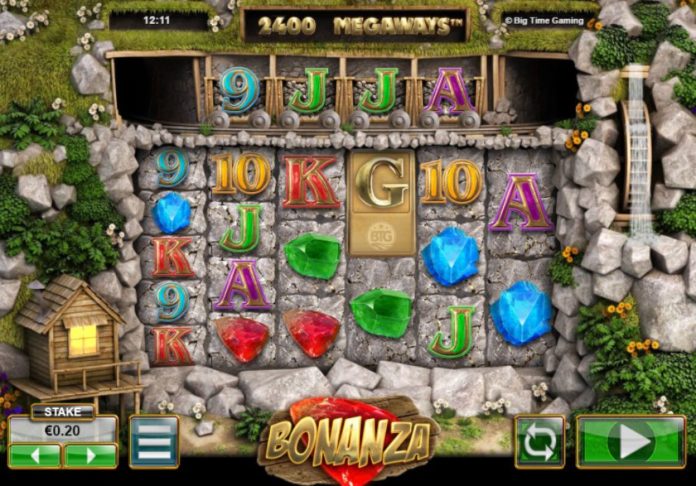 Megaways were the biggest thing in the online slots industry last year. Following the success of Big Time’s games like Bonanza, Viking Quest Grace and White Rabbit, several major software providers obtained licenses to develop their own Megaways games. By early this year, more than a dozen new slots had been released.

What are Megaways Slots?

Popularized by Australia-based Big Time Gaming software provider, Megaways are a new kind of slot games. They feature at least two winning symbols in every reel and have hundreds or thousands of paylines. The games have 5-7 reels and could take after any popular slot theme.

There are more features that make Megaways unique. For example, each spin on a Megaways game is unique. If you spin and certain symbols appear, they are replaced with new symbols instantly. Even better, you can purchase bonus rounds at discounted prices. The best Megaways also pay much higher than average slots, with some paying up to 100,000 times your bet size.

Bonanza is arguably the most popular Megaways game. It was introduced by Big Time in 2017 and became popular almost immediately. The game is a video slot with a 96% RTP and adjustable coin sizes of between 0.2 and 20. When it comes to paylines, Bonanza is not your average game. It features a total of 117,649 paylines.

Bonanza features a woodland setting and has modernized graphics. A cottage and a water wheel can be seen at the back but they are hardly related to the game’s theme. After all, Bonanza is about hunting for treasures. The graphics aside, Bonanza is full of free spins and multipliers.

Loosely based on Alice in Wonderland, this is yet another Big Time Gaming slot with an insane number of paylines. To be specific, the game has 248, 382 paylines. Like Bonanza, White Rabbit is set in the woodlands, with trees filling the background.

Most of the game’s symbols are direct imitations of characters from Alice in Wonderland. These include the Cheshire cat, Dodo, Tweedledum, Tweedledee, and Mad Hatter. The Red Queen is also used as a scatter in this game and she multiplies your bet 25 times when triggered on five straight reels.

There are more symbols in the game, including the March rabbit which gifts you 15 free spins when triggered in three spins. Like many of the best Megaways slots by Big Time Gaming, White Rabbit allows you to purchase bonus rounds. You may not need to do this though. The game offers lots of free spins frequently.

Set in a futuristic world of robots, Machina is a brand new game developed to take advantage of the hype surrounding Megaways these days. The game is a product of Kalamba Games, a relatively small developer that prioritizes quality over quantity of games.

Armed with 6 reels and 46, 656 paylines, Machina promises more ways to win than any game by Kalamba. The slot has decent graphics and uses a combination of common symbols like letters and images from the Machina movie.

Machina comes with a three-in-one progressive jackpot divided into silver, gold and platinum categories. Triggering 10, 12 or 16 cyborg symbols in one spin enters your name into the Platinum jackpot. Matching fewer cyborgs enter you into the silver and gold jackpots.

Red Tiger Gaming was among the very first group of software providers to obtain a Megaways license from Big Time Gaming. However, the company didn’t release its game until early this year. The game comes in the form of a video slot with 6 reels adjustable coin sizes and 117,649 paylines.

Matching six scatter symbols across any reel earns you up to 50 times your stake size. You can win up to 10,000 times your bet size although this rarely happens. The best part about playing this game is that you receive four free spins for every unsuccessful bet. If you trigger matching symbols, you earn three more bonuses.

Who wants to be a Millionaire? (Big Time Gaming)

Apart from billionaires, no would hate being a millionaire. That’s probably why the TV show under the same name is so famous. Now, Big Time Gaming is also offering casino players the chance to become a millionaire.

The game constitutes of 117,649 paylines and a 96.24% RTP. It’s set in a small audience hall with a real theater acting as the background. The game uses common symbols like letters and jewels. Like Bonanza, Who wants to be a millionaire? Has changing winning symbols in every spin.

Triggering Millionaire Scatters earn you 8 free spins which you can gamble for more bonus rounds. This works like in the game show. Call a friend and they’re asked a question. If they get it correctly, you earn more free spins. This goes on and on.

Extra Chilli is a continuation of Bonanza. But instead of a Woodland setting, the slot is set in a Mexican chili market. The symbols in this game are also different, features different colored peppers and letters for symbols.

If you’ve played Bonanza, however, it won’t be difficult to spot similarities. For example, winning symbols are replaced with different symbols in quick succession. The biggest win comes by triggering six purple-colored chilies, in which case your bet is multiplied 50 times.

Characterized by higher risks and more potential wins, Megaways are all the rage on online casinos. What started as a bid to introduce something new by Australia’s Big Time Gaming is quickly shaping up into an industry of its own.

So far, there are more than a dozen Megaways slots. Most of the most popular ones come from Big Time Gaming but look forward to more games from traditionally more established providers this year.