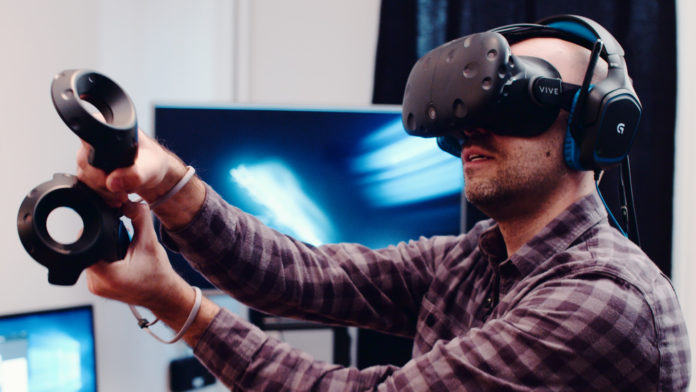 Virtual Reality games like winstar slots can be at times lonely cutting us off from our loved ones with only AI companions and villains beside us. And even though the experience is powerful, it’s isolated.

Don’t despair! There are tons of multiplayer VR games you can indulge in with your fellow VR enthusiasts. Nothing beats a shared game with friends. The teamwork, tight competition and rewarding victory make multiple player VR games a worthy choice.

We’ve curated the following guide with the best multiplayer VR games of all times.

Team up with your friends and embark on a thrilling adventure packed with lots of entertaining experiences. 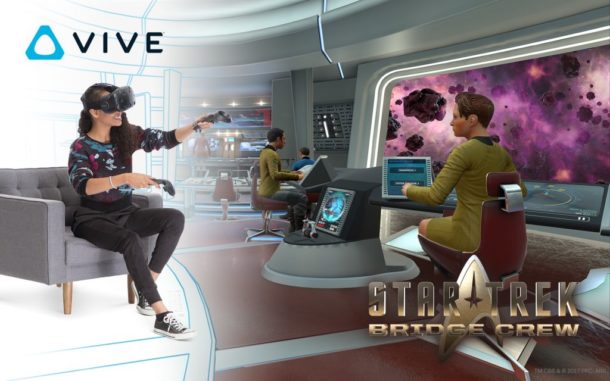 Star Trek: Bridge Crew is a popular choice among star trek fanatics. But you don’t have to be a trekker to experience how binge-worthy it is to sit at the bridge of a starship as you eliminate hostile aliens. This epic 4-player game commands teamwork for success.

Soak in the surreal outer space experience. A great binge-worthy game as you play through half-dozen campaign missions or experience infinite procedure-generated missions in the company of other HTC Vive, Ocult Rift and PSVR owners.

Even though this game is big on shooting and aggressive strategy, Star Trek: Bridge Crew loads on exciting combat to draw you into the game. 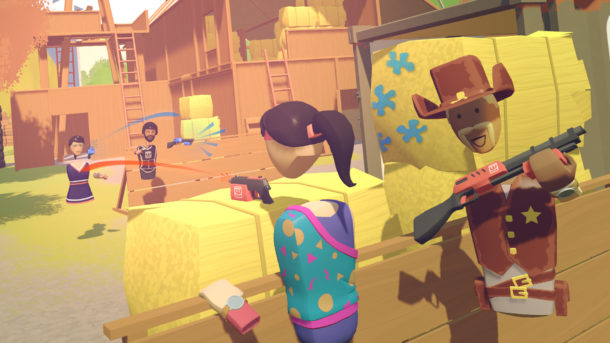 Social apps provide an exciting platform when you get to interact with people in VR; either your friends or total strangers. But if there are no exciting things to indulge in, the novelty swiftly wears off.

Rec Room is the most popular social VR app so far. It is a blend of casual hangout rooms and a variety of fun mini-games. With this multiplayer game you get to experience fun activities such as dodge ball, paintball, paddle ball, 3D charades, and laser tag or disc golf. But the real deal is Rec Royale, the PVP battle royal game.

Even better, you experience all the fun in a cartoony environment and did we mention it’s free? It offers a fun and convenient experience for Ocult Rift owners and HTC Vive who want to kill time.

Keep Talking and Nobody Explodes 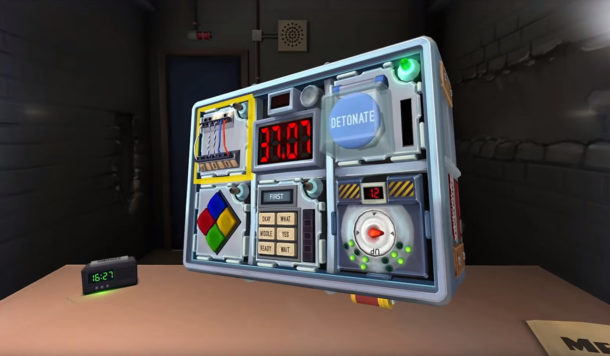 Keep Talking and Nobody Explodes is a virtual reality multiplayer game that’s ideal for players with one VR headset. A single player puts on his VR helmet while his friends consult the manual and guide him/her on how to diffuse the bombs.

The ability to stay calm, efficient communication and teamwork are the heart of the game. This game is available on PlayStation VR, Google Daydream, Oculus Rift and Samsung Gear VR.

It is the perfect game to play with your nongamer friends. Each level gets more intriguing with confusing homonym mazes, passwords and morse codes until your friendships either power up through shared conquests or liquefy into a rage. 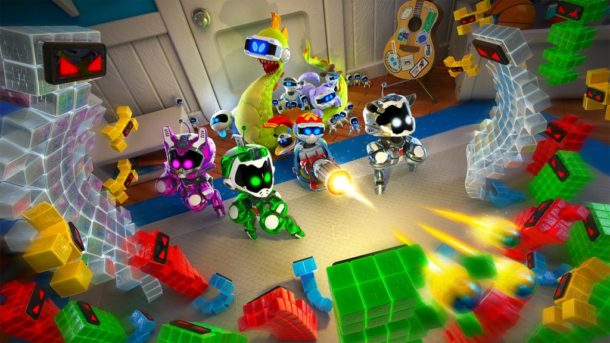 Imagine Mario Party, but every asynchronous mini video game focused on one super-power villain battling four fearless heroes. And here comes the best part, it’s free. This bundled play station VR game turns the VR headset wearer Browser, who takes on or sometimes teams up with everyone else focusing at the TV sans headsets.

In some games, you play a large cat on the hunt for robot mice or a huge sea creature tossing projectiles at fleeing robots. In another mini video game, everyone unites to hound and vacuum up ghosts, Luigi’s Mansion signature style.

Whoever’s wearing the headset, the rest of the room members will be cracking up each other. 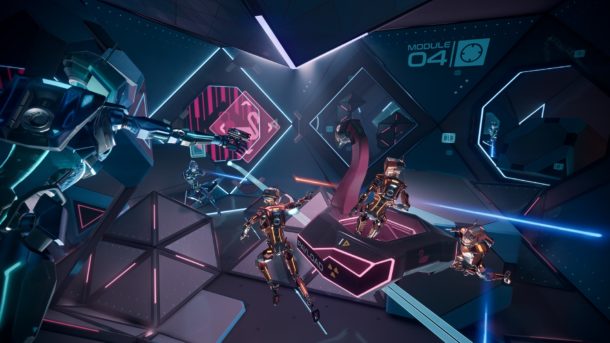 This epic multiplayer VR game offers a true-spin off of the fantastic Oculus-exclusive experience Lone Echo. Echo Arena hurls gamers into Zero-G with only clenched fists and rocket boosters as their arsenal.

They are also tasked with tossing a disc into the opposing target. Turn up your creativity as you come up with techniques to outsmart your opponents or simply dash ahead for a no-gravity boxing duel with your touch controls.

Creator Ready at Dawn also released Echo Combat which dumps Frisbees for lasers and boxing plus a payload to haul into the opposing base. It is ideally an impressive blend of Ender’s game into VR. Plus if you’re thinking of launching a career in eSports, build up your Echo skills with Echo Arena (+ Echo Combat) ahead of the 2019 Oculus tournaments. 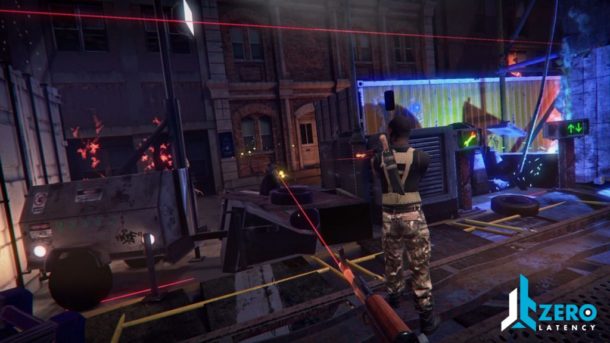 It is played in a unique room lined with cameras where gamers don an Oculus Rift helmet, a backpack, a microphone and are armed with a 3D printed gun. Players team up and face a battalion of zombies. Team spirit is crucial for success in this epic game.

This heart-wrenching horror game is sure to give you body chills. Team up with your comrades for a completely immersive experience. the only downside is there are few “zero latency” rooms in the world with one accessible in Madrid, the capital of Spain. 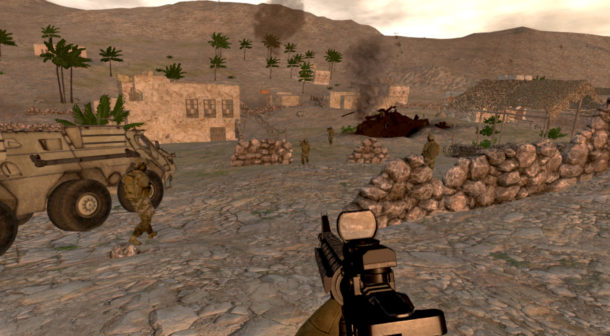 There are countless VR shooter games available for HTC Vive and Oculus Rift. But Onward takes the number 1 spot for the best multiplayer VR game under the military simulator category.

For ultra-slim realism and minimal camera, movement Onward is a solid choice. Its tactical gunplay is of its spectacular features. If you are a fan of FPS games and comradery, Onward is your go-to option.

Coordination, constant communication with your squad and tactical skills is vital to your success. With a loyal fan base, you will need to wait for a while before securing a match. Onward still needs to work on the quality of its graphics.

Take your entertainment to the next level with multiplayer games. When the AI villains come for war, your dedicated team is up to the task. Embark on exciting adventures with your friends and team up for rewarding victories.