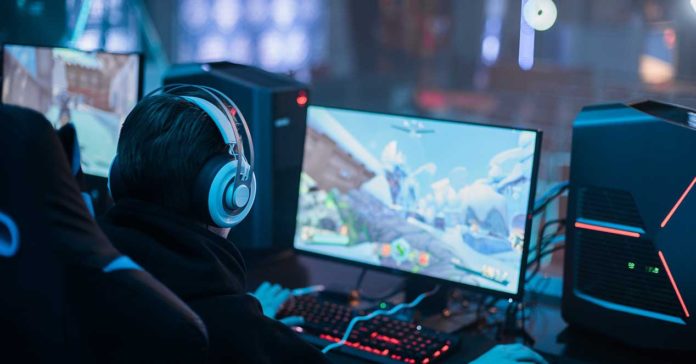 As time goes by, technology evolves. If someone would’ve mentioned to me 20 years ago that we’d have phones more powerful than my own computer or even phones with touchscreens — I would’ve laughed. The digital gaming industry is one of the most flourishing ones, with an estimated $125.3 billion in revenue in 2018.

This means that online gaming is not really a ‘hobby’ anymore – as new ‘jobs’ appeared as Streamers, Content Creators and so on. People are now paying to see someone else play their favorite games and there’s nothing wrong with it. A recent survey by VGW’s Chumba Casino, sheds some light into the lives of millennial online gamers and how their day-to-day are influenced by these games.

90% of respondents are playing mobile games

In fact, from the frequent gamers surveyed – 94% of responded that they play games on their phones, compared to 88% from other age groups. The millennials asked were between 25 and 34 years old, and represented 40% of total survey respondents. Chumba Casino’s survey findings seem to indicate that the widely held beliefs and stereotypes of millennials always being on their phone, in fact, ring true.

35% percent of survey respondents report spending $20 or more while playing – while only 25% of the other age groups report that level of spending. The data suggests that the $125.3 billion industry created is probably one that has a bright future, as a few years ago people spent less on playing games.

Another fact is that millennials are introverted. Not 100% true, but 39%. These millennials said they were skipping social events in order to play online games – while the other groups had only 25%.

And according to a recent report made by BBC – that’s not a bad thing. Gaming on work or at school in small doses can help relieve stress, to cope with a boring role and some of them even give people a minor confidence boost that they highly need.

From the people surveyed, 54% played online games during work hours, 15% played while at school and 14% played both at work and school. This leads to a total of 83% of the surveyed people playing it at work, school, or both.

The report shows that 32.3% of the respondents have made a friend while playing games. And that’s indeed true. Almost a third of my friends or people i usually speak with – I’ve met while I was playing games.

In fact, 34% said that building relationships was their favorite part of online gaming. And according to the report, the respondents that have ‘matched-up’ are exactly 50% men and 50% women.

30% of respondents said that they’ve skipped out a family or social event to play online games. Because gaming is fun, but what’s more fun is playing it with friends. And sometimes, that can be more fun than hanging out with other friends or playing games with a family member you can’t stand.

65% Participated in Online Gaming via a Social Platform

Yep, Facebook and other social media platforms are still a big deal. People play those to pass time or play it with a friend. Let’s remember about the Farmville era when everyone was getting a gift or invite to play games on Facebook.

As annoying as that sounds, people are still playing games on social platforms. Another important fact is that of those surveyed, 55% were female and the remaining 45% were male. 63% of women respondents declared winning as their favorite aspect of gaming, while 54% of men chose the same option.

People between the ages of 18 to 34 are more inclined into starting a gaming career. 63% of them actually want to turn video gaming into a job. For the people above 35, only 44% of them said they would consider a career in that option.

With over 125 million players since it was launched – Fortnite is probably the most played up game right now. In the survey – 41% of men declared that Fortnite was their favorite game. On the other side, only 30% of women shared the same taste in gaming. More than 50% of gamers have made a friend that way – but the most important thing for them is the competition and winning.

And another interesting thing about Forniters is the fact that they don’t look if they spend money. Fortnite reported incomes of $2.5 million per day – as they’ve made $300 million in their first 200 days. 51% of the frequent players paid $20 or more to modify their player’s appearance. Even though that doesn’t make your character stronger – the appearance matters to players. It’s like having new clothes for a normal person.

If you didn’t know so far how big of a deal gaming was – this is it. Gaming is and will probably be a strong industry in the years to come. An industry where people are meeting, people are having fun and relieving stress. Even Elon Musk plays games – and he’s a billionaire. You’d say he wouldn’t have time with the project he tries to build – but sometimes playing a game can be a massive stress reliever and probably confidence booster – if you’re a fan of games where competition matters.

But it is important to know that games needs to be played in your free time – if you’re not a streamer or someone that makes thousand of bucks out of it monthly. Otherwise, it might affect your work and who you are as a person. I’m not saying not to play games, only play them when you have time.

Gaming is something new, even though its been here from a couple of decades. Each year new games appears and frankly as the industry evolves we’ll see new and better games each year. In a year or two – people would probably stop playing Fornite because they found something else more fun. Who knows.