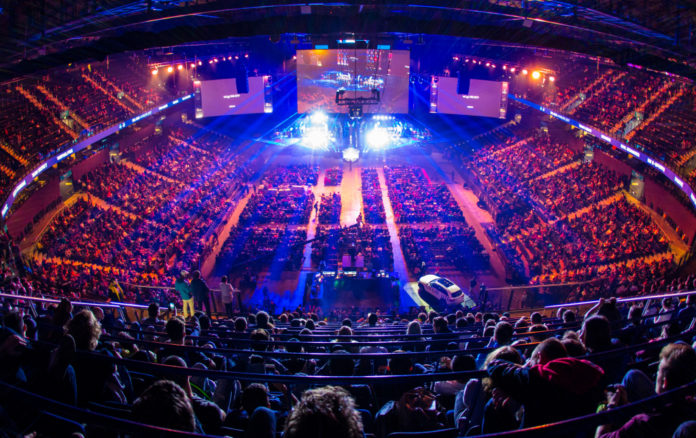 The last few years have been momentous for the esports industry, with the industry growing so much that global esports revenues grew to over $1 billion for the first time in 2019. More and more people are showing an interest and getting involved in esports, whether that be in the form of a player, investor, sponsor or superfan – and this is only going to increase in the foreseeable future!

With so many stories surrounding the industry, we’ve picked out 5 of our favourites below, all with a different focus within the industry.

With the rapid increase in the popularity of esports, questions have been raised about where it fits in with the future of all sport. Advocates for esports will say that it attracts crowds of similar sizes as major sporting events, whereas critics will say that it is simply gaming and goes against the very definition of the word ‘sport’, which should include physical exertion allied to a particular skill. Many say it is the future, and the Olympic committee appears to agree, with the announcement that they are in talks to include esports in the 2024 Olympics in Paris. However, the committee has said that esports would only be included as a ‘demonstration sport’ – meaning it is played to promote it only and would not be considered for medals. Badminton and taekwondo started out as ‘demonstration’ sports though, so you never know.

Team Origen
Although there may be no physical activity involved when competing in esports, that has not stopped League of Legends team Origen from insisting that their roster train like traditional athletes. This, ironically, being the polar opposite of what happened in traditional sports which were revolutionised by technology, with sports science and other statistical analysis helping players reach their peak physical performance. The reason behind Origen’s regime is the theory that their player’s diets and lifestyles should be healthy, giving them better concentration and coordination when competing. This certainly rang true, with the team securing 11 wins out of their last 13 matches last season after 1 win in 4 before their training began.

France’s Team Vitality, established in 2013, first gained the attention of the media with their 2015 entry into the professional League of Legends. Since then, they have gone from strength to strength, entering teams in a variety of divisions, such as F1, FIFA and Fortnite, amongst others. Tech entrepreneur Tej Kohli took them to the next level in 2018, with a $37 million investment. Kohli’s backing comes as a result of his belief in the growth of the industry, and with Vitality, he saw the perfect opportunity. With Kohli’s investment, the only way is up for this ambitious team.

Those who are familiar with social media site Twitch would describe it as a ‘live video streaming service’ but it is also a site where users can watch people play video games in their bedrooms. Parent organisation Amazon helped to establish the site in early 2011, and since then it has gone from strength to strength. Nowadays, the site has 15 million daily active users, with 2-3 million monthly broadcasters. Richard Tyler Blevins, or Ninja, was the most popular broadcaster in 2018 – with 10.4 million followers – which was boosted by the appearance of rapper Drake when playing Fortnite in a momentous crossover of gaming and popular culture. Drake discussed pineapple on pizza, the future of fortnite and his own fortnite playing-schedule. Nowadays, Ninja has left Twitch in a dispute over his brand and joined Microsoft’s own streaming site. A development certainly worth watching.

Arslan Ash
Arslan Ash, a 24-year-old gamer from Lahore, Pakistan, grew up in a middle-class family and, with support from his parents, was planning to become a Doctor. The fact that he has become the best Tekken player in the world says a lot about how this young man’s life has changed. At a young age his father passed away, and with his mother working two jobs, Ash soon had a decision to make on whether to pursue gaming or his studies. Despite the pressure from his family to choose his studies, Ash decided to pursue his passion for gaming, believing it would earn him more than a career in Pakistan. His decision proved to be the correct one, with Ash winning a number of titles and being named ESPN’s 2019 esports athlete of the year. As for his Mother that worked two jobs, Ash told her to stop working and start enjoying life – “as she should”.

Esports is gaining more attention all the time, and stories like the ones above demonstrate how much the industry is growing. Expect to hear more esports stories in the foreseeable future.