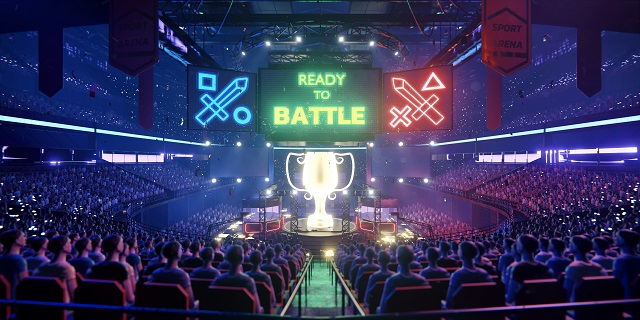 The world of eSports has grown significantly over the last decade, becoming the billion-dollar industry that it is today. Just like professional athletes, a lot of people have also made a career out of eSports.

A lot of people who turned pro have succeeded in earning millions from playing video games. This wouldn’t be possible if it weren’t for the high cash prizes offered in eSports tournaments. Every aspiring eSports player along with their team competes all year round just to punch their ticket into one such tournament. After all, what’s a professional gamer will do apart from competing in these prestigious and high prize tournaments?

This article would discuss four gaming tournaments with the biggest prize pool in eSports.

Ever since its iteration in 2011 with a prize pool of USD$1.6 million, which was unheard of at that time, no other eSports tournament has the biggest prize pool than Dota 2’s The International.

It’s the biggest gaming tournament in the eSports industry when it comes to prize pools, which is why the winners of this annual event are always featured in the list of the world’s eSports richest stars. Not to mention that its prize pool is increasing every year. From USD$1.6 million in 2011, the prize pool has ballooned to USD$40 million in this year’s The International 10. The reason why all The International events have high prize pools is that it’s crowdfunded by its players.

Valve distributes the USD$40 million prize pool to all the participating teams from different regions around the world, with the winner taking USD$18 million.

Fortnite entered the eSports world with a bang in 2017. It instantly became a hit—everyone talked about Fortnite and it became the most-watched game on Twitch. There was just an overall fever for the game when it was launched.

Thanks to its immense popularity, Epic Games (the company behind Fortnite) managed to earn insane amounts of money in such a short period. Two years after it was launched, Epic Games hosted Fortnite’s World Cup Finals, which made a mark in eSports history as one of the highest prize pools. The total cash prize for the event exceeded USD$30 million, which is unexpected from a game that just launched two years ago.

Today, Fortnite is still very popular, but people haven’t seen the same prize pool from its tournaments since 2019. Regardless, the Fortnite World Cup Finals is still one of the annual gaming tournaments with the biggest prize pools in eSports.

The LoL World Championships is the biggest annual professional tournament in League of Legends. It’s also the most-watched eSports annual event in history with millions of viewers from around the world, making it the largest eSports tournament when it comes to audience count.

Even though its annual total cash prize isn’t at the same level as The International or the Fortnite World Cup, it still boasts one of the highest prize pools in eSports. Riot Games (the company behind League of Legends) don’t offer huge prize purses as most of the teams competing in their tournaments are already earning a lot from franchised leagues and profit-sharing deals.  Regardless, the LoL World Championships still has one of the biggest prize pools in eSports history.

The PUBG Global Championships is the annual event of the competitive season organized by the PUBG organization. This is where the best teams compete with each other and get an invite to participate in the prestigious tournament.

It’s also one of the gaming tournaments with the biggest prize pools in the history of eSports. In 2019, the tournament boasted over USD$4 million in total cash prizes that are distributed to its participants and winners. In this tournament, 32 teams will be competing against each other to determine the winner in this battle royale game.

PUBG Corporation brings you another season of its ever-competitive game. This year, the PUBG Global Championships is slated to kick off this coming November with an initial prize pool of USD$2 million. That number should increase as the prize pool is crowdfunded.

These eSports tournaments are famous for their large grand prizes. So, if you’re a professional eSports gamer or an aspiring one, you should develop more passion for the game you’re playing and master your craft so you can be good enough to participate in these events and get a chance to earn millions. Consider the ideas mentioned here as you look for a suitable tournament for you.