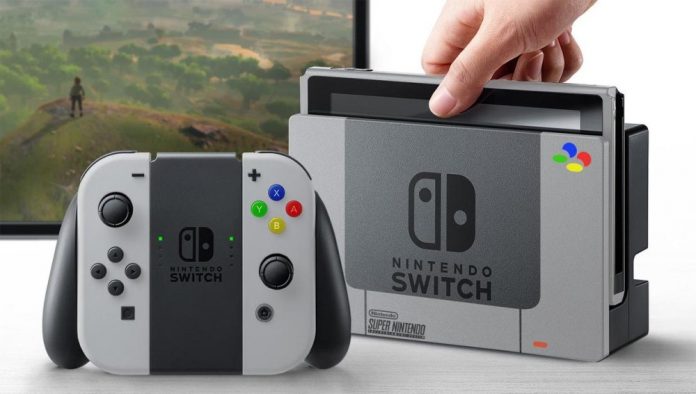 We knew that the Nintendo Switch was coming for a while now, but it was on January 13th that Nintendo officially unveiled their console and offered us a ton of details on it, including the launch date: it will be released worldwide on March 3, 2017 and there are a bunch of impressive surprises attached to it, including brand new games! 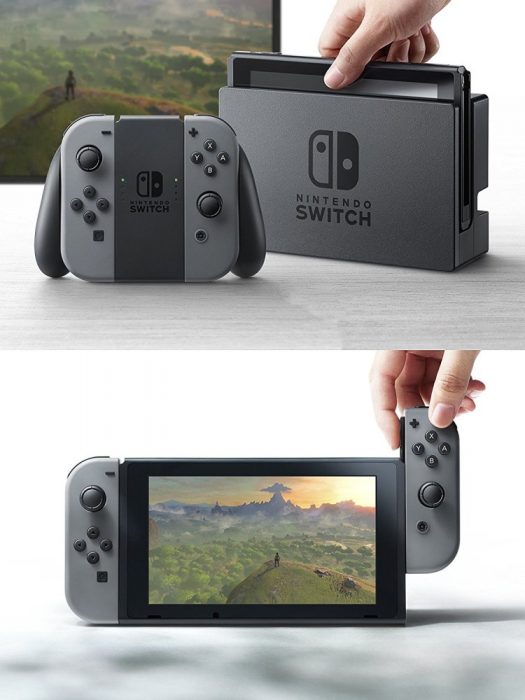 Where to get your Nintendo Switch

If you’re looking into buying the console (or pre-ordering it right now), here is your chance: click here and have Amazon deliver it to your door. For UK & Europe, click here to access UK’s Amazon store in order to cut the costs of shipping.

Now back to the Nintendo Switch – let’s find out all the official goodies and details. In the end – were we right to be so hyped about Nintendo’s upcoming innovative gaming console? To put it short – YES. Here is why!

The biggest selling point – and definitely the most amazing feature of the upcoming gaming console from Nintendo – is the fact that you can turn it from a regular console that lets you play games on your TV into a portable one thanks to its built-in screen and detachable dual controllers called Joy-Cons. Co-op gaming is, therefore, a breeze and you can even connect multiple Switches in order to bring in even more players to the fun house! 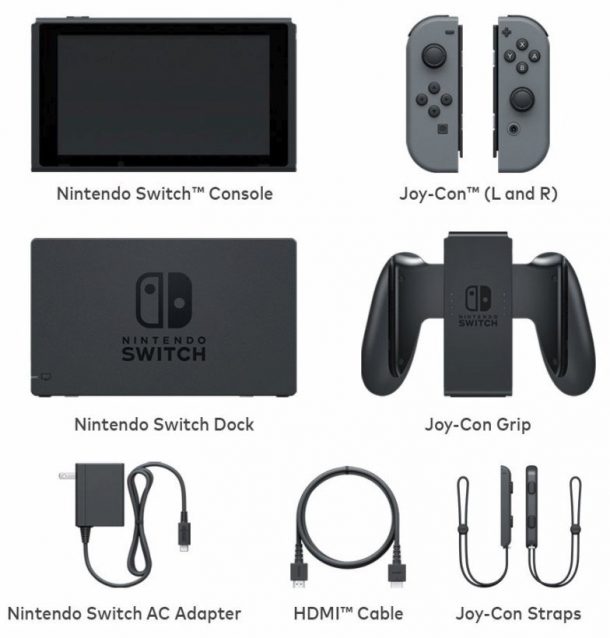 Other interesting and more technical aspects are the fact that, finally, the console will not be region-locked, meaning that games purchased anywhere in the world can be played… anywhere in the world! The company will also set up the Nintendo Switch Online Service, which allows you to set up matches and chat with your friends using your smartphone as well. This service will be available as a free trial, but it will cost afterwards and pricing details were not revealed yet.

What games will be available on the Nintendo Switch?

Just like the original Wii, Nintendo’s latest console will focus heavily on fun, party games that are insanely enjoyable when played with or against your friends. They Joy-Cons are an improved version of the Wiimote and offer all the goodies it did: motion sensors, accelerometers, an NFC reader and writer and more.

But the console won’t only offer casual, fun games. It also plans to bring AAA titles that more dedicated gamers love playing on other consoles or their PC. Here is a list of titles announced so far for the Nintendo Switch:

More than 80 titles are in the works from major developers, with EA announcing (of course!) an incoming version of FIFA; Square Enix announced Dragon Quest X and Dragon Quest XI as well as Dragon Quest Heroes I and II, plus a brand new RPG titled Project Octopath Traveler which, judging by its name, will also use the Joy-Cons to the maximum.

Have in mind that not all these games are going to be available on launch, but we’re still going to have a lot to play when the console comes on March 3. And we have all the reasons to be excited!

I believe that you don’t have to be a Nintendo fanboy in order to appreciate this innovative console. There are people who say that traditional gaming consoles are dead or dying – which I personally don’t believe to be true. However, the Nintendo Switch makes an amazing transition to the next level and offers a great mixture of traditional gaming and steps into the world of mobile gaming as well. Which is absolutely amazing.

So you definitely have to own one and enjoy it with your friends and family! Again, if you’re planning to order your console now, you can do so here on Amazon or here on Amazon.co.uk (for UK & Europe). Enjoy!