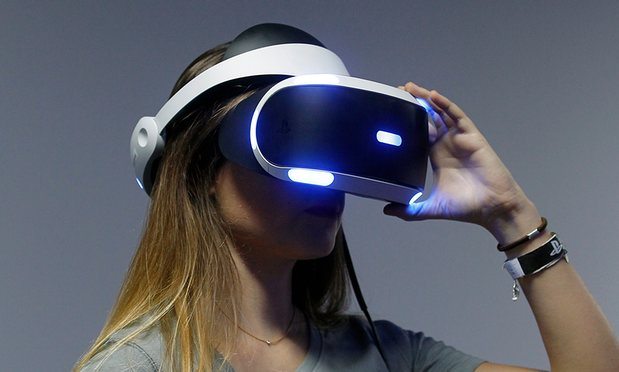 With the upcoming release of Half-Life: Alyx this month, Valve’s return to the Half-Life franchise that is set to be VR’s killer-app and ‘must-have’ going forward, the Virtual Reality platform has never had a stronger foothold. Described by the Stream creators as a ‘Flagship’ VR title, it could be the immersive experience that forces people to start taking the technology seriously as the future of entertainment.

Sure, the initial barrier of entry caused by the high price is a hurdle that is difficult to get over for some, and there is also the issue of space, as you need a clean room or area to move around in a while playing. However, with so many different companies offering a wide range of different hardware to experience this immersive entertainment medium, it’s accessible and easy to get involved with if you already have some form of PC-compatible unit.

With previews and advanced looks at the title praising it massively, these huge strides in the gaming world are impressive and worth taking note of, but they’re not the only strides that VR is making. A technology that has a huge amount of uses and applications outside of just entertainment, you might be surprised to hear some of the uses of VR in the modern-day.

Uses outside of games

Virtual Reality technology has come on leaps and bounds in recent years. It is increasingly being adopted by a huge number of different companies, not just for entertainment purposes and in the games industry, but also in industries such as investment, and even in training and simulation for highly-skilled jobs. Here are a couple of different examples of virtual reality being used outside of the gaming sphere.

With cities surging in popularity as places to live and work, property developers and investors are struggling to keep up with the residential tenant demand in urban areas, and many projects and developments are consistently in progress. Off-Plan development, an investment strategy that sees buyers purchasing a property before it has been built and is still in the planning phases, allows for early-bird access to these in-demand areas. Still, some are understandably trepidatious about a tactile investment that is not yet tactile.

Luckily, VR is one of the tools that’s being used in an innovative way to combat some of this uncertainty. RWinvest, for example, a property company that specialises in off-plan developments throughout Liverpool and beyond the North West area, utilise ‘Virtual Viewings’ through VR as part of their investment package and journey for prospective buyers, allowing them to truly get a feel for what their property will look like upon completion. This is much more immersive and effective than the average floorplan or 2D image, even though they are helpful, too.

Offering an immersive simulation of not just fantasy environments but also real-world, detailed events, VR provides some businesses with the opportunity to train their staff in a risk-free way that has never before been possible. Surgeon training is a good example of this, for example, as it’s something that a trainee cannot necessarily get first-hand experience of due to the risk involved. So a VR simulation will allow them to get a first-person perspective on the process. Versions of VR technology are even being used as part of NASA’s advanced simulation technology that is used to train up astronauts before they get shot off into space. It seems that the potential for VR in the coming months and years is astronomical.