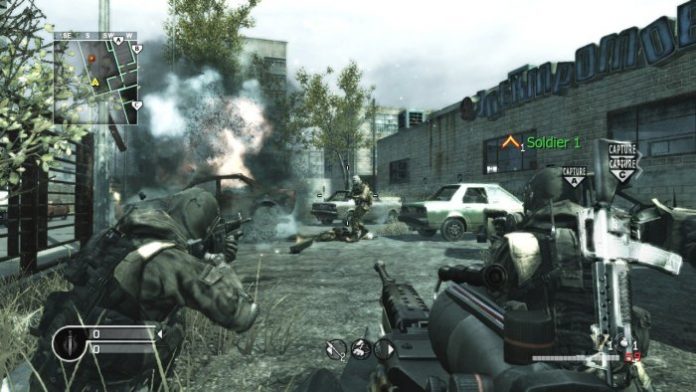 With the next generation upon us, there is an opportunity for developers to push the boundaries in a genre that really has not changed in over 5 years. First person shooter games are some of the biggest and most profitable games on the planet but ever since the release of Call of Duty 4, the genre has failed to really take any steps forward. Most games have just been trying to emulate what is now thought of as one of the best FPS in recent memory and Call of Duty itself has never improved significantly. With Infinity Ward’s latest release, Ghosts, even hardcore fans of the franchise are starting to pull away while the rest of us who have been wanting so much more for years have been given yet another poor attempt in a genre that is seriously lacking any kind of creativity.

However with the release of the Playstation 4 and Xbox ONE, and players looking for something new and exciting, there is a space in the market to become the next-big-thing and shape the genre for years to come. Call of Duty seems to be happy to satisfy its audience and does not have much motivation to change so, for the next year at least, the opportunity is there for 4 games to break away in a very competitive market. Killzone Shadowfall and Halo 5 are both big franchises taking their first steps into next-gen while Titanfall and Destiny are hoping to provided new ideas and find their place in the market.

Early reviews of Killzone Shadowfall have been mostly positive without being spectacular. Graphically the game looks impressive but it does not seem to be doing anything new. Fans of the series will no doubt enjoy it but it has never been on the same level as other FPS games out there. The gameplay has been solidified, but it has always lacked in the single player capacity in comparison to Halo and multiplayer has never stood up against the vast majority of its competitors. Killzone does not seem to be the franchise to take many chances and with the release of this new title it is unlikely to change in that stance.

Halo will always be popular. An engrossing world with so much back story and likeable characters makes for great campaigns and the most balanced multiplayer around creates a game nearly every FPS fan will enjoy. With extra features like forge mode give the game so much value, but what does it need to do going forward. The biggest problem for 343 Industries is keeping the fans happy but also allowing new players to jump into a game that has a much larger learning curve than other FPS games. Halo 5 will have new features, they always do, and there will be some gameplay tweaks to keep the franchises moving forward but for some people that will not be enough. I don’t think they need to change much however, Halo has always had its place and hopefully they remain true to what makes the franchise great, instead of trying to appeal to possible Call of Duty players looking for a new title.

The two games that we should be looking at as possible innovators are Titanfall and Destiny. Both games are getting a lot of hype which will only continue to grow as we get closer to the release dates. However both games seem to be trying different approaches. Titanfall is aiming directly at the multiplayer aspect while Destiny is looking to try and bring something new to the campaigns of FPS games.

Titanfall could be the answer to everyone looking for something new to the online-shooter experience. Fast paced gameplay similar to Call of Duty combined with the verticality and scale of the maps with the parkour movement style, not to mention the Titans themselves, should all come together to give players a new and exciting experience. How it will perform will come down to the how well it is received by players but it does look to be trying new things. And that is why people are excited about it. If it does well it will make other games take notice that people want something new when playing online and hopefully it will impact other games as well.

The multiplayer of Destiny, for now, is taking a back seat to the new almost MMO single player which is something we have never seen before. I’m sure it will be fully developed but for now the single player does seem to be the main focus of the game. We all know the quality of games that Bungie produce so I have no doubt that the game will look amazing and will be great fun to play. The premises of a whole host of players experiencing a huge new world that will operate similar to MMO games is very exciting and is breathing new life into the campaign that has mainly been written off in FPS games. How this complex idea will come to fruition will require a lot of effort from Bungie’s part but hopefully it all comes together and pays off.

The FPS genre is something that needs an injection of new ideas. The biggest area that games need to focus on is implementing new gameplay elements. Franchises like Shadowfall and Halo hopefully will provide fans with the great games they enjoy while the new ideas from both Titanfall and Destiny will hopefully take the genre forward into bigger and better things. If they do games like Battlefield and Call of Duty in particular will have to really show some real improvement and effort if they are to remain the top of the food chain. Adapt or die.