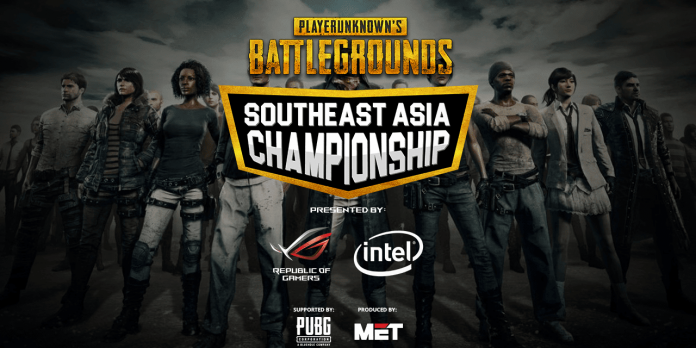 Thailand is a country that has not just embraced video gaming, it has elevated it to the next level – where esports are. One game to make impression on local gamers is PlayerUknown’s Battlegrounds, a battle royale-style of first/third-person shooter where the rules of engagement are very simple.  Be the last man or team standing and win a title. The game has been a popular pastime for many, but more competitive-minded Thai players have decided to really give it a shot and see if they can turn the game into a competitive title.

As it turns out, PUBG is quite popular around the world, and with a player base of over 444,000 concurrent players, it’s easy to see why so many players are actually looking to play the game competitively. But it’s not just that, is it?  There is a huge interest in competitive PUBG in the country and the reasons behind that are really all so simple. To put it very simply, there is the PUBG Mobile Pro League in Thailand that plays in seasons.  In 2021, we are witnessing the fourth season of the circuit and that is interesting to watch and behold. Fans of PUBG and esports are able to get themselves really caught up with current events as it makes for a simple enough structure and competitive ecosystem in which Thai players simply thrive.

Why Is PUBG So Popular in Thailand?

For any game to be popular as an esport, it would need either of two criteria (and often both to be met). In the early days of esports, many people would just root for a game and praise it for its competitive profile, welcoming it into the family.

However, from 2011 onwards, a huge sums of money has been driving the competitive scene. Many games got a boost from the money that is being invested in them, but not all took. Fortnite is a lot of fun as a casual game, but the esports community isn’t that well-developed despite Epic Games’ better efforts.  PUBG on the other hand has been excelling at many things in Thailand, including cultivating a loyal player base as well as introducing the right competitive structure (with serious financial backing to make it all come together). Here are the factors that determine a successful esports community:

There have been many successful events, too. The PUBG Thai Series 2020 had some of the most promising we have seen, enjoying huge backing from numerous organizations. You have WePlay Xiaomi Thailand, Esports Fight Club and many other organizations hearing the rallying call of gamers and making sure that there are sufficient opportunities for the game to truly thrive.  Players are naturally enjoying the game and its popularity is growing. So, to circle back to the original question, the game’s popularity is simply increasing because there are the factors that determine its further success as it is.  Many players are interested in exploring the competitive scene and they have the opportunity to do just that. PUBG is definitely a hit in Thailand as it should be.

Thailand as an Asian Hub for Esports

Thailand is quickly shaping up as one of the most capable nations when it comes to esports. The teams that participate in esports contests in Thailand are actually some of the best and they have been quickly proving their worth.  PUBG is naturally one of the big games that people get involved with and that makes perfect sense. Players who are keen on pursuing a career in esports will probably be happy to find out that they can do so in PUBG and if they are born in Thailand. The local ecosystem allows rookies to grow into full-fledged professionals who are capable of consistently delivering on sterling performance. There is a lot that can be done to get started on the road to being an esports pro and that is precisely why Thailand has made sure to cultivate all possible options.

From being a grassroots competitor to joining a serious team and competing at the highest level, there are numerous options waiting for you. Players who are keen on honing their PUBG skills will have plenty of such options to do just that as well.