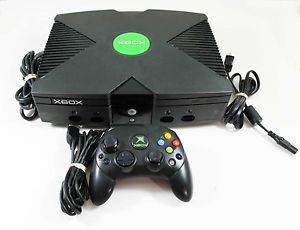 In quite possibly the last interview the man will take as Microsoft CEO, Steve Ballmer told CNN that it was his decision to greenlight the original Xbox. It was one of Ballmer’s first major decisions as new CEO, after taking over for Bill Gates. Though Gates was “all-in” on the idea, it was Ballmer who spearheaded the project.

Making Microsoft into a videogame company “was my decision, my accountability,” Ballmer said. “I believe in accountability. I’m in. I’m accountable. I’ll make this work–not that I had to drive it–but we had some bumps on the road. And it was important that I stay accountable, stay patient, and stay behind the decision that we made.”

Ballmer spent roughly 6 months conducting thorough research and business review to make sure the gaming industry was a viable commercial venue for the North American company, according to former Xbox boss Robbie Bach.

“He was willing to step out into a space that Microsoft had never been in, look at a business model, and say this is something we need to try,” Bach said.

As can be obviously seen now, Ballmer’s decision proved to be a wise move as Microsoft has become a videogame giant, sharing roughly one-third of the market space with Sony and Nintendo.

The company has released three consoles in its young history as a videogame console manufacture, including the Xbox One, which saw a healthy debut in November. The consoles has gone on to sell 2 million units worldwide.