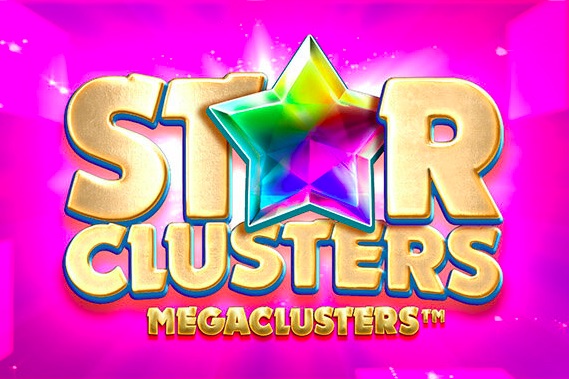 Ask any video slots fanatic who are the biggest names in the business and more often that now, somewhere in their list will come an Australian software studio that goes by the name of Big Time Gaming. BTG, as they are known by their fans, have revolutionised what was once a pretty tired and generic part of the online casino industry. Back in 2016 they released a game called Bonanza, a video slot that would start a new craze thanks to a unique new expanding reels game engine called Megaways™.

Bonanza wasn’t the first BTG game to use the Megaways™ slots mechanic but it was the one that catapulted this innovative studio into the mainstream. Since then the Megaways™ format has gone stratospheric and not only have Big Time Gaming released countless titles under the trademark, including classics like White Rabbit, Monopoly and Who Wants To Be A Millionaire, but they have also licensed the engine to rival studios like Red Tiger and Blueprint who are building their own Megaways™ catalogues and bringing alternative themes and narratives to the games.

So, what made Megaways™ so popular?

Well, for the first time since video slots went online, someone thought to try something different with the standard layout of these tried-and-tested casino games. Nik Robinson, CEO of Big Time Gaming, and the driving force behind the company’s innovative approach to game building, came up with the idea of changing the number of rows on each game reel after each spin. In a Megaways™ game each reel normally contains anywhere between 2 and 7 symbols, so that when they are all fully expanded to 7 rows deep, a total of 117, 649 paylines are in play. This is calculated as 7x7x7x7x7x7.

But this is not the only characteristic of Megaways™ slots. They are also typically very high variance, which means that the payouts are less frequent than normal video slots, but when they hit, they are bigger values. Big Time Gaming have also used their skill and experience to devise very dramatic sequences of events to trigger these huge payouts to add drama to the game. Typically they use slots features called Progressive Multipliers and Free Spins, well known and much loved by high risk slots fans.

When you put all this together you have a series of games that has breathed new life into the industry and elevated Big Time Gaming to the status of rivals to giants like NetEnt and Microgaming. Megaways™ games are alsonow the go-to titles for hardened gamblers and slot streamers alike – the latter are regular video slot players who live stream their play to audiences via Twitch and You Tube and have a big influence on current trends.

What is exciting for the gamblers everywhere is that rather than rest on their laurels, Big Time Gaming continue to innovate and deliver new and exciting game formats ever year.  And nowthey’ve turned their creative attentions to ‘the grid’, a type of slot in which the reels are replaced by a 4×4 or 5×5 grid and rather than reel spins, each play starts with all symbols falling off the grid and new ones dropping in to replace them. In these games instead of filling paylines players must create clusters of identical symbols to trigger wins.

What follows is a quick preview of the next in a long line of ground-breaking slots by Big Time Gaming. It’s called Star Clusters Megways™!

The important things to know about this game is that like it’s Megaways™ sister slots, Star Clusters will be a high variance one. That means irregular payouts, but high value when they drop. Bear this in mind should you choose to play. The Return to Player (RTP) is a standard 96.54% which means for every £100 wagered, on average you will get back £96.54 in winnings.

The other stand out figures from the game profile is a top payout of 23,000x a player’s stake – that means if you stake £1 it is possible to win £23,000 back! Don’t hold yourbreathe though – such wins will be extremely rare!

The genius of Star Clusters is what happens after each win. Forming clusters of five or more identical symbols triggers a payout and simultaneously causes each symbol in the cluster to break up into 4 smaller ones. If more clusters form, more wins are triggered, and this time winning symbols drop off the grid to be replaced by new ones.

Star Clusters also comes with a cool free spins round. It kicks in when five or more consecutive wins like those we just described occur. Then the grid expands to an 8×8 format. To make things more interesting, as well as standard Wilds there are Gold Wilds in the game. They can replace any other symbol in the paytable to help form a cluster, and when they do, they add a 1x multiplier to the win calculation. So, 2 gold wilds in a win and the total payout is multiplied by 2x. This feature is reminiscent of some of the best moments of Bonanza and is sure to lead to some killer win sequences from Star Cluster.

This all sounds like classic a Big Time Gaming slot and fans of the studio are very excited about its release in June 2020. If you are a regular slots player or new to the games, be sure to check it out. It will be available at pretty much every casino online in the coming weeks. Have fun, and gamble responsibly!