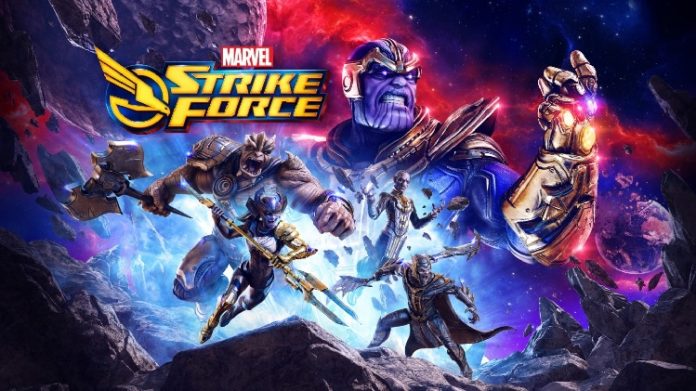 Mobile phone games are fun, not to mention that they are easily accessible as well. If you are a fan of the Marvel-verse and the superheroes, the chances are that you know about Marvel Strike Force. The game is available for Android and iOS and features the leading characters like Captain America, Doctor Strange, Spiderman, etc.

Throughout the game, the players have the autonomy to collect their favorite heroes and villains along the way. However, one needs to have an idea of the importance of each character and the kind of importance they have in the game.

This Marvel Strike Force Tier list should give you a better idea about the characters and makes it easier for you to decide which characters are worth investing your time on. Doing some will enable you to create a better squad in the game and get higher rankings.

Marvel Strike Force is a mobile game developed by FoxNext Games and Marvel. The game is available for Android and iOS and was released on March 28, 2018. Since then, this RPG game has gained immense popularity among gaming enthusiasts.

The game involves varying modes and strategic gameplay experiences in the PvE mode. With each progressive level, the players win more prizes and make the most out of the experience.

Winning each level in the game enables the players to win their respective “experience points (XP) that contribute to special powers to the player. The players can leverage this unique power to attack or defend themselves in the game.

Another unique feature of this game is the guild system. Under this, the players can rightfully team up with friends or even online strangers to complete the levels by building teams.

If you are entirely new to the concept and don’t know much about the tier list, let us clarify that first. A tier list is a ranking list of the game’s different characters or even items.

The Marvel Strike Force Tier List involves ranking the individual superheroes and villains (and even items) in the game from the best to the worst. Having an idea about the same allows you to pick the correct characters for your team and go for the big win.

This Marvel Strike Force Tier List goes from SS tier to D tier. The SS tier is the best, and the D tier is the worst on the list. But, how are these rankings concluded? They are based on:

We will further clarify the class tyles of the villains and heroes in the game in the next section of the article.

Each and every single hero and villain in the Marvel Strike Force have dedicated class types. These involve a few categories, including:

Controller – involves the heroes that have the power to disable their opponents using their characteristic powers for multiple turns.

Protector – involves the game’s characters that prioritize applying defense on self and even eliminating the adverse effects.

Brawlers – the heroes that apply bleed on their opponent or enemy to prevent them from acquiring and storing energy to fight back.

Support – involves the heroes blessed with the power to heal and buff their allies and eliminate the harmful impacts.

Blaster – involves the characters with varying powers to deal with the damage inflicted on multiple enemies at a time.

Next up, we will walk you through the individual tier list and the kind of characters involved in the equation.

As we mentioned, the S-tier is the best in the list and includes the most powerful heroes and villains in the entirety of the Marvel Strike Force game. If you can, adding any character from this list can improve your team’s quality and give you an upper hand to take down the enemy in question.

Following in second in the ranking is the S-tier, which includes amazing characters that can assault their enemy and contribute to healing the allies.

The A-tier is where you have the mediocre-performing and powerful characters in the game. They aren’t the most powerful but they do have some autonomous abilities that set them apart.

The B-tier list includes the list of characters that perform above average throughout the game. There are certain flaws to them but they have unique traits to them as well.

This includes the list of less powerful characters that won’t stand against your enemies or be proactive in defence as well. However, they can help out in certain challenging instances during the war.

If we had to regard one of the weakest characters, they fall under D-tier. You will get the genetic traits and characters under this.

If you are new to playing the Marvel Strike Force game on your smartphone and want to excel, keeping this tier list handy will help you out. Just ensure that your target is to acquire the characters in the higher tier and forego the ones in the lower tier as we have explained.