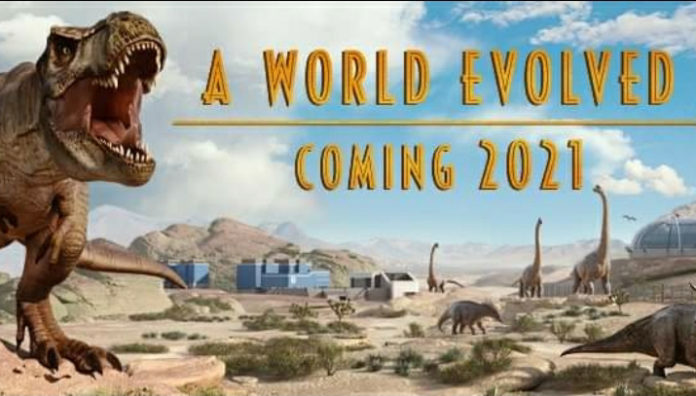 Save the date: November 21st, 2021. In the meanwhile, pre-orders are open for the new installment in the most beloved dinosaur-based park-management franchise. Jurassic World Evolution 2 will be available for Xbox One, Xbox Series X and S, PlayStation 4, PS5 and PC. You cannot wait to take a stroll among your favorite dinos? Then help yourself to a harrah’s casino promo code and keep yourself busy with its vast array of games of chance. They can give you some insight in chaos theory, that will come in handy when you get ready to jump into Jurassic World.

Chaos theory is one of four modes available to move around the game, the other three being campaign, challenge and sandbox. The new installment is much more complex than the first Jurassic World Evolution, by the same publisher, Frontier Developments, which launched in 2018 and is based on the movie “Jurassic World: Fallen Kingdom”. In that first game, the player found himself in an empty template of a park, had to fill it with dinosaurs and create a successful theme park, while avoiding that anybody got eaten.

Who expected an adventure game could have been disappointed since Evolution is more of a simulator. More than lots of action and dramatic dinosaur chases, there is a lot of planning and economic micromanaging involved. Once you get into the spirit, it can become very addictive, especially the part about breeding dinosaurs.

Jurassic Evolution 2 is designed to happen after the events portrayed in the movie: the “campaign” mode fills in the gap with a storyline that guides the players through the sequel. The story begins with a poacher ring breaking up and dangerous dinosaurs free to roam about. The player needs to build a sprawling dinosaur wildlife park and get the creatures there. “Chaos theory” mode is equipped with inserts from the film franchise but lets the player explore “what if” scenarios.

“Challenge” mode gives the player access to Jurassic World Evolution’s dino gene pool of 75 different species, including two new additions, flying and marine dinosaurs. Players breed their own dinosaurs and also all the park’s facilities from scratch. The “sandbox” mode leaves total freedom to the player to choose his own parameters without limitations.

The settings for Jurassic World Evolution 2 are no longer limited to the Muertes Archipelago like in the first game. The gameplay starts in the snowy mountains of Washington. Among other innovations, there is a supporting team of scientists, velociraptors capable of hunting in packs, and gyrospheres that dinosaurs can attack. As builders and managers of the whole amusement park, players are given the complicated task of managing both physical infrastructure and personnel (including park rangers). They need to keep into account a long series of details, from the environment each species of dinosaurs needs to possible burnouts of the scientists. If you are looking for a game of shooting dinos around, you might find this one too challenging and slow-paced. But if you like an intellectual challenge, you will definitely get addicted to Jurassic World Evolution 2.