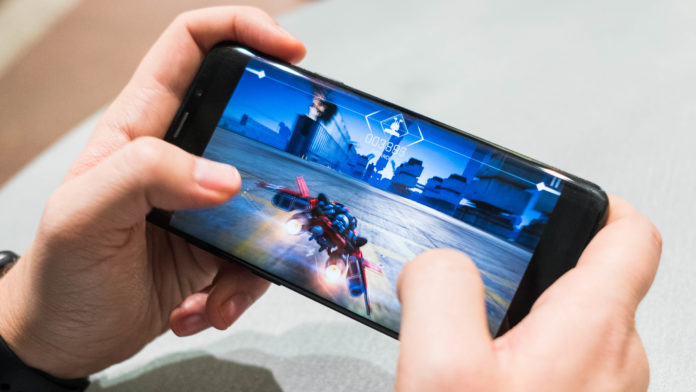 Over the last few years, mobile optimization has been central to revolutionizing a wide array of different contemporary industries. The process itself, which involves adjusting content to ensure a more refined user experience on remote devices, has resulted in increasing numbers of traditional and up-and-coming genres finding success on hand-held devices, such as smartphones and tablets. So, let’s take a look at how mobile optimization has altered the gaming industry.

Fundamentally, one of the primary reasons why modern-day developers have sought to target the mobile aspect of the gaming industry relates to ever-changing trends in user preferences. According to a poll conducted by Tappable, a mobile strategy agency based in the UK, smartphone gaming is now the preferred platform among 42 percent of gamers.

Crucially, and, perhaps unsurprisingly, convenience is at the very core of this mobile revolution. In July 2018, Plarium released their free-to-play strategy game, Raid: Shadow Legends. The game’s developers have seamlessly created a structure that enables gamers to alter between desktop and remote play. Although further numbers of in-depth settings can be modified on Macs and PCs, the premise of the game remains the same, ensuring that prospective players can conveniently switch between platforms. Moreover, the title’s cross-platform nature enables for all in-game components, including game progress and purchases, to be synced between desktop and remote devices.

Furthermore, as well as providing a convenient approach to the increasingly-popular strategy genre, heightened focuses on mobile optimization have been pivotal to the recent success of the iGaming genre. In recent years, there have been growing numbers of operators targeting the mobile market because of the sector’s undeniable potential. At the time of writing, sites such as Legal Betting have created a list of the numerous online casinos in the US that have optimized their desktop sites to ensure that traditional casino games, including baccarat, blackjack, roulette, and many more, in addition to live dealer games and video slots, can be conveniently enjoyed on remote devices.

While, as mentioned above, mobile optimization has played a pivotal role in raising interest in several gaming genres, the process has also been instrumental in attracting new audiences to remote platforms. Primarily, this is because of the newly-developed convenience that enables modern-day gamers to play some of their favorite console games on hand-held devices without being limited by the wired restrictions of traditional consoles.

Two years ago, it was announced that Fortnite, which won The Game Award’s Best Multiplayer Game in 2018, would be crossing over onto Android and iOS devices. The free-to-play cross-over release has been a highly influential title in showcasing what’s possible in relation to mobile gaming within modern-day society. Much like Raid: Shadow Legends, the core of the multiplayer game remains the same, with cross-progression between consoles and mobile devices also supported.

Moreover, PlayerUnknown’s Battlegrounds is another prime example of mobile optimization enabling thriving titles to be enjoyed on a wide array of different devices. Unlike the PC version, which has seen its optimization criticized, the game’s mobile version generally runs far smoother for the majority of remote gamers. However, the title’s preset settings have, according to a report by Beebom, caused issues for players on low-end devices. That said, the title’s graphics and frame rate can be altered manually at the in-game settings.

Mobile Gaming is Quickly Moving to the Forefront

Ultimately, following the rise of digitalization, and because of the continued developments that are being made to hardware and software within mobile devices, remote gaming has the foundations in place to become the gaming industry’s most popular sector. A report by Newzoo predicts that, by the end of 2021, global mobile game revenue will reach over $76 billion, which is a testament to the growing importance of well-thought-out mobile optimization.