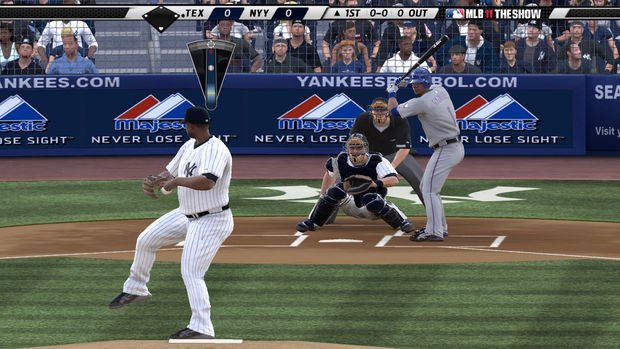 It was announced that MLB 14 The Show on PlayStation 4 became the fastest-selling game in the award-winning series’ history. With the PS4 release of The Show, baseball video games have finally arrived to the next generation of video game consoles. There is no question The Show is king of the virtual baseball diamond with 2K Sports’ MLB 2K going the way of the dinosaur after 2K13. Innovations such as cross-platform game saves and multiplayer between the PlayStation 3 and PlayStation Vita versions as well as a quick count system that allow games to finish faster than ever are just a few elements of The Show’s greatness. However, despite a noticeable graphical upgrade, the PS4 version of The Show does not do all that much to differentiate itself with the PS3 version in terms of game modes. With some more time with the PS4’s developer kit, Sony’s San Diego Studio should come out swinging with 2015’s installment and with save data carrying over from the 2014 game, it is primed to become yet another major hit for baseball-loving video gamers. Until then, here are five features that should be on the short list for most-requested new features in The Show.

Imagine an online match of 18 players, one for each position on the field. Much like NBA 2K’s Park Mode, all players would control an individual player assigned to them. From the catcher calling the pitches and their locations to the centerfielder directing traffic in the outfield, an 18-player online match would be an unprecedented achievement, considering all the things that could go wrong. It’s a bit hard to imagine if we will ever see a feature like this implemented in The Show, but with the enhanced processing power of the PS4, it’s up to San Diego Studio to find ways to make it happen in one form or another.

The vastly inferior MLB 2K had Single-A teams, and their absence in The Show is a glaring oversight. Single-A could give RTTS players motivation to perform well in Double-A; otherwise it’s down in the Single-A doldrums for your player. Rehab assignments in Single-A could also play a role in RTTS, being sent down to show that you’re fully healed from an injury. Struggle, and you’ll remain in Single-A until you’ve shown a return to form.

One aspect of Major League Baseball that has not had a presence in The Show has been replay challenges. All calls umpires make besides balls and strikes can be reviewed via instant replay, much like the NFL and Madden video games. It wouldn’t be that hard to implement a challenge system for next year’s game, and odds are it’s being implemented as we speak.

A classic from the days of EA Sports’ MVP Baseball, the stadium creator is a long-forgotten feature of baseball games that is long overdue for a comeback. One could either build a venue from the ground up or take a current stadium and add unique modifications to them. Fenway Park without its infamous Green Monster? Yankee Stadium without that short right field porch? Want to actually hit a home run in Citi Field? It can be possible with the stadium editor.

How’s this for added realism? Your franchise is in the middle of the hunt for the playoffs when one of your star players gets slammed with a 50-game suspension. It happens in real baseball leagues, and The Show prides itself on realism. It may be controversial and drive players of franchise mode insane, but according to Sony, “If it happens in baseball, it happens in The Show.”