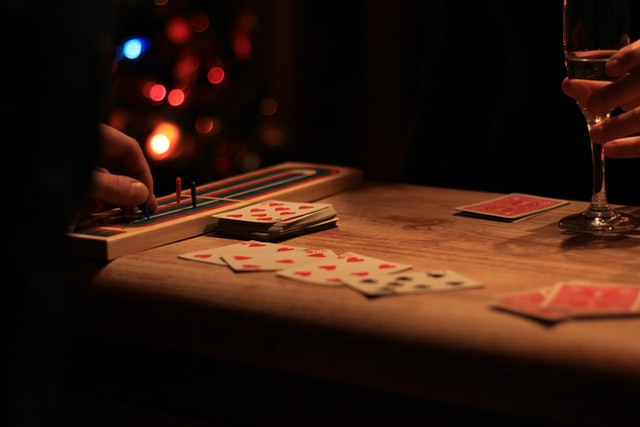 If you like playing cards, you must play Cribbage. It’s a fun and challenging game requiring around 2-6 people. Some might find the game a bit intimidating at first blush, but it is easy to learn and play.

If you want to learn how to play Cribbage, you need a Cribbage board and a deck of cards. Keep reading to learn about this game in detail.

Setting Up and Forming Hands

Scroll down to understand how to play Cribbage for beginners.

Get a Cribbage Board

Cribbage does not include Joker in the game. The players require at least two pegs each for scoring, which are present at the bottom of the board. Additional pegs are included in the game to keep track of match scores. One can also track their score using pencil and paper.

Any player who collects 121 points wins the game. The game ends immediately if this happens in the middle of a deal. Two trips around the board are sufficient for a long game, but for short games, one trip, i.e., 61 points, is enough.

Pick a Dealer and Deal the Hand

One needs to pick a deck of cards and shuffle it a couple of times to determine the dealer. In a face-down manner, place the card on the table. Each player must pull one card, where the person with the lowest card becomes the dealer. Then every player gets 6 cards each.

The dealer can take advantage of the crib but cannot immediately peg out or get 3 points. Whereas non-dealers can peg out even before the dealer tally their score. The dealer can be rotated in multiple rounds as you rotate turns.

During the crib, the players must look at their cards and choose 4 in their hands. The remaining two cards can be put in a face-down manner near the dealer, and this is called a crib. In the end, players can look at this hand, but it is only reserved for the dealers.

The crib plays an important role in Cribbage. Dealers can use cribs to save their best cards from being used later. Non-dealers must try to give weak hands to jeopardize the performance of dealers.

The cards are cut by a player who does not deal. Then the dealer flips the cards over. Players can use this card as a fifth wild card to count points at the end. The dealer immediately gets 2 points if the starter card is Jack.

If you want to learn how to play Cribbage 2 players, you learn about scoring points.

The players of this game lay their cards in their own piles, which start from non-dealers. While playing each card, the player calls out the value of the total. The value of face cards is 10, whereas all the other cards are worth their numeric value.

Thecribbage rule says the Ace is worth 1 point. Remember that suits do not matter in this game. The game stops when no one lays down a card, or the value becomes 31.

Here’s an example of how counting works:

Here are some rules to bear in mind:

How to Win the Game of Cribbage