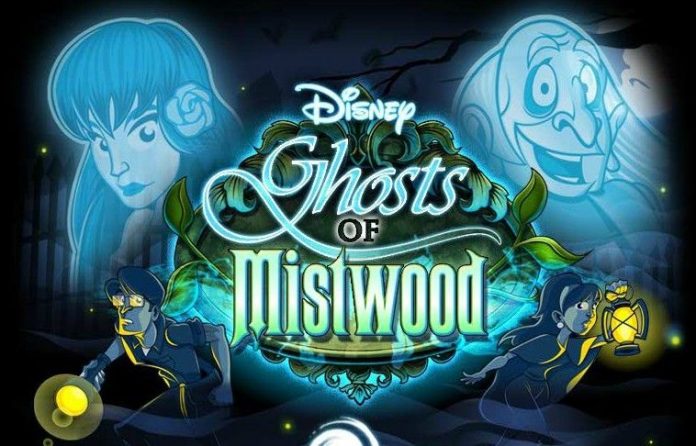 Ghosts of Mistwood is a really fun Facebook game released by Playdom in collaboration with Disney and I can only say that I’m really sad to know that it’s not as popular as it should be. But this matters the least: this article is for those who are starting to play the game and offers a Ghosts of Mistwood guide, some strategy tips and tricks to help you better understand the game, its mechanics and help you get the most of it as fast as possible.

So read this guide and hopefully you’ll get better at Ghosts of Mistwood!

1. Focus on completing the quests – this is, after all, a quest-based game and these missions will offer you great rewards and keep the story going. By completing quests you will also unlock new areas in the game as well as new items, so you should make it your priority to complete quests.

2. Crafting: as you probably know, crafting is also one really important element of the game and you’ll spend most of your play time crafting (or gathering materials for crafting). Try to learn which item drops what in order to craft faster. However, there are items that can only be rewarded from completing quests – and we get back to number 1, where we already agreed that questing is the way to go.

3. How to get more coins in Ghosts of Mistwood
Since coins are the in-game currency, you will always need them and you can never say you have enough of them. There are multiple ways of increasing your coin balance: cleaning debris and collecting from buildings is the safest way to increase the number of coins you have, but also quests offer very nice coin rewards. You can also try to purchase coins with real money, but there is no point in doing that!

4. Ghosts of Mistwood Gold Bars
The Gold Bars are the premium currency in Ghosts of Mistwood and they are not that easy to get for free. Unfortunately, the only way to get them for free is by leveling up and otherwise, you will have to pay for them with real money. So if you see Facebook groups or apps that promise to give you free Gold Bars, don’t fall for that: it’s nothing but a scam!

5. Stock Up Magic!
Magic is extremely important in the game as it is almost premium like the Gold Bars, but it is free. Try to stock up your magic to use it at the right time to speed up time and finish your crafting faster. So start building up your magic (by getting the Willow trees and magic-giving animals) early on because as you advance you will notice that you need more and more to speed things up!

6. Stock up Lantern Oil
Although not as important as the Magic in Ghosts of Mistwood, Lantern Oil helps you explore the fogged out areas, so getting some stocked up should also be a priority. You will receive Lantern Oil as a reward from completing quests, but you can also craft it – just don’t focus all your energy and crafting on getting Lantern Oil. It’s important, but it comes with time!

7. Get more neighbors
Friends are very useful in the game as they will give you much needed ingredients by answering requests (and you should return the favor!) So the more active neighbors you have in Ghosts of Mistwood, the more ingredients you will have and the easier the entire crafting process will be!

8. Get Staff to Help You Early On
The Ghosts of Mistwood staff can be unlocked from the fogged out areas and you should try to unlock them as soon as they become available in order to have more to “play” with and assign to various task (especially those that require a lot of time and keep staff busy for long periods of time).

Hopefully these suggestions in the Ghosts of Mistwood strategy guide will help you improve your game and help you get better at it. Just don’t forget that this game, just like most of the social games out there, is a waiting game so probably the most important tip would be to be patient and don’t try to rush things!

If you have other tips that you think would help fellow Ghosts of Mistwood players, don’t hesitate to share them below!