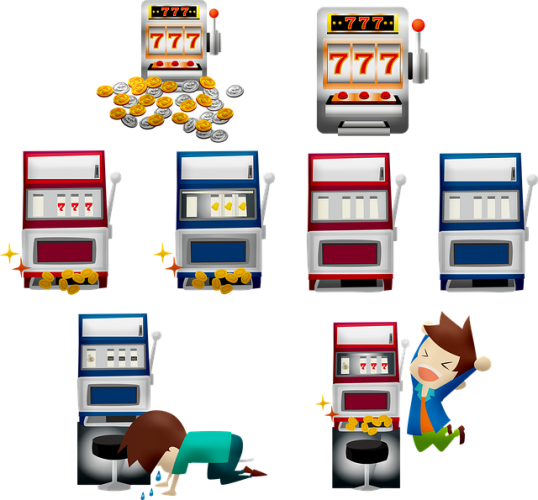 Online video slots have grown in popularity recently. Because of this, there have been a number of high quality releases launched in the online casinos. Even with the great variety of casino games, there is still one that has managed to remain a favourite within casino fans even though it’s been on the market for a long time.

Starburst is one of the most recognisable online video slots ever created. It has become a required title at online casinos. You can find this game in different online casinos sites. Dingo casino is one of the sites you can play this recommended game. Obviously, because Starburst is massively popular, it means that software developers have spent a lot of time trying to top what it has to offer. We’ve taken a look at the best slots out there that gets the closest to recreating the magic of Starburst.

Most video slots aim to excite players. Some do it by making sure that their games are conducive to winning on a regular basis. Others do it by providing the chance to grab incredible prizes. Crystal Sun is a game that uses the latter to entertain players.

Play’N Go has tried to emulate Starburst in several ways with Crystal Sun. It has expanding wild symbols just like the original, and if you took a quick look at the graphics, you could be forgiven for thinking it is the same game. There’s definitely a lot here that will evoke memories of Starburst. There is one significant difference that really helps to set it apart though.

The trade-off of a much higher maximum win, is that the volatility is increased. Wins don’t come along as often when you’re playing Crystal Sun compared to Starburst. It means that if you prefer a game that provides wins on a regular basis, then the original is probably the better option. However, if you prefer the opportunity to grab much higher wins, Play’N Go have created the perfect Starburst clone for your needs.

This is another game that is almost a carbon copy of Starburst. Everything from the gameplay down to the visuals are as similar as you can get without necessarily being exactly the same. The title comes from Wazdan, and it provides players with the ability to play Starburst but with one big difference. You can choose your own volatility. Unlike Crystal Sun which has just a single volatility, a high one in place, Space Gem gives players three choices.

If you’re used to online gambling then you will be aware that a low volatility offers small wins but on a regular basis. A medium volatility offers medium wins on a medium basis, and a high volatility offers high wins but they come along less regularly. There are positives and negatives to each volatility level. Some players prefer low, whereas others prefer high and some get more joy from medium. Space Gem allows players to choose which one matches their needs.

The paytable is pretty similar to Starburst when playing with a low volatility, so unless you want to play on medium or high, then you’re best off sticking to the original. However, this is still a nice reworking of a classic and the customisation options definitely give it a little bit of an added extra.

This is the first game that isn’t just a straight copy of Starburst. It has to be said that Toki Time plays quite similarly to Starburst. It has 10 paylines that pay both ways, features expanding wilds and offers respins. What it does, is add a really great revamp to give the game a much different look.

The main difference in the gameplay is that the expanding wilds are switched around. Instead of covering the middle three reels, like in Starburst, they cover the first and fourth reels. There are respins awarded whenever a wild lands and expands on the reel, however in a really interesting twist, respins are awarded until a losing spin takes place. It means that there is the potential for some incredible winning runs when playing Toki Time.

Toki Time is a really cute, almost Japanese style title. The revamp gives the Starburst engine a new, fresh feel. If you’re expecting a game that’s different to Starburst in terms of how it plays, then you will be disappointed. However, if you want a game that will provide you with a new look for a classic, then this is the game for you.