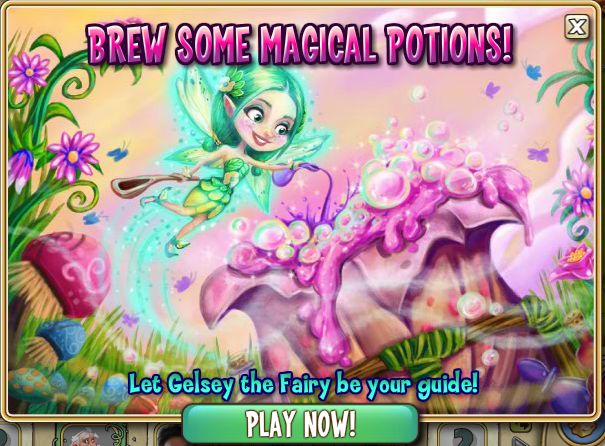 If you ever thought that you don’t have enough items or potions to craft in CastleVille, Zynga’s got you covered with the release of the Home Brewing feature, which adds a bunch of new potions that you can craft in your Kingdom.

The new feature is introduced by a new character in the game, Gelsey the fairy who brings her Pixie Kettle which will be used to brew potions that will help us here and there in the game. And I have all the details about this brand new feature, which begins with a new set of missions – the Home Brewing Missions which you can check out below:

Of course, these so called missions are nothing but an introduction to the Home Brewing feature in CastleVille which is a bit more complex and has some pretty big requirement if you want to brew or craft useful things. Below you can see a list of recipes that you can brew in the Pixie Kettle, with their rewards and requirements:

And there you have it, this is the new Home Brewing feature in CastleVille!