As incredible as it might sound, Nintendo’s groundbreaking and console selling technology behind the motion sensing Wii Remote was not a technological breakthrough made by the company right before the release of the Wii. According to some old patents that were just revealed, the Wiimote was initially made for Gamecubes!

Siliconera has found the patent and the explanations and it’s crystal clear that the patent is referring to what we’re calling now “the Wiimote”: an accelerometer-based controller that looks, as you can see in the image posted in the upper left corner exactly as the Wii Remote.

Another image that comes along with the patent presents Mario playing tennis, which was the original concept behind what today is known as the best selling game of all times, Wii Sports. All these, as you can see, were intended for the Gamecube – and it’s quite incredible to know that! On the other hand, Nintendo’s decision to wait for a new console to introduce the controller to the world seems to have paid off. Good decision! 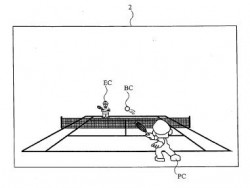