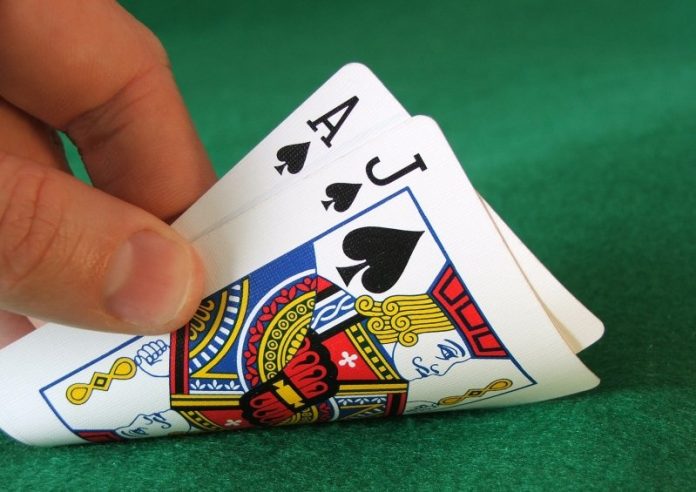 Blackjack has come a long, long way since the 1700s, the time from which it originated, according to popular belief. Although there are various theories about blackjack’s origins, the popular belief is that the game derived from the French card games Chemin de Fer and French Ferme and was called vingt-et-un at the time, which means ‘21’. It spread to North America, although the rules were different to contemporary Blackjack, and in 1931, blackjack really took off when the state of Nevada legalized gambling. Today, however, you don’t have to head out to a casino if you don’t feel like it. You can enter an online casino and play blackjack live in the comfort of your own home.

If popular belief is correct, then Chemin de Fer and French Ferme were the ‘in’ card games that led to the creation of Blackjack and the game has continued to grow throughout the centuries. It was the ‘21’ variation of the game that really caught on in North America and spread throughout the continent.

Although the game was already popular, casinos tried to attract even more players by offering a special bet. A hand that contained either of the blackjacks (Jack of Spades or Jack of Clubs) plus the Ace of Spades would pay to 10–1 odds on the player’s bet. Casinos later discontinued this type of payout, but the name ‘blackjack’ stuck until this day.

The rise of online blackjack

The online sphere has experienced a particular growth in the popularity of Blackjack, with players turning to the internet to play the game and enjoying the same thrills as they would in a brick-and-mortar casino. This popularity is partly because of the convenience a live casino offers as well as the different variations of the game you can play when you’re in there. Online casinos offer trials of games, so you can learn how to play and get used to playing, rather than sit down straight at the table of a land-based establishment and gambling without ever having so much as flipped a card over.

It’s about skill, too. This isn’t like roulette, bingo or video slots, where there’s a certain element of luck. In Blackjack, there are elements of strategy and you have to know when to hit, stand or double down or split, This only comes with understanding of key strategies.

If you’re based in the UK, or even if you’re not, you can try your hand and enjoy live Blackjack on the sites on playblackjacklive.co.uk. Not played before? Don’t worry. It’s not as complicated as you might think. For a start, playing online is more relaxed and you won’t feel as much pressure as you would in a land-based casino. You’ll have more time to think and can even check a cheat sheet if you need to (can’t do that in a land-based casino!).

Playing Blackjack live online might take place in a more relaxed setting, but it’s still just as exciting and you need to keep a cool head. When choosing your game, be confident, but don’t be overly confident. Select a game with limits that suit your bankroll. Ideally, these should be more than 5% of the bankroll.

By the same token, if the going is good and you’re on a winning streak, you don’t want to get carried away. You’ve got to stay steady and follow your strategy. That means resisting the temptation to bet more than you’d originally planned. Staying patient and focused will reward you in the long term.

If you can take up a later position at the table, do so. Sit as far away from the dealer as you possibly can. This gives you the advantage of seeing all the cards that the other people in earlier positions have played. You can then change your strategy if you need to.

Don’t bother with the insurance. There’s no real advantage to this side bet unless you’re counting the cards — which you shouldn’t be — and the odds are against you when you take it. Thinking of counting the cards? There’s no point. Live Blackjack games use multiple sets of cards, which makes card counting very difficult, so focus on just playing good hands.

The future of live Blackjack

Playing Blackjack live online, streaming the game to your device as it unfolds, seems to be the future of the game at the moment. This makes the game even more realistic and immersive. Players also appreciate the good-looking dealers and the elegant settings.

Virtual reality, which would involve the player putting on a virtual headset and walking into a virtual casino, could be the next big thing in Blackjack. They can give you the feel of being in a brick-and-mortar casino and you’ll also have spectators, just as you do at poker games. Note that even though virtual reality Blackjack is a distinct reality, some are saying that there could even be a live holographic version and believe that this is where the game could be heading.

Centuries back, in the days of ‘21’, players could never have envisaged how far the game would come. In the 20th century, the legalization of gambling in the US did much to bolster Blackjack’s popularity, along with casino efforts to attract more players by incorporating an extra betting element into it. The game has gone from strength to strength and enjoys an immense deal of popularity on the internet, with players receiving the opportunity to practice a little before they put their money down for real. What will happen next in the blackjack world, who knows? Virtual reality, live blackjack, live holographic blackjack… the one thing that’s certain is the future is immensely bright.