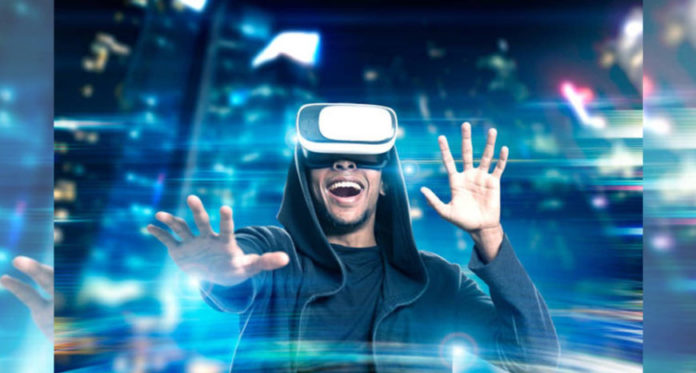 Despite coming to the scene just recently, Virtual Reality is a technology that is already taking the world by storm, causing a lot of excitement across several different industries, from education to hospitality and even healthcare. But there’s one area that VR seems to be causing a seismic shift: gaming. That in and of itself isn’t surprising at all because most gamers are always after an immersive experience.

VR: Taking Gaming to the Next Level

The virtual reality industry itself is evolving at a breakneck speed, with better and more robust VR gadgets and innovations released every other day. In the past few years, we have seen the introduction of state of the art augmented reality devices like HTC Vive, Oculus Rift, and PlayStation VR. And medical virtual reality has not been left behind. Just recently, the Johnson & Johnson Institute launched a gaming-esque VR solution that will allow medical students and doctors to effectively train, practice or even watch a live surgery being performed wherever they are across the globe.

J&J’s futuristic VR solution is a first of its kind. Currently, it focuses on three exciting VR training modules for orthopedic surgery. J&J team up with more than 100 orthopedic surgeons to create a VR station that will revolutionize healthcare as we know it. And the J&J’s VR experience has already gained traction with even the most conservative surgeons and doctors.

That aside, virtual reality, when coupled with powerful technologies like AI and Machine Learning, can truly revolutionize gaming. This article takes an incisive look at how and why virtual reality is the future of the gaming industry.

Conceived in 1994, VR is an immersive technology that creates a 360-degree artificial environment around the user. As such, the tech takes over nearly all senses of the user, including haptic, touch, and olfactory. A custom virtual reality space can be created for just about anything you can imagine.

How VR is Revolutionizing Gaming

It’s been said not once but several times: VR is the future of gaming. And this statement is spot on. Virtual reality is changing the world of gaming in a diversity of ways. Let’s take a peek at three innovative ways VR is raising eyebrows in the gaming industry.

(1) Adding a Touch of Emotion to Digital Games

Virtual reality immerses the gamer in what is happening in the game. More specifically, it implicates the users in what’s occurring around him or her. This gives developers more tools to cajole emotions in their games.

In other words, VR games make the user feel that they are actually in the middle of the action. As a gamer, you are not just a bystander, but a witness and participant in the plotline of the game. This is something that VR can take to the next level, bring out the gamer’s emotion in the process.

(2) Turns the World of Imagination into Reality

What seems to be impossible in 2D games is practically possible in VR gaming. Remember virtual reality doesn’t just simulate actions, it takes the users into the middle of the scene, embodying them in the actual simulations.

When the identity of the character and the user merge into one, the VR game becomes more than a game. It can be a powerful confidence and self-esteem builder. It can also build resilience and visual muscle growth. All up, VR gaming is all about psychological gains and boosting brain power.

In a world where individualism seems to take center stage, people feel more isolated than ever before. That’s where virtual reality gaming can come to the rescue, especially in a collaborative gaming environment. VR makes multiplayer gaming feel that you are in an actual company of others. The so-called asynchronous gameplay can take gaming to a whole new social level.

More than Gaming: Benefits of VR Beyond Gaming to Gamers

There’s no question that virtual reality is the next big thing in the gaming space. But VR delivers more benefits to the gamer than just making digital games more immersive, more interactive, and more enjoyable. VR gaming can help stimulate the brain in more than one, and it all boils down the psychology of gaming.

PTSD is a serious mental health issue that’s wreaking havoc on our veterans. Thankfully, VR gaming is bringing PTSD gamers a step closer to recovery. In a study conducted by VR gadgets maker Oculus Rift, it was found out that virtual reality can actually help treat PTSD sufferers much faster than existing therapies.

In the study, VR treatment help reduces coping vices like depression, violence, and drug abuse. The treatment has proved to be quite effective because Oculus Rift researchers managed to recreate the Vietnam War experience for the veterans in a much serene, and controlled environment. This experience, in turn, did help veterans get over their fears of being in a helicopter or battle-like situations.

Have you ever wanted to experience something that seems impossible? Perhaps you want to swim amongst sharks? Or, drive a Ferrari at max speed? That’s exactly what VR gaming can help bring to fruition. With virtual reality gaming, you will get goosebumps and adrenaline rush just as you’d if you were in an actual encounter with sharks.

It’s no secret stress is killing our society. VR video games are well known for their therapeutic effects. Besides, developers have started producing a class of games called VR relaxation games that can help bring stress relief to the masses.

Exciting Way to Get in Shape

VR gaming requires the player to be physically, emotionally, and psychologically active during the game. Moreso, there are VR games that are specially designed to help you lose weight and keep it off. It could as effective as hitting the gym.

Virtual reality is not only improving the gaming interface and experience, but it also has a wider potential of benefiting the player and causing more stimulation for the brain.