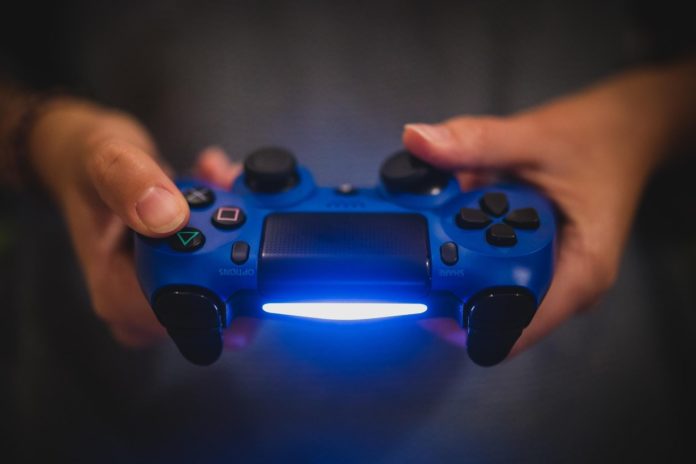 Elder Scrolls is a multiplayer online role-playing game developed by ZeniMax Online Studios. Microsoft released it in 2014, and from then on, it gained popularity across people worldwide. There are certain elements known as races used in this game that enhance the gaming experience more. Today, we will go through some of them. Here are some best races for your nightblade class to make your experience better in the ESO Gameplay!

From increased critical damage, the Nightblade can reap benefits out of it. It is one of the reasons the Khajiits take the title of Eso Stamina Nightblade.

Speaking of stealing, keep in mind that Khajiit gets passively lowered stealth detection and 5 percent easier pickpocket success, allowing you to become a skilled thief in no time.

Khajiit has also enhanced critical damage and critical healing, allowing you to do grave damage in both short bursts and lengthy engagements.

Though Khajiit outperforms Dark Elf for Magicka and Stamina DPS Nightblades, remember that Dark Elf is extremely close in terms of damage outputs and provides more steady damage rather than burst potential. Increased critical strike chance is pretty essential with the Stamina Nightblade, thus sets like Berserking Warrior, Tzogvin’s Warband, or even Arms of Relequen can help you accomplish those high-damage critical hits.

Use Surprise Attack from the Shadow skill line since it provides tremendous single-target damage and stuns foes if you flank them, allowing them to suffer more damage from heavier blows. The adversary will deal with things in the Sundered status effect, reducing their physical and spell resistance by 3000.

The Nightblade Tank can be a lot of fun to play. Additional physical, magical resistances, and racial passives into the Nord are the key reasons people favor Nord over Imperial. Nightblades have inherently high sustain, thanks to a combination of abilities and passives, making the Imperial skill cost reduction less helpful.

Nord passives increase your health by 1000, stamina by 1500, and physical and spell resistance by 2600. Nords also have enhanced cold resistance and an ultimate gain every ten seconds on tanking damage. It allows you to boost your squad more frequently or save yourself from boss damage by having a more immediately accessible defensive ultimate.

Nightblade Tanks will employ many of the primary talents that other tanks use, such as Pierce Armor and Heroic Slash, but they will also have excellent access to self-healing skills, which will relieve some of the strain on your healer.

Leeching Strikes is one of the finest talents for this since your light and heavy hits will heal and replenish your stamina, and after the skill expires, you will earn even more of the energy back. It will simplify tanking because merely destroying opponents while the talent is active replenishes your two primary resource pools required to tank successfully.

For selfish tanking, use Soul Tether, which stuns foes for four seconds and heals you for half the damage you dealt on the original cast, which may be a lot if you draw a big group of enemies into one location. This talent also binds those opponents to you and heals you overtime for eight seconds, which is helpful if they aren’t all down by the time the four-second stun expires.

The Khajiit is the ideal race for the Magicka Nightblade since it provides additional critical damage and better sustains highly beneficial to the class. Khajiit passives grant you 915 health, stamina, and Magicka resources, as well as bonus recovery for each item retrieved.

Khajiit also has a 12% boost in critical damage and healing, giving them an enormous burst damage potential compared to other races. Increasing the critical chance and spell damage of your Khajiit Magicka Nightblade will guarantee you deal the most damage at all times.

Khajiit matches the Nightblade concept well and allows you to do a lot of damage without losing your durability, making it one of the finest Nightblade races in ESO.

You’ll want to boost your critical chance for the Magicka Nightblade with sets like Mother’s Sorrow and Medusa, which will ensure you’re landing those massive hits more frequently. Using the ultimate Soul Harvest or Incapacitating Strike from the Assassination skill line deals 20% more damage to an adversary for six seconds to spam all of your best burst damage skills to deliver enormous damage.

Swallow Soul from the Siphoning skill line will be your spammable, doing tremendous single target damage and healing you for more than one-third of the damage you cause. Now, it means you won’t need any other significant heals on your skill bars – simply inflicting damage will keep your health bar full. Having such a powerful built-in heal relieves strain on the healer, enabling them to focus on the tank and keep the dungeon going smoothly.

In ESO, Magicka Nightblades have an excellent toolbox and can take advantage of stealth and bursting foes while dishing out steady damage in long engagements. Try playing as a Vampire and exploring with the Khajiit race since the Magicka Nightblade can fully use the abilities and passives that enable you to be a real Queen or King of the night in ESO. When you depart sneak/invisibility for six seconds, the Strike from the Shadows passive from the Vampire skill line increases spells and weapon damage by 300, making you hit much harder for that time.

The Dark Elves have an assassin organization known as the Morag Tong, both feared and revered. The Morag Tong, based in Morrowind, slay in the name of Mephala, the Daedric Goddess of murder and deception. The Morag Tong is very similar to the Dark Brotherhood, although they have a far greater level of legality. The Empire enabled this group to get away with murder because people in authority would hire the Morag Tong to do their dirty work with writs, assassinating privately and publically.

Morag Tong does not assassinate just anyone; similar to how the Dark Brotherhood demands the Black Sacrament, Morag Tong requires a writ to be delivered to them before they go out and execute their work.

Dark Elf passives grant you an additional 1910 stamina and Magicka, as well as a boost in weapon and spell damage of 258. Dark Elves also have 4620 higher flame resistance, helping you get through some boss battles or PVP circumstances much faster. The benefit of playing a Dark Elf is that you may swap between Magicka and stamina builds while still receiving advantages. It allows you to experiment with different strategies you can make your Morag Tong Dark Elf play at.

For PvE DPS, Redguard is the best option right now. The additional Sustain helps in extended confrontations, especially with the adjustment to Siphoning Attacks.

The Thieves Guild patch finally corrected the Khajiit passive, making them a top competitor for the highest DPS.

Because of their stealth passive, Bosmer is the ideal choice for those who mostly play PvP. If you intend to tank on occasion, Imperial is also a good option.

With our research skills, here are some more race choices you can add to your builds.

The best choice for this is Dunmer. It will increase the Magicka DPS as all the damage it does involves fire.

Altmer is a more well-rounded option with higher max Magicka and regen, but you will lose DPS. Breton has the most sustain but the lowest total DPS.

Most characters should use the Thief Mundus stone for optimal DPS. However, Khajiit night blades with a high critical strike probability should use Shadow.

Magicka-Based Mundus Stones: The Thief is unquestionably the best choice for Magicka builds.

Whether you are a pro-gamer or not, this breakdown will help you get around the best races so you can enjoy ESO to the fullest. Let us know some of the best races you use!