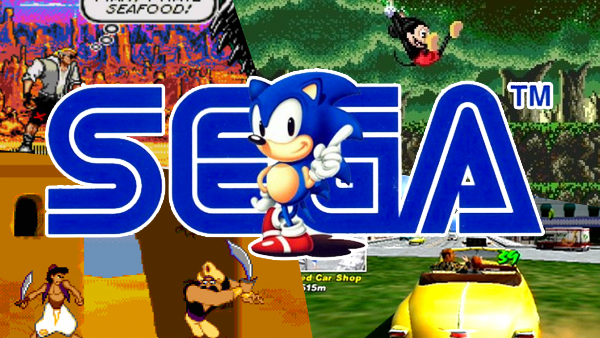 From Minecraft to Cuphead, game developers have been creating popular game worlds with an intentionally retro twist ever since there were first video games that could be said to be ‘retro’, sometime in the late 90s. The pixelated platforms and neon colours of arcade games have become an intentional aesthetic of more modern games, in part because of the nostalgic appeal such games hold to a generation idolizing synthwave and Stranger Things, and in part because developers clearly love paying homage to the video games on which they were raised; deliberately imitating the style and gameplay of titles like Sega Rally Championship and Mega Man. We’ll take a look at five titles that have succeeded in capturing the spirit of of old SEGA games in particular. Check these out if you’re in the mood for something new yet brimming with nostalgia.

If you loved SEGA’s classic racing games and have been looking for something to scratch that nostalgic itch, then you should immediately stop what you are doing and play Slipstream. Slipstream is built with a modern game engine specifically built to emulate the style of the old classics. Everything from the graphics, sounds, feel and music of the game is just brimming with the irresistible class of games of yesteryear. With plenty of game modes and tracks, you’ll be cruising the roads and digging the synth beats of this game for a long while. Not to mention how Slipstream supports up to four players locally. 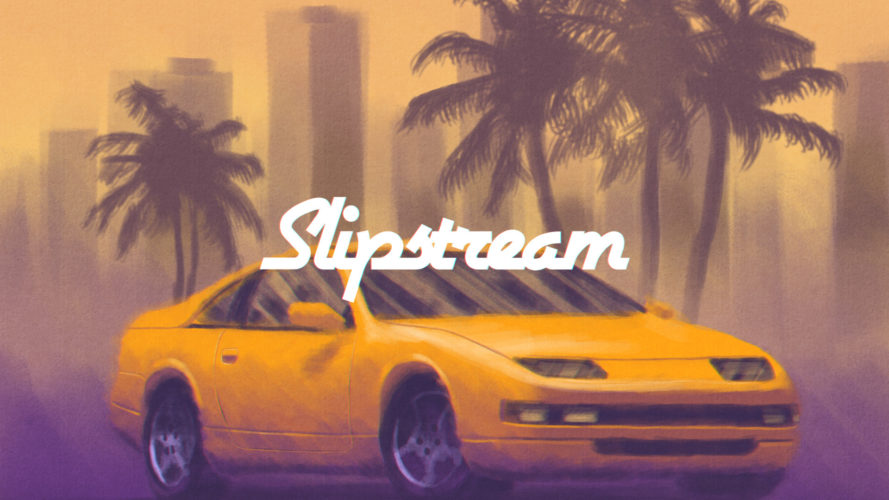 Crypt of the Necrodancer by Brace Yourself Games

Where to start describing Crypt of the Necrodancer? It’s a dungeon-delving rogue-like game where everything happens to a thumping retro disco beat. You and all the monsters you battle are dancing, and in order to succeed you have to find the rhythm and groove of the music and follow it. Yes, it’s as ridiculous as it sounds. You can only attack a monster on the beat of the music and the longer you move and strike to the beat the more treasure you receive. The pixelated graphics are beautifully retro and there is no way you’ll play this without channeling the classic fun of old greats. Honestly, if you need still convincing to pick up the game (you shouldn’t) then just listen to the soundtrack on the music provider of your choice and you’ll be hooked. 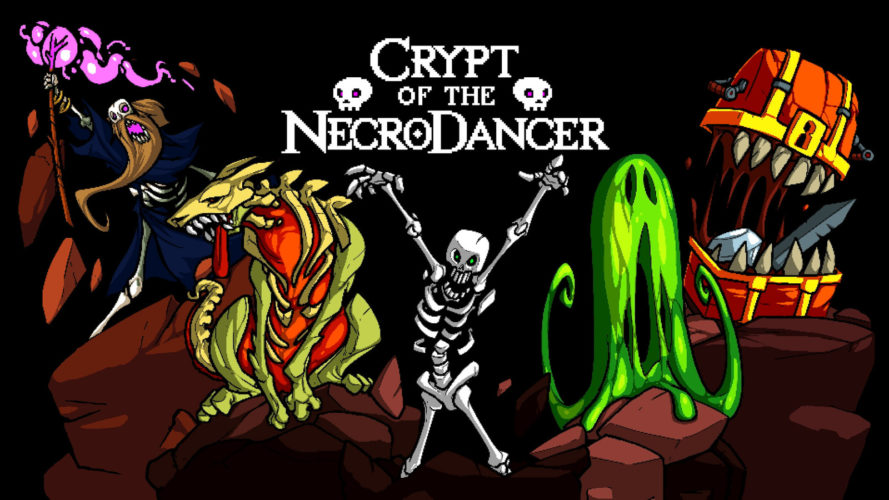 Developers NetEnt know a thing or two about retro game design. They’ve ventured into the neon synthwave aesthetic of the 80s Los Angeles with the vice-themed Hotline, and offered a 1950s American diner experience (complete with jukebox and burger menu) in Swipe & Roll. But while the themes to these games are vintage, the graphics are as modern and slick as any of their other video slots. One of the developers more recent slot games, Reel Rush, emulates the style of Super Mario in colours, and of Minecraft in illustration. This deliberately retro game also recognizes the vintage origins of the original slot machine, in using classic fruit symbols on the reels. A fun touch is the 90s video game sound cues that accompany each winning combination. But Reel Rush doesn’t completely forego elements of modern slots, and features a whopping 3125 ways to win with its innovative reel design. Its impressive respin feature, meanwhile, sees this 2D title feature on modern and new slot sites despite its intentionally old-school style. 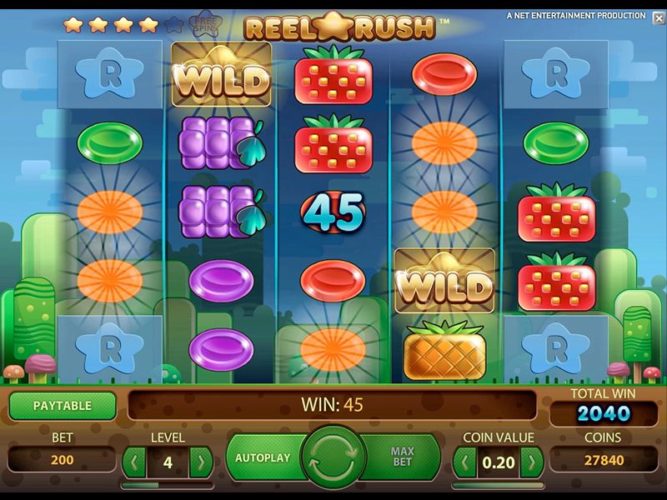 Into The Breach by Subset Games

Into the Breach brings Subset Games’ signature style to a retro styled sci-fi themed strategy game. With extremely tight puzzle mechanics that are easy to learn but difficult to master, Into The Breach will keep you busy for a long time. Both graphics and gameplay are modern takes on retro styling, and in many ways Into The Breach shows why there’s an ever growing appeal of revolutionised gameplay presented with classic art and sound. One of the best things about the game is its bite-size structure where each mission individually won’t take long so it’s perfect for gamers who only have a few minutes now and then to dip into something. If you’re looking for a retro-styled strategy game, this is the one to pick up. 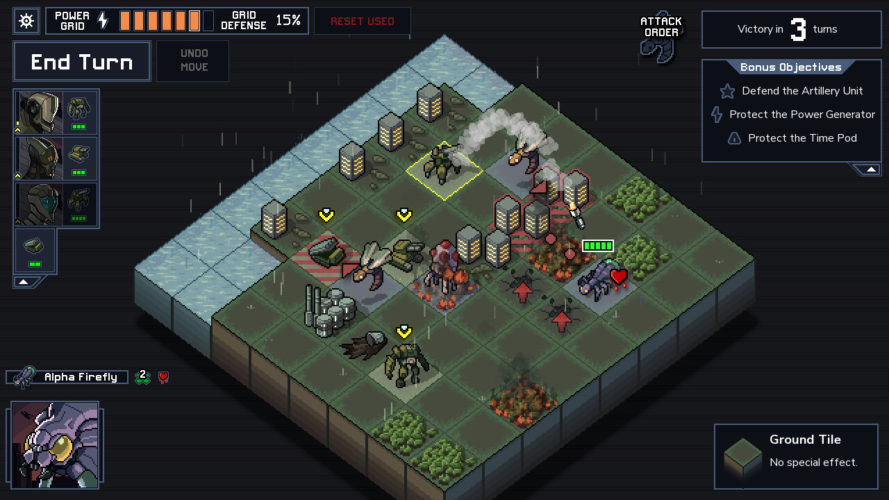 You’ve almost certainly heard of Stardew Valley, the modern retro sensation that amazingly has been lovingly created by just one person. The game opens with you inheriting your grandfather’s farm in Stardew Valley. After a super quick introduction you are left to explore the nearby town and its inhabitants as well as the surrounding area and naturally your farm! Apart from a gorgeous retro presentation, Stardew Valley also channels the slower pace of some of the classics going so far as to even include dating mechanics reminiscent of the storied SEGA Sakura franchise! Apart from raising animals and farming crops, a whole host of other content is in the game including fishing, exploration, cooking and a charming story. This is the perfect game for a super relaxing retro-themed evening, especially considering it supports four player cooperative gameplay! 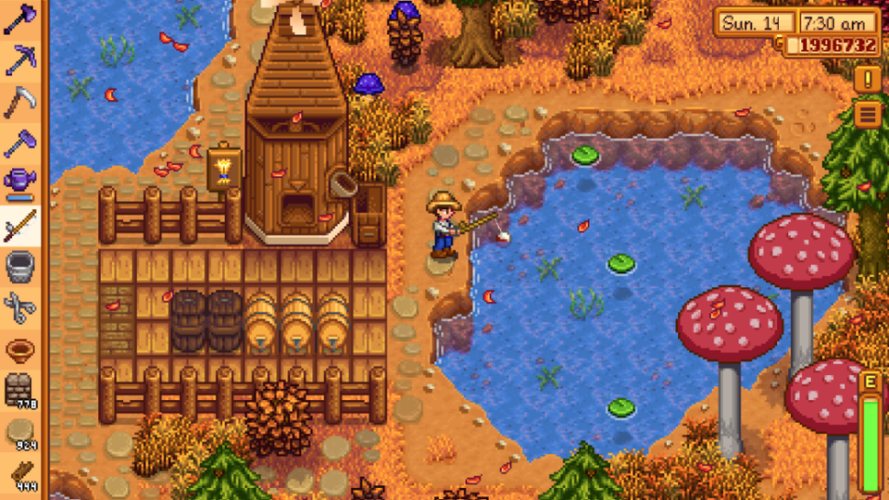 “Retro” has become both a style of gameplay as well as theme of presentation, and while not everyone is happy about the trend of infusing new video games with nostalgia, most gamers can agree that there’s a special charm to new titles which manage to capture the essence of older classics. The five games listed above will all captivate and feed your nostalgia while simultaneously providing you with a modern gaming experience. SEGA may have moved on from their older style of games that we all know and love, but other developers are constantly capturing the magic of their old greats in new games. In short, there’ll be no shortage of exciting retro-style games anytime soon.