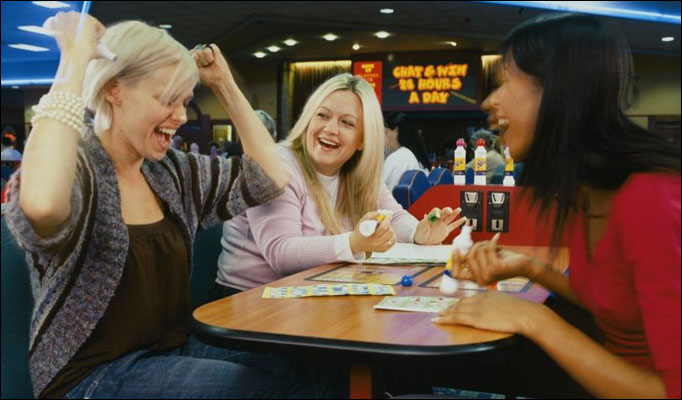 The online bingo community is one that is as tightknit as any on the web. Many players spend several hours a day playing online bingo and have a strong sense for everything from what sites are the best to how you can give yourself the best chance to win the jackpots.

While this may make playing online seem a bit intimidating, it’s not as bad as it sounds. There are plenty of opportunities for picking up information and knowledge that can help you become a pro in no time.

To help you with this, here is a look at some tips and tricks that newbie bingo players can use to elevate their game and set themselves up for long term success.

Most online players spend several hours per week playing online. During this time, they get used to seeing the same users playing alongside them day in and day out. They know the usernames and generally know what to expect from each player.

The biggest thing that you will want to be sure of when playing online is that you are treating the other players and the chat manager with respect. Avoid complaining and using foul language when using the chat.

If you end up having a problem or have questions, your best bet is to take it up with the support team on that particular site. The chat manager may be able to answer some questions, but it can get annoying for other players to see that you are using the chat for support rather than to talk about the game.

Tip #2 – Find Out Where the Veteran Players Spend Their Time

Possibly the best thing that you can do as a newbie bingo player is to find out where veteran players are spending their time. There are dozens of online bingo forums that enable you to talk with experienced players and many sites also offer their own chat rooms separate from actual games.

Once you have found out where these veteran players are spending their time, talk to them and don’t be afraid to ask them questions. While you certainly shouldn’t expect them to spill out all of their secrets to success in the online game, you will likely pick up quite a few tidbits of advice that will be invaluable along the way.

As with anything, your goal as a beginner should be to soak up information and learn as much as possible in a short amount of time. This is the one and only way to set yourself up for being successful at playing online bingo over the long term.

When you’re first getting started online, your first task should be to determine the site/s that you will be playing on. Other than taking a look at reviews, the only full proof way to find out which sites best fit your needs is by actually playing on them.

Since you will likely want to avoid making a deposit before deciding which site/s you want to play on, your best bet is to go with one that offers no deposit bingo. While you likely won’t be able to win money when doing this, it gives you the opportunity to gauge whether or not the gameplay on a particular site fits what you’re looking for.

Another mistake that many beginner online players make is that they assume that the sites with the most players are their best option. While this sounds good in theory, playing against several other players who are likely experienced on that site will make it much more difficult for you to win.

Instead, focus on finding a site where you feel comfortable with the style and gameplay. Initially, you should play in games with a low number of players as this gives you a better chance at winning while you learn the ropes.

As time goes on, and as you become more experienced on the site, you can make the move to the higher volume games that feature larger payouts and prizes.