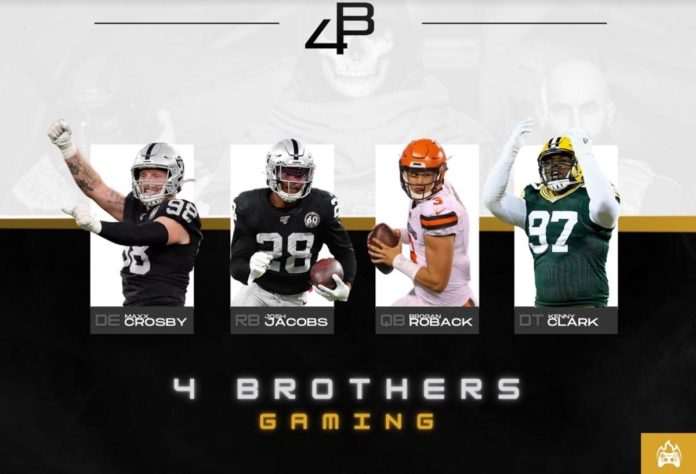 If you haven’t heard about the Ultimate Gaming League then take a listen because it has a unique set of owners and a mission statement that features inclusivity as its fulcrum. Professional athletes, celebrities, musicians, philosophers, and even casual gamers are all welcome.

Dushan Batrovic, CEO of Antares Gaming, commented in a release: “This is about building a diverse community of all ages, genders, races, and ethnicities, and opening up the broad possibilities gaming has to offer. We enable celebs to build a real connection with their fans. Sure, if you’re good at Madden or Call of Duty, come join one of our four launch teams. But that’s not all. We want the musicians, actors, comedians, and philosophers who love gaming as well. Gaming is great but it could be so much more.”

NFL quarterback, Josh Johnson, is the UGL’s Chief Athlete Officer and the captain of one of the league’s eight franchises, Da Fam Gaming, stated, “Da Fam is an extension of ourselves, a way to show the world what we’re all about. Just like with our foundation, Da Fam is a way for us to reach a new generation of thinkers and activists, connecting everyone together to build a better future. If you’re committed to making a better, more connected world and you’re a beast on the sticks, we want you.”

The other seven franchises in this multi-platform esports league are led by Chad Johnson (Ochocinco), Maxx Crosby (4 Brothers), Preston Williams (Glitxh), Sidney Jones (OnSight), Rashad Jennings (Nevah Lost), Ahman Green (ESTV), and Droope (Sick Wid It). Esports has become so wildly popular and mainstream that even sportsbooks are offering odds on the big-money tournaments just as NFL football games today are being bet by millions of people across the globe.

The UGL combines football personalities with celebrities, content creators, and cutting-edge artists that will attract attention to the brand but also allow average fans to join in the fun.

Esports Insider says: We’ve seen a lot of athletes starting and/or investing in esports teams lately, but the UGL is interesting in the way that it’s a larger-scale, multi-team effort – even if it’s not an official NFL initiative. Still, these players have big followings that they can try to parlay into esports.”

The league started with four franchises and the initial games were comprised of Call of Duty, NBA 2K, Madden, and FIFA play. Josh Johnson was one of the primary movers and shakers who was introduced to Antares Gaming CEO, Dushan Batrovic, and the idea was born to put together a platform where esports and NFL fans could join forces with, or compete against, the professional football players in games like Madden.

“The partnership came about through our agency, Rumble Gaming, which represents UGL,” Johnson said. “With UGL, we were doing gaming leagues, a Pros vs Joes concept. And that’s how we started working with other athletes, just as a way to engage with the gaming community.

“And from those Pros vs Joes tournaments, the idea of doing teams came about, and that’s when Antares came in with the tech. Once we mapped out everything, everybody loved the idea and just wanted the opportunity to pursue it. And now we’re at the point of being ready to launch it.”

And now that the idea is a reality, Batrovic has bigger and more visionary ideas for the league going forward. “We had a small presence online, but that wasn’t the focus before COVID-19. We would have Pros vs Joes matches online – I would do one with fans, offer monthly challenges, and then we’d give out prizes for that.

“But that wasn’t really what we were focused on. We were more focused on doing this in-person and we had different lounges [in Oakland], one for the adults, and one for the kids. And that was kind of our initial approach that we wanted to take with other athletes… but COVID changed everything. It made everything go online and it’s how we got to this concept of doing franchises with athletes… but with the whole pandemic, it really just allowed us to grow as a team, learn how to use remote capabilities to benefit what we were already doing. And it’s been a positive more than a negative, from that standpoint.”

Josh Johnson and his cousin, Marshawn Lynch, are the co-founders of the Fam1st Family Foundation which helps inner-city youth in the Oakland community, as well as underserved communities throughout the world, empower young leaders to grow and contribute to society. And now both athletes are running the UGL franchise, Da Fam Gaming, intending to give back through connecting underprivileged youth with unique opportunities within the gaming industry.

“I have a foundation and I know a lot of kids game, so we can easily incorporate the youth in this. We already do that with UGL: I have high school leagues and other things of that nature. So, this shows who I am as a person, what my passions are, and the things I have been doing my whole life.”