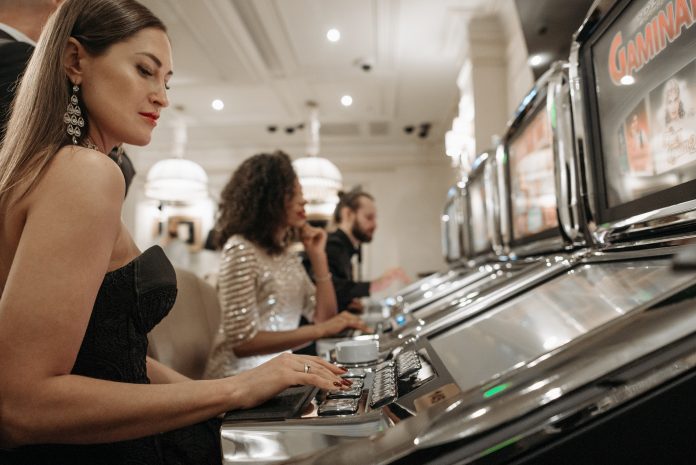 There are countless ways to keep yourself entertained, but playing slots has definitely become the most popular by far in recent times. Slots can be lucrative as well as entertaining, but with so many choices available, it’s hard to pick one that’s right for you. Following are a few of the top favourites that American players are currently trying their luck at.

Greek mythology and features symbols such as Minotaur, Medusa and Phoenix inspire this progressive video slot by NetEnt. Gameplay takes place across 5 reels with 20 pay lines. Designed around an ancient Greek temple, the graphics are fairly simple and in keeping with the theme. The Wild Card is as Pegasus, which will substitute all symbols apart from the Scatter and bonus symbols. A Free Spins logo represents the Scatter symbol. The four bonus features are Falling Wild Respins, Free Spins, Jackpot Bonus and Wild on Wild. Divine Fortune boasts a higher than average RTP of 96,59%, which means the Gods might favour you after all.

Discover the mysteries of Ancient Egypt with Cleopatra, developed by IGT while playing online casino games at Draftkings Casino. Watch out for Cleopatra on the wild symbol in a winning line to have the Nubian queen herself announce it when your prize doubles. The game is set against a backdrop of an Egyptian temple, with surrounding sights and sounds enhancing gameplay to transport you back in time. This slot features five reels and three rows, with 20 paylines on which you need to match at least three identical symbols. By landing five wilds in a row, you can pick up 10,000x your stake. RTP is set at 95.02%, which is fairly generous, and you can potentially win big with the bonus round and scatters.

Two of Reel Kingdom’s most popular games are Big Bass Bonanza and its younger brother Bigger Bass Bonanza. This Megaways-powered slot from partner studio Pragmatic Play mixes the original games with a few extra features thrown in to keep you reeled in. Retaining the angler’s dream of catching as many prize-bearing fish as possible during the free spins to pile up more wins, Big Bass Bonanza Megaways is a great contender in the bass fishing range. You will be angling across 5 main reels, with an extra 4 symbol reels that spin horizontally at the top. Developers have put everything in a larger reel format, which means the numbers associated with the game are larger than the original. RTP is set at a very respective 96,7%, and while volatility is slightly high, the game has ranked 5 out of 5, with up to 46,656 ways to win.

Travel to Peru in Gonzo’s Quest, powered by NetEnt, to play among the ancient ruins where famous conquistador Gonzalo Pizzaro y Alonsa discovered the New World. Game developers have really gone the extra mile by creating a short intro video to introduce the main character’s story and make you feel part of the eye-catching atmosphere. Of the many interesting features, the one that stands out is the Avalanche Multiplier. Reels move in a cascading manner that resembles an avalanche. Each new Avalanche triggered will win you a multiplier. With a theoretical RTP of 96%, it ranges from medium to high volatility. The great visuals and accompanying audio effects enhance gameplay in this great slot. On average, this slot is reported to win big, so don your explorer’s hat and get ready to conquer this game.

The highly popular Starburst is a video slot by NetEnt, and the five flashy reels are set across three rows with 10 paylines. Originally designed for desktops and launched into the casino market in 2012, this legendary game has dominated the online gaming industry for years. Designed against a colourful backdrop with sparkling jewels and bright graphics, coupled with different sound effects and a subtle soundtrack, it makes for entertaining gameplay. Starburst has an RTP of 96,1% and a moderate hit frequency of 22,65%.

With so many options available, you should not find it hard to find a game that suits you. From mythical queens and exploring ruins to reeling in big bass or just having some colourful fun, winning is a safe bet. 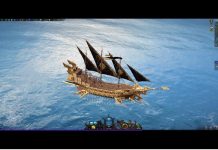 How To Get The Astray Ship – Step by Step Guide