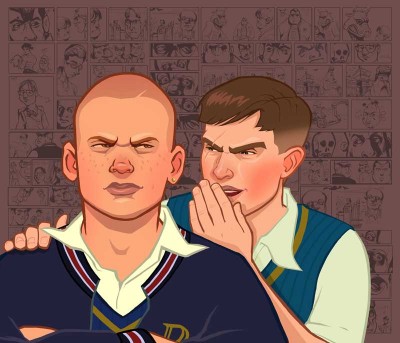 In an interview with Polygon, Grand Theft Auto V lead writer Dan Houser has expressed his desire to return to the world of Bully. Originally debuting back in 2006, Bully marked a slight departure for Rockstar. The game features a high school kid as it’s main protagonist and the story was less violent than Grand Theft Auto. But nevertheless, the game quickly became a fan favorite.

Dan Houser revealed that he has several new ideas for the story as well, “I know I want to. Well, hopefully, you never know. There’s a lot of directions I could go with that one, it’s funny.”

Another interesting thing that was proposed to Rockstar and Houser from their fans is the inclusion of Bully’s protagonist Jimmy Hopkins as a character in a Grand Theft Auto game. But Houser was quick to dismiss this potential, claiming Jimmy just isn’t bad enough to be in a GTA game.

“I never saw him as being that level of degenerate,” he said. “I saw him as a bad teen, because he comes from a tough home, who could go either direction. He’s not going to be a carjacker. He’s too white collar for that already. He’s at a s*** private school, but he’s going to end up being really happy because he’s at the worst bit of his life, or being a sort of messed up white collar doofus.

“He was an unpleasant soul, but he had a heart. To some extent you could say the same was true of [Grand Theft Auto IV’s] Niko in a bizarre way. But [Jimmy’s] not trying to burn down the school, he’s more trying to stand up to injustice.”

Houser also discussed the potential backlash Rockstar would’ve received for calling their game “Bully”, especially in the year 2006 where bullying became a serious issue for parents and people in general.

“I thought, we thought that the word’s strong,” he said. “It’s a strong word, an emotive word. Maybe too emotive in some ways, but we were confident we were not making a game which you were a bully. You were equally not lilly white of course, but you were not a bully. You were sort of standing up to a culture that encouraged bullying by being this tough kid that wasn’t sucked into that kind of world and was friends with some of the weaker kids, but by no means a saint.

“It was a response, a strong response, to that kind of institutionalized categorization of people.”

Even though this interview doesn’t guarantee a Bully sequel, it does provide a new hope for fans. You never know, Bully 2 might even become the biggest selling game of all time.