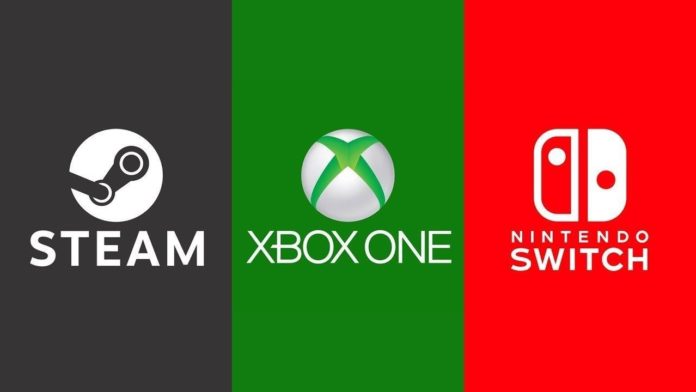 Making up half of the entertainment market in the UK, gaming is a veritable behemoth of an industry. Valued at £3.86bn, what was once the preserve of hardcore hobbyists has become something that pretty much every household enjoys to one extent or another.

Graduating from nerd culture to mainstream culture, consoles have outperformed MP3 players, DVD players, and even desktop computers in sales over the last few years. Box office tickets and television streaming service subscriptions also pale in comparison to the money made by the gaming industry.

Fetching its dollars and cents from the wallets of casuals as well as more serious players, the industry is enjoying greater and greater commercial success each year.

In real terms, a recent marketing report from Newzoo Global revealed that the industry enjoys a 13% average annual growth- a rate that no sector or business would sniff at.

Innovation is also helping to ensure there’s continual growth, with virtual reality (VR) headsets becoming an increasingly popular accessory amongst gamers -marketing intelligence firm IDC forecasts that by 2022, sales of these products will have risen by a tidy 70%.

As well as physical and digital sales, revenue for the industry is driven by the combined force of:

Opening up avenue after avenue for sales, there’s few industries that are better at marketing products and content to a captive audience.

Unsurprisingly, other services and industries have lately emerged to grab a slice of the cash on offer.

Perhaps the most successful of these is live streaming. Allowing viewers to watch gamers in real time for a small monthly fee, the industry is currently valued at an impressive £8bn.

Attracting an average of 15 million viewers a day, subscribers to streaming services typically spend an hour and a half watching their favourite broadcasters. What’s more, with certain streaming platforms now being integrated into smart TVs, the content has become even more accessible and is placed in direct competition with regular TV channels.

It might seem weird to think that people playing video games could be more compelling to audiences than the content being put out by big budget TV stations, but in 2018, there were peak times that found more people concurrently watching gamers than CNN.

A source of despair to strict parents across the world, platforms like Twitch, Mixer and Periscope allow talented (and often charismatic) gamers to carve out lucrative careers sharing their sessions with paying viewers.

With a 49% rise in broadcasters over the last year, there’s good reason to presume that this particular service will enjoy a similar yearly growth to the gaming industry itself.

Esports and competitive gaming have also come to be regarded as industries in their own right. Providing solo players and teams the opportunity to compete for large cash prizes, the events regularly fill out stadiums with upwards of 170,000 fans in attendance.

As of 2018, the combined worth of these tournaments and events was valued at a cool £90m.

The sheer scale of the industry and those which orbit it has naturally led gamers to ask themselves “how do I make money from gaming?”.

Whilst streaming is surely the more enjoyable and often most profitable means of making money from gaming, it’s a highly saturated market. Dominated by established names, breaking into the industry is by no means impossible, but it requires plenty of groundwork and a healthy amount of good luck.

The same goes for E-sports- with the battle lines fairly well drawn, assembling a team to compete at the topflight would take some time and there would be no guarantees it would attract the sponsorships or prize money necessary to become profitable.

The safer bet is to look at more traditional sales models. Particularly, the buying and selling of video games and the systems used to play them.

Of course, launching a new gaming shop brings with it a variety of high-stake risks. There’s the question of securing premises, finding the right suppliers, and undertaking all of the painful paperwork involved in starting up a business. It also takes a bit of time to develop a healthy reputation amongst the gaming community.

Thankfully, the gaming industry abounds with franchising opportunities that make it easy to get selling quickly. Instead of starting from scratch, investing in a gaming franchise means that owners are able to trade as part of a recognised brand.

Hitting the ground running, investors are provided with all the marketing materials, training, and stock necessary to start turning a profit. Not only this, but they benefit from the support of other members involved in the franchise network.

There’s also no need to fear that online sales make running a bricks and mortar gaming shop a thing of the past.

Indeed, whilst there has been a general move towards digital, physical game sales still accounted for £770m in 2018. This figure also fails to account for the money made in the video game resale market.

As market experts Games Industry Biz explained in a recent article, ‘there’s a community of active consumers picking up classic titles that have been previously owned’. With the trade-in economy still very much alive and kicking, there’s arguably never been a better time to invest in a gaming franchise.

It’s not just the exchange of new releases that brings in business for gaming franchises, either. The retro revolution has also ensured that shops maintain a strong presence on the high street.

Born out of nostalgia, many gamers are returning to the consoles of bygone years to relive their earliest gaming memories -the commercial success of the PS Classic and Super Nes Mini certainly confirm that there’s an increasing interest and demand for classic systems.

This of course creates a demand for gaming shops as they serve as a far more trusted and customer-friendly resource than online resellers.

Ultimately, gaming franchises are a way for business-minded gamers to make a dependable income from their hobby. With options available at varying levels of investment, they’re also an incredibly accessible business model to enter into.

Whilst much of the gaming industry operates takes place online, there remains a proven means of making money from gaming on the high street.