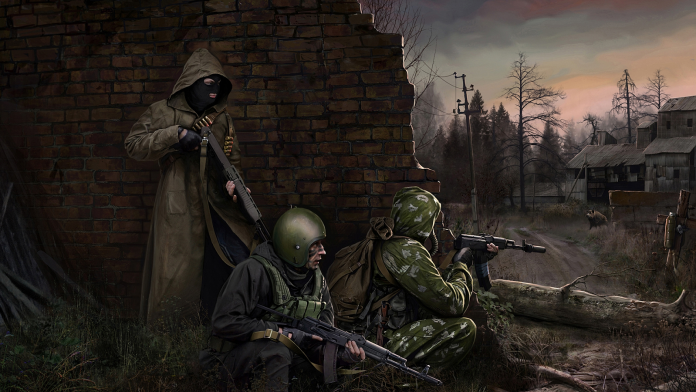 Join Lfcarry today and learn about what the two games have in common!

If you played any of the S.T.A.L.K.E.R. installments, then you must have had the same thought – EFT might as well be the Stalker 2.0.

EFT first became available in 2016. Its state was pretty rough, but it offered a lot of game mechanics, which are frankly not often seen to this day. However, what’s far more fascinating is how Tarkov’s concept is similar to the one of Stalker. Both games feature an isolated and dangerous territory where the rules of society of the outside world don’t apply. At the same time, that territory does exist in the real world. It is not one of those scenarios where the whole world has gone off the rails. This makes it way more exciting if you think about it. The rest of the world knows about the Exclusion Zone surrounding the 4th Reactor. The same goes for the City of Tarkov and surrounding it Norvinskya Oblast.

And sure, Stalker’s Zone is far more romanticized and filled with supernatural elements:

These elements surely do create a special kind of atmosphere that is hard to mistake for anything else. Tarkov has some similarities in world-building, but it’s concept is grounded in reality! This creates its own toned-down, gritty atmosphere. These are the things like EFT trainings contribute to EFT’s world-building:

Tarkov is still in the development stage, so many world-building features aren’t present yet, so it’s hard to compare what already exists in the game versus what Stalker was. However, if we consider everything planned for EFT, the correlation between the concepts becomes more obvious.

From the challenge standpoint and the data on the Tarkov boost services, we can conclude that for now, the biggest struggles the players have are questing and looting. For now, accumulating wealth in the game is the main goal. In the final version of the game, the ultimate goal will be escaping the city. Which is obviously stated in the name of the game. However, what not many people realize is how each player will come to realize this goal and how it will all come together in the open world. It’s true that the game is striving to connect all current locations and make one seamless open world out of them. Players will have to adapt to such a change and apply a new sort of eft training.

Players will likely start the game in their hideouts which will have a physical place on one of the maps. The extraction points could become the traveling points between locations. Furthermore, there will also be zones filled with radiation. Another node to Stalker ideas. Radiation zones in games aren’t exactly Stalker-exclusive. Still, just like in that game, in Tarkov, you’re going to need special equipment to be able to go there, and if you get infected, you’re going to need special medication to treat the side effects. Speaking of side effects, unlike in Stalker, there’ll be permanent effects which, if left unattended, will kill your character. Tarkov leveling will also change to let players advance in more tangible skills than just simple physique and stamina.

One could argue that Stalker doesn’t have these features because it came out all the way back in 2007. And it’s true. But the point we’re trying to make here is that Tarkov is still based in reality. The developers have a difficult task – to make their game as realistic as possible while at the same time fun! It is a video game, after all.

Now, let’s talk about LFcarry service and where does it fit in.

Imagine for a second if Stalker was an open-world online game. Like what Tarkov is trying to become and what DayZ is right now. Keep all of the original ingredients – anomalies, monsters, factions and add the massively multiplayer online element. It is easy to predict that there would be more experienced players with the best gear and weapons. To have good gear, it’s always useful to use the EFT Prapor boost. And there would be new players with starting equipment and an almost non-existing understanding of what to do next. In the world of Stalker, Stalker’s network is built around the idea of contracts. Someone needs to go to some location – they hire protection or a guide. If there’s an artifact they need but can’t get because they lack required equipment or are simply inexperienced – stalkers will hire someone who knows how to find and extract artifacts. EFT is exactly the same. Even though it doesn’t feature the seamless open-world, the contracts are still there LFcarry has the best players out there that help other players with all kinds of jobs. LFcarry leveling, for instance, is aimed at assisting players in acquiring specific skills from Tarkov’s leveling system. Whereas the Escape From Tarkov quests boost is a category of services for helping players complete quests offered by the NPC traders in the game. This is the same sort of arrangement more experienced Stalkers would have with those who just made it to the Exclusion Zone.

The Zone is Always There!

Now, why is this a good thing? If we continue our analogy, fresh Stalkers with no gear will not survive for long if they venture too far outside the limits of the first safe village. They usually have bad gear and bad weapons, which makes them super vulnerable to the dangers of the Zones. Furthermore, it makes them unfit to complete any kind of rewarding mission. Now, if we look at the Jaeger quests Tarkov boost, for instance, this is the kind of service that helps players with survival elements of the game. Jaeger is known to give out very particular kinds of contracts where the requirement is a player being handicapped in some way. Isn’t it just way better to have a reliable player by your side when you’re trying to complete such a task? This is what Jaeger Tarkov boost is about.

And how can we not mention that both Prapor and Sidorovich are very much alike? It is no surprise that one of the very first quests players accept in Tarkov is the one given by Prapor. With time, however, his requests gain complexity and difficulty, so a lot of gamers are using the Prapor’s BP quests boost.

All of this means that when Tarkov is released as a feature-complete game, the resemblance between it and Stalker will become undeniable. And this is great because we need more games like this.