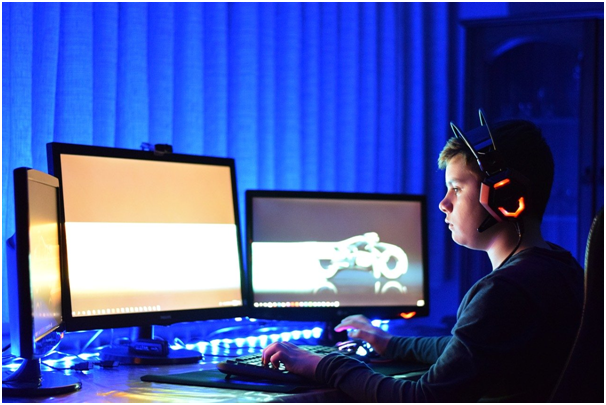 Anime is a uniquely Japanese style of television show or film. Anime shows and movies are top-rated around the world, and their popularity just keeps on increasing with each passing year. Also, anime-inspired games like Project QT are highly popular among the users right now, so much so, that the Japanese Animation Industry earned 18 billion USD in 2017.

If you are new to the realm of anime games, here is what all you need to know about them.

The brief history of Anime

The first anime film was released in 1917 in Japan. During the same year, nineteen more anime films were released amidst World War I. Four years later, in 1921, the very first anime studio, named Kitayama Eiga Seisakujo, was set up by Kitayama.

Despite the difficulties of the ongoing war and destruction of most of the studios, anime continued to grow. Since then, anime just increased in popularity with memorable movies and tv shows like Boku no Son Goku and Hakujaden. It was in the late 1980s that games inspired by animes came into existence.

An Introduction to Anime games

Anime games are all about attractive animations, graphics and artworks, intriguing and deadly battles, and the highly and variedly skilled characters. Most of the time, anime games are inspired by folk stories, anime, or Japanese mythology.

The game is based on a plot that continues throughout the game, including the side-quests. The protagonist of the game is the narrator of the story that the game involves. Anime games are also about dynamic characters. These characters are equipped with different skills that are useful in different combat situations.

They are inspired by anime and manga

If you are an anime fan and have a fun and exciting time watching your favorite shows, you might also want to enter the realm of your favorite anime show. With a lot of anime games being inspired by popular anime shows, it is possible that you realize your dream.

In anime games inspired by anime movies and tv shows, you get to control the characters that you once used to watch act in the videos. Sometimes, you can even customize them by changing their skin color, hairstyle, clothes, or gear. Similarly, there is a massive variety of games based on different mangas.

They are mostly about fights and battles

A significant reason for the popularity of anime games is the adventurous combats and battles that these games allow you to experience. The games involve swift and fluid fights with beautifully animated action. You get to fight in the form of variedly skilled characters in a set-up involving soldiers, robots, monsters, or even aliens.

There are stunning and deadly weapons that you can equip and use to reduce your opponents into blood and gut. You can enjoy fighting these battles alone or form teams with your friends. Sometimes you can also switch between different characters or choose different weapons during the fight to form a unique combo.

The characters in anime games are highly skilled fighters. In most anime games, you can choose from a wide variety of characters equipped with skills suitable for different combat situations. There can be soldiers, warriors, policemen, detectives, sailors, travelers, or even jokers. Plots revolving around murder mysteries can help you to explore characters like the detective solving the mysteries or the culprit that the cops are chasing.

Some games have a variety of gameplay modes that can keep your characters engaged while you connect with other members of the community. Several games feature ultra-detailed character customization tools that allow you to customize your characters in terms of their costume, hairstyle, skin color, height, or gear.

There are gripping plots

The story and plot of these games that are usually inspired by anime and manga are sure to give you an episodic feel. The story unravels gradually with each playthrough. The tone of the plot can be grandiose, evocatively thoughtful, or anywhere in between.

Some games can take you through ancient cities of the world like New York or London. A lot of plots involve the set-up of the World Wars. You would be able to form troops and tanks to attack the empire. Some scenarios would jail you in some deserted place, and you would have to solve puzzles to escape.

Most anime games include side-quests and puzzle-solving sequences. You can get caught in situations where you have to solve a puzzle to escape from that place, say a ship, or a deserted island.

The puzzles could be mathematical problems, jigsaw, crosswords, brainteasers, or situations where you would have to search for a door with the help of the indications to enter the next level. Solving these puzzles can give you some extra points and let you know more about the background story.