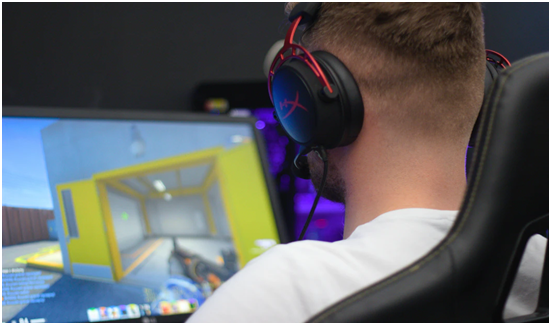 Today we bring you some tips and tricks from Counter-Strike: Global Offensive, the version of what is probably the most popular shooting game of all time.

Counter-Strike: Global Offensive is neither more nor less than the latest version of the shooter that marked an entire generation. With the rise of eSports and PC gaming, it has become even more competitive, with world rankings, teams, and competitions all over the place.

There are 11 million players per month that this Valve game has, and it is one of their most popular games. Everyday, thousands more are added to the hours of players that already flood their servers, although in some cases the beginner stage can be very hard.

CS: GO is different from other shooters, in a way that its characters do not evolve. It is you, the player, who improves with practice and the passage of time.

Game modes: the best of the classic Counter with eSports

This edition of Counter-Strike, CS: GO, a guide is needed to understand the basics of the new game modes. To the two classics, the taking of hostages and the deactivation of the bomb, some modifications are added that enrich the gaming experience.

For example, there is a mode called Arms Race, in which everyone starts with an MP9. In each round, according to the deaths you have achieved in the previous one you will receive a different weapon. The more death, the better the submachine gun, so to speak.

There is also Demolition Mode, a variant of the Deactivation Mission. Your objective is to explode the bomb or deactivate it, with the variety of winning weapons with each round. As in the Arms Race, more deaths mean more firepower.

Deathmatch consists of a time trial mission. This mode of CS: GO is one of the most popular for its dizzying pace. You have 10 minutes to get more points than your opponent in a 1 vs. 1 game. You can kill him or kill chickens, which are the same for that matter.

The competitiveness is the same as in the old Counter-Strike, although in CS: GO it goes further. There are cash prizes and money at stake, which raise interest in bets. So, if you want to try your hand at this, click here and learn more about it. You will be surprised at the number of players actually bet on these games, and most importantly, the sum of their winnings.

CS: GO is an online multiplayer in which the equipment matters a lot. Your individual classification is what allows you to climb the league and access new objects, weapons and equipment. Therefore, you have two options: a casual and competitive mode.

In the casual mode, you can complete the Hostage or Deactivation Mission without fear of falling out of favor in the face of the ranking. You start with a set of weapons and a real team of people like you who play online.

You can use this mode to experiment and test weapons, movements, and strategies.

For its part, the competitive mode is in which the good guys play, the First Division. The game assigns you and your four teammates to play a 5 vs 5 in Deactivation. Unlike Casual Mode, here you have to spend the money to buy weapons at the end of each round.

Be very careful with the shots, because in Competitive there is friendly fire and you can leave your team with one less if you do not aim well.

Tips to find the best strategy in Counter-Strike

Enjoy. Remember that we play to have fun, not to frustrate us. Try to look at your own mistakes and understand what you do well and what usually your weaknesses are. Self-analysis will help you improve much faster.