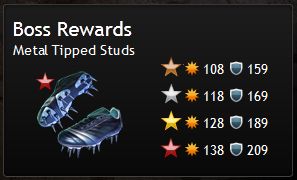 The most important thing about this new district is that it introduces two new features: Bandits and a Secret District Boss Fight.

What are the Bandits in Mafia Wars / By the Bookie district?

These are random characters that will appear as you do stuff in the game (like completing missions) and they will “steal” your XP or cash or even block access to specific missions. In other words, they’re a pain in the a$$.

Then, we have the new By the Bookie district boss: Carlo the Coach which will be pretty difficult to defeat. You will get to him after completing all the 9 jobs in the district and you must defeat him multiple time to get the cool Boss Rewards at maximum levels. Check out the image in the upper left corner to see the reward.

All in all, the new By the Bookie secret district in Mafia Wars is a pretty cool addition to the game and I am sure you will have a great time completing it. Just don’t forget that you only have time until March 6th to do it!