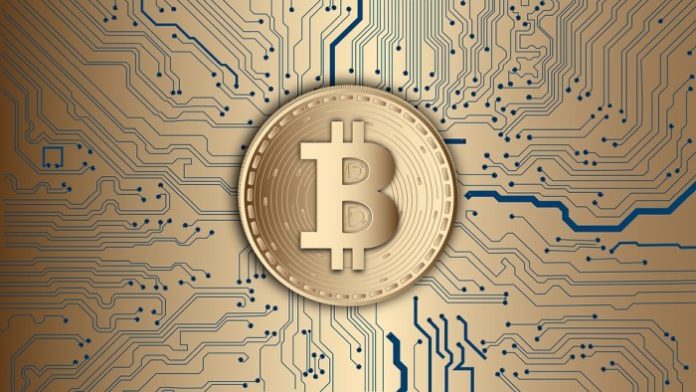 Cryptocurrency is now integrated in the lives of people living in the modern era. The introduction of crypto to the society has made life significantly easier and hassle free—people can send money across borders with less fees and less waiting time.

It’s an indisputable fact that Bitcoin is the leading and most important currency of our time. Since its inception, it has revolutionized the traditional method of payment, investment, and bank transactions. But every day, people are introducing different products to the market. While Bitcoin remains as the leading crypto in the industry, another cryptocurrency has been carving a niche for itself that experts say can topple Bitcoin out of its place. In 2012, a US-based company called RippleLabs introduced Ripple to the industry.

While Bitcoin and Ripple are both cryptocurrencies, there are key differences that set the two apart. In this article, we will shed light on the differences between the two giants playing in the market of cryptocurrency.

As stated earlier, Ripple and Bitcoin are both cryptocurrencies that operate using blockchain technology. It also lets people all around the globe to send and receive money without the hassle and with less fees. Transactions for both cryptos are made possible because of their native coins called XRP and BTC, respectively. Despite their similarities, both Ripple and Bitcoin are entirely different in many ways.

Bitcoin was the first cryptocurrency available in the market. Created in 2008, Bitcoin was introduced by Satoshi Nakamoto. It’s still unconfirmed whether Satoshi Nakamoto is a person or group, but the aim of Bitcoin’s inventor was to create a payment system that would enable people to transact money on a peer-to-peer basis.

The aim of Bitcoin is to remove the third party presence that verifies transactions. Since Bitcoin is not controlled by any party or authority, it is considered as decentralized. Transactions made using Bitcoin are processed by a community called ‘miners’.

Three years after Bitcoin’s introduction in the crypto market, RippleLabs launched Ripple. The purpose of Ripple was to form a system that banks can use to send and receive funds on a domestic and international scale. Ripple is the name of the technology that allows people to process their transactions. XRP is the native coin that stands as the currency Ripple use.

Ripple doesn’t have a third party to verify the transactions, which allows people and banks to process their funds on a peer-to-peer basis. Ripple has three solutions called XVia, XCurrent, and XRapid. These solutions are geared towards helping banks and financial institutions to improve the speed of their transactions.

Sending funds to another person using Bitcoin can take up to 10 minutes. This is the standard time needed for a transaction to be processed. This amount of time remains the same whether the transaction is domestic or international. Using banks can take up to a few days before a money transfer is completed. Bitcoin can only handle a maximum of 7 transactions per second.

Transactions using Ripple only take up a few seconds to be completed. This makes Ripple a better option for people who mind the relatively slow processing of Bitcoin. If Bitcoin can only process a maximum of 7 transactions, Ripple can handle 1,500 per second.

Most banks use Ripple to send funds to banks from different countries because of Ripple’s transaction speed. Some banks who still use SWIFT need to wait up to three days to get their transactions finalized.

For banks in developing countries that have to exchange currencies not available in their country, they can use Ripple to utilize XRP as the middlecoin that will act as a liquid asset. Using XRP will save them additional fees from all multiple exchanges that money needs to undergo.

Cryptocurrency’s aim is to improve the speed of receiving and sending funds without the presence of mediators. Without the third parties involved in the transaction, cryptocurrencies are deemed as decentralized, meaning it is not controlled by any authority or organization.

During Bitcoin’s early days, anyone who wished to become a miner can participate in the blockchain using a GPU or CPU. When the ASICS entered the market, it became difficult to enter the blockchain because ASIC was more powerful and can generate more power than the GPU or CPU. People who use ASIC will have more edge because they have more opportunities to win mining rewards.

Ripple is controlled and manned by RippleLabs, meaning it’s not as decentralized as the other digital coins in the market. While the company doesn’t have control over the funds of people, they have power in the XRP supply.

It’s also not possible to mine XRP. Ripple uses transactor validator technology. Only financial institutions can be a validator if they incorporate the technology in their system.

Both Ripple and Bitcoin don’t have a third party to handle verification and take care of their transactions. Both use a technology that runs on cryptographic algorithms to validate each transaction without a middleman. This process will ensure that the funds are not double-spent. The devices of both Ripple and Bitcoin are termed as a node. Before a transaction gets carried out, the nodes must reach a consensus, which means that the request sent to them is valid.

Bitcoin uses a blockchain technology that allows them to perform services. Bitcoin operates on blockchain to allow secure and fast peer-to-peer transactions that cannot be altered once recorded on a ledger. The database of the blockchain is shared across different devices. Everytime an update happens on the database, the information is automatically stored on every computer in the blockchain.

Ripple runs using DLT or Distributed Ledger Technology. DLT, unlike blockchain, has more control over the transactions they handle. They can dictate, alter, and change how the system works within the network. Many speculate that method doesn’t sound decentralized. Another thing to note about Ripple’s DLT is that only certain people can be a validator because each node has an appointed individual.

Bitcoin is a bit more flexible in terms of usage. Many transactions can be processed using this digital coin. Dating sites, food delivery apps, and online-based retail shops can accept Bitcoin for payment. While Bitcoin is accepted in online stores, most physical stores don’t accept Bitcoin in their payment options.

Ripple was created to cater to the needs of banks and financial institutions. It can’t be used as a cash alternative like BTC. Ripple is made to help banks carry out transactions in a cheaper and more efficient way. Lately, however, Ripple has been expanding their reach by accommodating more customers. For example, online casinos have started allowing betting with Ripple.

Bitcoin vs Ripple: In the Gambling Industry

While both Ripple and Bitcoin are doing wonders in the economy by revolutionizing traditional payment methods, the two cryptos have started a stir in the casino industry. In recent years, more online casinos are adding cryptocurrency in the payment options they accept.

Both Ripple and Bitcoin are two of the most-used crypto by punters. The two have their fair share of critics and patrons in the casino world.

Many players and online casinos are shifting to playing with Ripple because of the many advantages it has that can make gaming more convenient. Here are the following pros of using Ripple:

Betting with Ripple will require lesser fees because the average amount needed for XRP is around 0.0005 XRP. Compared to other fiat currencies and BTC, XRP is a life-saver.

XRP is also known as the ‘middle coin’. Because the purpose of XRP is to act as a replacement for liquid funds, banks that process Ripple transactions won’t have a hard time with different exchange rates and conversion procedures.

Betting with Ripple are easier for punters and online casinos because of its transaction speed. Sending and receiving funds with Ripple will only take an average 5 seconds. Compared to other cryptos, Ripple is the fastest digital coin out there.

While Ripple is not a decentralized cryptocurrency, all transactions made in Ripple are kept anonymous by the company’s trusted nodes. Since using crypto doesn’t need sensitive information, players just need to provide their wallet ID to receive transactions.

Payment details cannot be altered in the ledger once it’s been recorded. This means that betting with Ripple will keep your payment transactions safe from any kind of breach and tampering.

Since Bitcoin was created, many online casinos started including cryptocurrency in their modes of payment. Since using digital assets for payment is quicker compared to normal bank transactions, many found it convenient to use crypto in gaming instead. Here are a few reasons why Bitcoin is one of the most popular cryptos in the industry.

No one can control your Bitcoin assets because it’s decentralized. Due to its nature, Bitcoin is the option most players use because they can control their transactions without intervention. Ripple, on the other hand, has its coins controlled by the ledger.

Speed is one of Bitcoin’s many questioned qualities. It would take a Bitcoin transaction up to 10 minutes to be completed. This is because the technology they use can only accommodate 7 transactions per second.

Bitcoin games can be called provably fair. Provably Fair means the games that run on Bitcoin are verified by legitimate licensing companies. Many sites like Bitcasino.io feature a wide variety of these games.

Since Bitcoin and other cryptos are accepted in many countries, it’s easier for players from different parts of the world to engage in online gambling. Even people from restricted countries can place their wagers when they play in bitcoin casinos like Bitcasino.io.

Bitcoin vs Ripple: Who Will Stand the Test of Time?

Both Ripple and Bitcoin have done an outstanding job in their own ways. Both cryptos have brought many changes that helped modernize the slow payment system we are used to. In terms of usability, Bitcoin tops the list because it’s accepted by over 20,000 establishments. The problematic area in Bitcoin is that its process and speed is rather slow and time consuming.

Ripple, on the other hand, caters more to big banks and financial institutions. Ripple isn’t as functional as Bitcoin because stores doesn’t accept it as a payment yet. Giants in the banking industry have partnered with Ripple because of its potential. If Ripple continues to improve and break records, who knows what heights they can achieve in the crypto market?

Bitcoin VS Ripple: The Final Verdict

While Bitcoin is still considered as the most important and sought after crypto in the market because it’s been around in the market compared to Ripple, Ripple is already catching up to the cryptocurrency race. Ripple continues to soar and reach new heights with its aim to make cross-border payments hassle-free with lesser transaction fees.

With Ripple’s aspirations to make banking and payments accessible, cheap, and more efficient, it will soon revolutionize the medieval banking system that we have now. If Ripple keeps up with its good performance, it might soon dominate the realm of digital currencies.

Best Betting Sites For LoL (League of Legends) In 2021 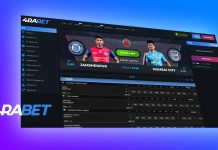 How to Bet on Sports with 4rabet

Regulation of Casino Apps in India 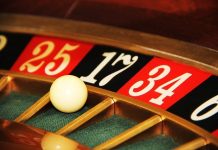 The Success Of Mainstream Casino Games In The Middle East

Best Betting Sites For LoL (League of Legends) In 2021

How to Bet on Sports with 4rabet

Improve Your Online Gaming Skills With These Simple Tips