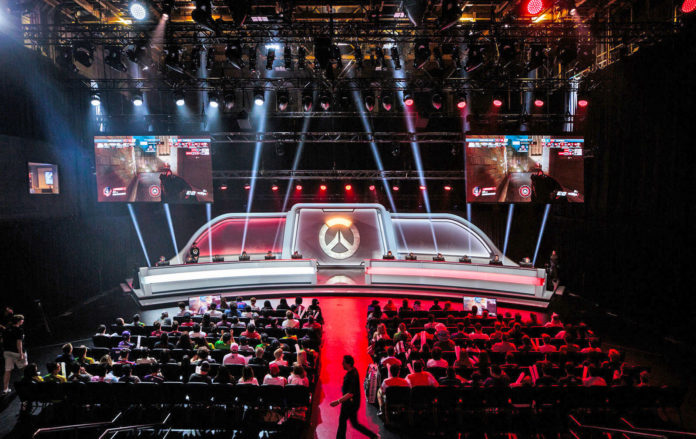 The Vancouver Titans shocked the San Francisco Shock in Stage 1 of the Overwatch League back in March.

In Stage 2, the Shock came back and led the pack. Now in Stage 3, we are down to the final couple of weeks of play before heading into Stage 4 in late July. At the moment, it’s the NY Excelsior who have remained undefeated but will that Reign continue in Atlanta against the Florida Mayhem and Toronto Defiant?

Top sportsbooks like bovada seem to think so, at least against the Dragons. Listed as high as -10,000, the Excelsior are supernova-sized favorites for their Thursday match. To put this into perspective, a $100 wager would only net you one dollar when New York wins.

The Philadelphia Fusion were sizable favorites (-426) over the Washington Justice. The Atlanta Reign smashed since they’re hometown heroes as -328 favorites over the Toronto Defiant. And, the Shanghai Dragons at -496 were the big faves over Guangzhou but Guangzhou smashed them hard.

I feel like we don’t really need to get too deep into the New York Excelsior vs. Florida Mayhem match, as we know that, barring a crazy, the Excelsior dominated in that affair.

But the Toronto Defiant vs. Atlanta Reign, that’s another story. The Reign are always favorites, and they placed as 1rst once again last Saturday.

That said back in Stage 1, Atlanta took down Toronto 3-1 and the last map they smashed through 3-0 with Defran double-gunning out almost the entire Toronto Defiant roster in the last round.  We know that anytime these two teams meet it’s going to be a dogfight. But just like the odds would indicate, we have to give the edge to the Reign. They have home-field advantage and are going to be fired up in their attempt to get a decisive victory in front of their home crowd.

Right now both teams are below the cutoff line, so this will be all about the glory … and who wants it more. That team is Atlanta.

The Philadelphia Fusion were cut out from Shanghai Dragons below the relegation line, they didn’t make it right on Sunday and now they remain at 11th place.

As moderate favorites, this is one where I think there is some value taking the Fusion. They smashed Washington much harder than the odds indicate. If their recent clutch play against the Boston Uprising is any indicator, we may even see a clean sweep of the maps. Look for EQO to go on a roll, and take the Fusion to smash the Justice.