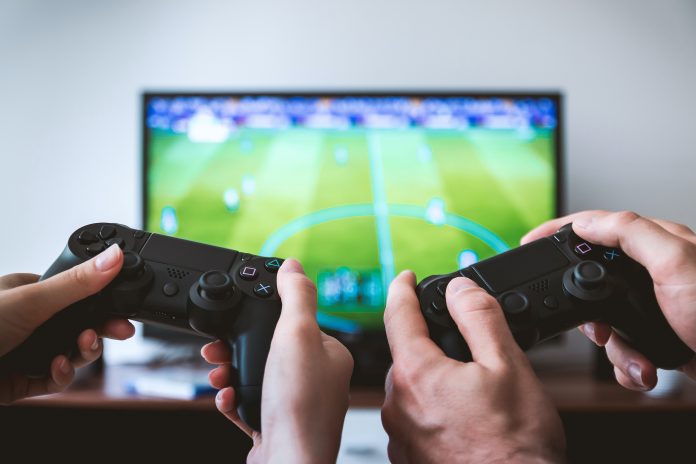 Until recent years, video games have been criticized at every corner. Little has been known about any positive influence they might have on users. These times are finally over as there is a wealth of scientific evidence that playing video games can bring benefits beyond improved coordination and making your brain release dopamine.

Choose your gaming console and start upgrading your real-world skills while enjoying your favorite games. You can’t go wrong with Xbox One or PS4.

If you need more money to purchase your favorite gaming console, you can visit an online lending platform like MoneyAsap and request a payday or installment loan quickly. The entire loan approval process is a breeze, with a minimum of documents to give it a go.

The next time you feel like taking some painkillers, try playing your favorite video game first. Several studies have proven that video games can effectively relieve different types of pain. For example, burn victims reported that their pain levels dropped by about 35–50% while playing a VR game. Overall, such a way of alleviating the pain proved effective in 84% of cases, including patients who suffered from side effects after chemo, moms during childbirth, orthopedic patients, and more. Watching TV or reading a book can be used as passive distractions for pain relief, but they are far less effective. Immersing into the video gaming environment alters the perception of pain and surprisingly increases your pain tolerance.

2. Helps You Calm Down

When played in moderation, certain video games can create a calming atmosphere to help alleviate stress and significantly reduce anxiety. Playing games can be prescribed to people suffering from PTSD, anxiety disorders, panic attacks, and a variety of phobias. Positive results have been observed for people who played games a couple of times per week. Science backs this up, even though further studies are needed.

It turns out that playing action games might not only help you improve your night vision but can also train your eyes to discern between multiple shades of grey. Moreover, playing video games can improve vision and, more specifically, contrast sensitivity, even in people who found it challenging to recognize faces or read the fine print before.

Which games can be recommended by ophthalmologists to patients with deteriorated visual acuity? Games where players are required to focus on moving objects, typically with fast action, as it serves as an excellent exercise for eye muscles. Also, playing shooting games like Call of Duty from time to time can improve your peripheral vision.

If you find it challenging to make decisions, playing video games won’t waste your time. Recent studies have shed light on the way gaming affects our decision-making skills. It’s proven that fast-paced video games can be used as an effective training regimen to improve our reaction times in various real-life scenarios. The players are known to develop a heightened sensitivity to their gameplay surroundings that helps them adapt to the situation and make decisions faster. According to the findings, action video game players train their brains to process visual and auditory data more efficiently.

Social development can be named as one more advantage of playing video games. Although players are often labeled as introverted geeks with damaged social skills and low self-esteem, this is mostly far from the truth. Playing games doesn’t bring about social problems and shouldn’t be perceived as a solitary pastime. Studies reveal that video games encourage players to gather in person more often. Gaming platforms like Fortnite or Minecraft allow players to make meaningful connections with peers and even establish lifelong friendships.

It may sound insane, but video games can do wonders for your ability to control your hands. In a separate study, surgeons (specifically, laparoscopic specialists) who regularly played video games showed better performance at work with 37% fewer mistakes during surgery. So, the scene in Matrix where Neo is learning Kung-fu with Morpheus in virtual reality seems to be backed up by scientific research. After all, it’s all about muscle memory, which resides in our nervous system.

A similar mechanism can be applied in the case of multiple sclerosis patients who can successfully improve their balance skills by playing video games involving, for example, standing on a balance board.

If you can’t curb your cravings for sweet treats, alcoholic beverages, drugs, coffee, or cigarettes, get sucked into a video game sometimes, and the problem might be gone. A study has demonstrated a 24% decrease in numerous types of cravings after playing Tetris for half an hour. How does it work? The brain can vividly imagine only one thing at a time. If your brain focuses on a visually exciting game like Tetris, cravings would be left out of your mind to prevent overload.

Video games can serve as indispensable educational tools for children of different ages. For example, a game based on specific historical events like Assassin’s Creed might make players eager to read books about the period of the Third Crusade and study the map of Italy. They may also develop patience as a result of overcoming game challenges over and over again. They learn how to solve puzzles, develop keyboarding skills, use logic, and learn how to build strategies.

Yes, there is a correlation between your leadership skills and playing video games. Many genres of games, especially MMORPGs, require players to exhibit the traits of a leader and learn how to make better and informed choices for themselves and their community. No wonder such traits often reveal themselves in players’ real lives, helping them achieve career goals and overall success.

If played wisely and in moderation, video games can have a tremendous positive impact. However, like anything that’s overly done, it can be harmful when people get addicted.

Author’s Bio: Harrison has been a freelance financial reporter for the past 6 years. He knows the major trends in the financial world. Jones’ experience and useful tips help people manage their budgets wisely.