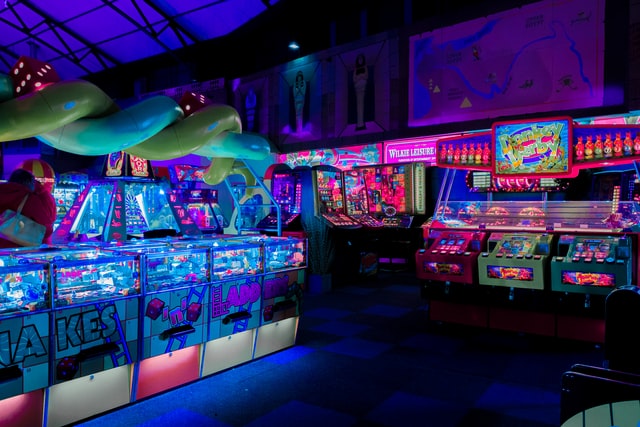 Developed by Crytek, Hunt: Showdown is an exhilarating video game that received lots of critical acclaim when it was released back in 2019. This first-person shooter game is fun and engaging, especially when you’re playing as a team. There are two gameplay modes you should know about: Quickplay and Bounty Hunt. The former is essentially a battle royale where players use a map to locate an energy wellspring as they try their best to fight off militant attackers.

In Bounty Hunt, players assume the role of ruthless bounty hunters. Their aim is to claim a huge bounty by hunting down a few monsters within the game. There are three maps that you can utilize to get vital clues and use them to find and kill two of the four monsters.

However, it’s not all smooth sailing since the open field contains a variety of eco-hazards and foes like Armoreds, Hives and Grunts. This remarkable game contains visually appealing graphics and entertaining gameplays. However, it’s easy to get quickly punished if you make the wrong in-game decisions.

This new player Hunt Showdown guide provides all the essential tips and tricks that you’ll need to succeed in this game.

What makes Hunt: Showdown such a fun game?

First-person multiplayer shooter games have gradually been taking center-stage in the past few decades. Apart from their ability to boost mental focus and enhance your ability to multitask, these games are extremely enjoyable for enthusiasts because they get to interact with other real-life gamers and compete with highly skilled opponents.

Hunt: Showdown is designed as a cooperative game that should essentially be played by a team consisting of two or more individuals. Its 19th century setting is evinced by the in-game classic weapons that dominated during that era. Impressively, you can customize the outfits and weapons adorned by each character to enjoy an entirely personalized gaming experience.

The four monsters in Hunt: Showdown comprise the Assassin, the Spider, the Butcher and the Scrapbook. The Scrapbook is considered to be a brand new entrant. These bosses look very authentic, thanks to the high resolution graphics that were incorporated by the game designers.

There’s an assortment of weapons that players can utilize to defeat their adversaries, including crossbows and shotguns. However, players must make each shot count because ammo in Showdown is rather scarce – this particular element of the game helps to improve its appeal even further.

Hunt: Showdown has an innovative gameplay loop and offers a distinct gaming experience, endearing it to thousands of players across the globe.

Should you invest in a Showdown guide?

Newbies and seasoned players who still haven’t learnt the ropes can benefit tremendously from a Showdown guide.

Here are three compelling reasons why you should invest in a Showdown guide:

If you’ve just discovered Hunt: Showdown but you’re still struggling to understand its particular gameplay, investing in a comprehensive guide can help. Such guides offer essential tips and tricks that you can use to understand the game and improve your skills. For instance, you ought to pay attention to your surroundings when confronted by an opponent. Look for potential traps, available weapons and other items that you can leverage to help you emerge victorious in a gunfight.

Even the most experienced pro can learn something new once they obtain a Showdown guide. For instance, did you know that you can use sound as an ally? Your ears can help immensely when planning attacks, navigating through uncharted territories and fortifying your defense to fend off upcoming enemies. In addition, using a guide will teach you the art of patience. It’s extremely important to keep your cool and aim with precision when making your shot because every missed opportunity can effectively shift the advantage towards your opponent.

Nothing compares to the ecstatic feeling you get after winning a competitive video game. Needless to say, the major objective of playing Hunt: Showdown – or any multiplayer game for that matter – is to defeat your opponents and claim the bounty. Investing in a Showdown guide will help you master the intricate skill of using different weapons, ammo and other resources to your advantage and consequently boost your win rate. This guide offers some critical insights that can help you survive different levels of the game and succeed in your conquest.

Hunt: Showdown is a brilliant player-versus-player shooter game that’s bound to scratch that incessant gaming itch among many players. Investing in a Showdown guide will provide you with an in-depth understanding of its gameplay dynamics and divulge different tricks that will improve your gaming experience.