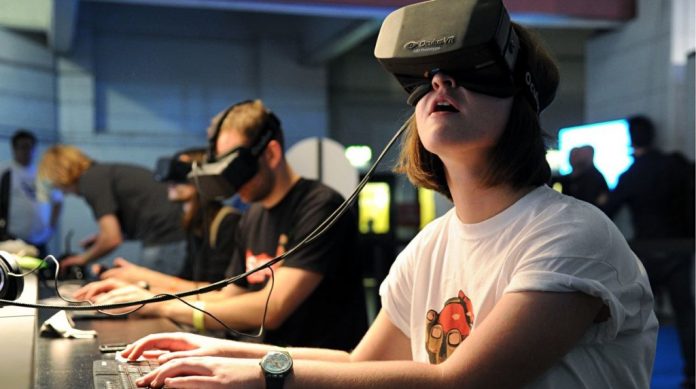 A long, long time ago, men of vision saw us flying bodily through cyberspace, exploring internet in our stylized, mirror surfaced avatars, all through the magic of virtual reality glasses. Well, that prophecy never came to pass, but VR is making a return these days, and boy does it have some plans for everything! Fortunately for us gamers, this includes a heaping ton of VR videogames. And this exciting new sphere of game development needs you!

First, a few numbers. Jesse Schell of Schell Games, the developers of I Expect You To Die, has recently made some predictions about the future of this whole VR shebang. There are a few takeaways from his sage words. For one, Schell predicts that mobile VR headsets will outnumber and continue to outnumber PC and Console headsets 4 to 1. It‘s simple, really: nearly everyone has a smartphone these days, and mobile headsets are cheap. If you‘re not picky, you might even blunder into a free copy of Google Cardboard. Schell also mentioned that we‘ll see the rise of at least one game genre that is specific to VR. It‘s up to the kids to find out what it is.

For now, mobile games are ruled by various relatively simplistic titles. What can the devs do, Google Cardboard is basically limited to gaze controls, while only a few mid-range (read: cheaper than Samsung Gear VR) sets come with anything sophisticated. But gaze controls don‘t mean that you can‘t have fun. AaaaAaaaaAaAaaa! (you know what game I mean) already has a gaze control version that works marvelously with headsets. Endless runners and space shooters are also keen to find their place under the sun. And they‘re all fairly primitively looking, because you have to pay attention to your limited hardware. 90 FPS is a tall order that you nevertheless need to fulfill so as not to make users hurl (they still might, though).

So now that you know that you need to make a game with restrictive interactivity and somewhat primitive models, what do you do? There’s something more important to games than ideas, models and competence (OK, I might be exaggerating a little). That is the game engine! And are you in luck or what: most mainstream game engines are free! Unreal Engine 4 is free, Unity is free, Cryengine is free, even such simple platforms as WebGoo are free! They don’t even require that you know much or any coding, because they support visual programing: anything you need is done by connecting blocks of code and seeing how they interact. Now, you need to take care of the visual part.

So while games like Anshar Wars 2 look pretty darn good and EVE Gunjack looks even better (because of Unreal Engine 4), not every piece of hardware out there is a top-of-the-line Samsung phone, also known as the “main requirement for Samsung Gear VR”. So game developers need to be really mindful of the assets they put in a game. Luckily for you, online stock model marketplaces like CGTrader exist. Why model anything yourself if you can grab some free models and mash them together into a game? And even if you’re buying models, there is a mountain of material (even if it’s paid) that take modeling out of your hands. This is especially important to anyone dreaming of making space games and such: people love modeling sci-fi spaceships, and generic ones are basically dime a dozen.

Of course, there are certain tips and tricks that apply to modeling for VR games. You’ll want to make texture maps and bake detail into textures (for faraway objects, at least), you’ll need to optimize models and do occlusion culling like there is no tomorrow. However, those are pretty late steps that you’ll get to once you have your idea nailed down.

So what game will you make? Will it be a simple endless runner, even if it’s set in space and features giant robots trying to eat you? Will you make a space shooter where the player’s ship is blasting a never ending stream of laser blasts at never ending enemies? Maybe you’ll make a sneaking game that uses node-based movement and interactivity, something that can be accomplished using gaze controls-only? Maybe you’ll be the inventor of the New VR Game Genre that Schell mentioned!

Whatever you do, drop it, and go make a game. Draw your design document on a paper napkin. Download a game engine. Get some game optimized low-polygon models. And make something, simply make something. It might be a little crude and it could never hold a candle to a real AAA title. But that is your foot in the door, that is providing your own shoulders of giants to stand on while you strike out for the VR future. Simply do it!

Counter-Strike GO: All You Need to Know

Best Games for New Players In 2020

Nine Ways to Make Money from Sports Around the World

Counter-Strike GO: All You Need to Know

Best Games for New Players In 2020