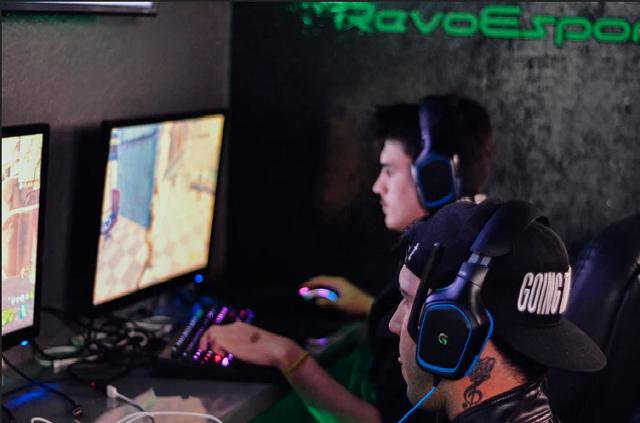 Video games are often dismissed as not something that is immediately worth equating to the actual sport. Actually, most sports fans will raise a wary eye and say – this cannot be. As it turns out, though, video games and soccer share a lot, and specifically those games that are played competitively.

Just like you can find soccer odds 1×2 today, so you can find odds for FIFA, a video game that is played competitively and that supposedly requires a lot of skill to play professionally. Can digital football really exist? Yes, it can, and it’s thriving. Admittedly, FIFA is mostly benefiting from the popularity of the sports game, but this doesn’t mean it doesn’t have its devout base of followers and fans.

As it turns out, esports and real soccer share a lot of similarities. For example, there is eye-to-hand-leg coordination that both gamers and soccer athletes have to have mastered. Otherwise, they would just end up tripping – whether they do in the digital world or in the stadium in front of millions of onlookers.

But in honesty, what are the intersections between professional gaming and being a professional sports player? Let’s take a look.

The chances to become either an esports player or a soccer player are not very high. That is to say, if you want to be the crème de la crème or the best player there is. Many esports players and soccer players could have just as well invested that same time into becoming lawyers or doctors, and they may have been closer to perfection than mastering gaming or soccer.

The reason is simple – you don’t compete to be a great doctor; you just are. However, in video games and soccer, you only receive distinction and status only if you are in the top five percent of your trade. You are competing against thousands of other would-be professionals in your region or country, and there are no promises that you have the innate talent to be better.

To get a chance at succeeding, though, you would need to demonstrate one simple thing – unfaltering dedication over years of hard work without flagging in your efforts to be the best in your chosen field.

You Need to Be Smart to Get Far

Esports players and soccer players both need to be clever. They cannot excel based on athletic prowess alone or a sound grasp of how the core mechanics work. They need to be clever and strategize about everything that transpires in a single game of soccer or an esports title.

As a result, esports and soccer players have a lot in common. When they go out on the field, they are fully aware of what they can do, but they are also aware of what their opponents can do. Balancing between what they know and what they expect, such players can play preemptively, and while coaches will surely have the last word, players can clearly steer the game in a direction that allows them to easily improve their own odds of success.

However, this understanding of a game comes through strategizing in their head and not through sheer rote learning or repetition. The more creative you are, the more successful you are going to be – whether this is an esports title or sports, such as soccer.

Players Must Work on Their Weaknesses

Whatever the choice you have made, you need to understand that becoming good at any activity is to master your weaknesses. These weaknesses will come in various forms, and you need to be cognizant of them.

For a soccer player, this may be a lack of stamina, which can be trained through specific exercises that are designed to gradually build up a player’s durability while playing in high-end competitions. Esports players have other skills to master, but those can be equally seen as shortcomings over the long term.

One good example is aiming – in FPS, aiming is everything. If you cannot aim well, you put your team or yourself at a terrible disadvantage. No player may excel at an FPS game and not be able to aim, and no player may be able to bring their soccer team forward if they don’t have the stamina to finish an entire game.

There Is Always a Way to Be Better

Players are competitive-minded creatures, and as such, they accept a single maximum for success – there is always a way to be better at what you do. With this in mind, a soccer player would never say – I’ve scored enough goals this season. Maybe I should curb my enthusiasm a little.

Just the opposite – achieving more makes all of the best players want to show and prove more. They want to out-score any competitors out there and be the best team or player in their respective competition.

Both esports and soccer players are driven by the same desire to demonstrate their abilities and do so with enviable precision and decisiveness. This is not just because of some inherent need to be recognized – although this does play a part.

It also stems from the type of mindset winners have. They want to push the limits of the game and out-perform previous generations and their contemporaries. Of course, a player who wins three The International championships back-to-back in Dota 2 is excited with the success he has achieved, but he or she is also extremely happy with the simple fact that it will be decades before anyone else pulls off a similar feat, and that’s just the way it goes.

Players need to be very competitive and to want and prove more. If they are not, they may lose their keen edge, but thankfully, soccer and esports are so competitive that there is no chance anyone would give up on the pursuit of greatness which is precisely what drives and motivates these players to dedicate their lives to their chosen activity because they all know – there is always a way to do better.