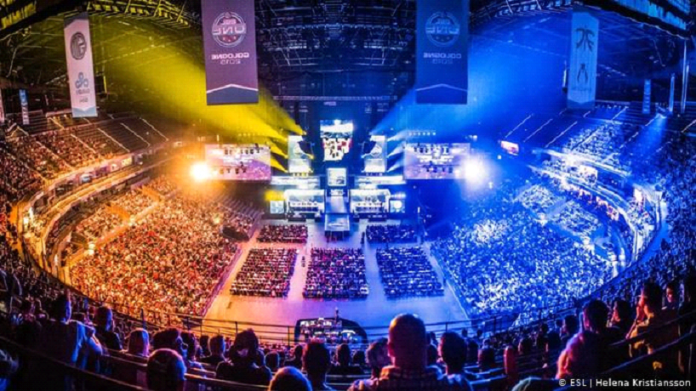 COVID-19 wreaked havoc with all aspects of our society and we will feel the reverberating effects for years to come. People died, the global economy came to a virtual standstill, and for the first time in generations, democratic governments forced business shutdowns for the sake of the general health and welfare of its citizens.

But with that said, there was one industry that caught fire and thrived due to limited entertainment choices, particularly early on in the pandemic. Of course, we are referring to eSports. In March of 2020, the NBA was the first professional North American sports league to press pause on the season but the NHL and MLS soon followed and Major League Baseball delayed its season as well.

This not only impacted sports fans but also sports bettors. That’s right, suddenly there were no betting odds to be found…anywhere! But the best businesses find a way to overcome and adapt which is precisely what happened when the sports scene went dark but eSports was still alive and well. It wasn’t long before the oddsmakers began hanging lines on League of Legends, Call of Duty, and Fortnite to name but a few.

As evidence of the increasing surge in popularity, we can point to 660 billion minutes streamed on Twitch in 2019 which rose sharply to 889 billion minutes in 2020. Not surprisingly, Twitch monthly streamers soared from 3.64 million to 4.4 million in the same time period.

And just like that people outside of the gaming demographic took more than a passing interest and many were pleasantly surprised at the splashy graphics and the deftly coordinated efforts of the teams playing the games. The increased awareness has brought forth bigger sponsorships and a growing audience.

Naturally, there will be a portion of the audience that once clung to eSports when the other traditional sports went dark who will slowly fade away but there will be enough retention from that new segment of the industry to make it a boon to the industry as a whole.

And while Twitch represents a whopping 91 percent of the market share for all hours streamed, other platforms such as YouTube and Facebook Gaming are also contributing a small share. The more platforms for viewing eSports, the better for the overall health of the industry.

We should note that the prize money for major tournaments featuring the world’s best gamers had been on the rise with over $164 million spread over 4500 plus tournaments in 2018. This number increased a stunning 42 percent to $234.5 million the following year with nearly 5300 tournaments.

However, COVID certainly put a damper on the professional tournaments but this is only a temporary bump in the road and whatever losses live tournaments experienced during 2020 will undoubtedly rebound as the world begins to once again hold events with fans in the stands. And with substantially more casual fans and regular eSports enthusiasts due to the pandemic, prize money, the volume of tournaments, and sponsorship deals are expected to rise exponentially.

According to a report by SportingPedia, “Even though the sports betting industry witnessed a significant slowdown due to the Covid-19 pandemic that led to the cancelation of many sports events, the eSports market continued its rapid global growth. According to a recent report released by the UK Gambling Commission, the eSports industry marked an incredible year-on-year growth of 2992.

“Industry insiders believe that the future will open new horizons for the eSports industry development. New games with better quality will appear on the scene to cater to the constantly growing demand for new more engaging games. Some experts even consider that artificial intelligence will also find its place in eSports. In addition to that, more jurisdictions will regulate the eSports betting market.

“Recognizing the big potential of the eSports industry, a growing number of casinos started to accept wagers for eSports competitions. In 2018, Luxor Casino made the headlines after it was announced that the casino is ready to open the first purpose-built eSports arena on the Las Vegas Strip. We expect that this trend will continue and other land-based casinos will build such an arena.”

More and more industry heavyweights will join forces to use their synergy to improve the experience for gamers, fans, and eSports bettors. Esports Technologies and Colossus Bets are one such partnership focused on the latter.

The arrangement gives Esports Technologies an exclusive license to the majority of Colossus’ broad cash-out patent portfolio for esports applications, allowing the company to improve its cash-out user experience across all of its products, courtesy of Colossus’ leg-by-leg cash-out possibilities.

Eva Karagianni-Goel, Colossus’ Chief Operating Officer, said, “We are excited to join forces with Esports Technologies to unlock the value of our patents for esports audiences. Their IP-led approach mirrors ours and presents us with an exciting opportunity to marry our know-how with what is probably the most forward-looking content area, esports. By marrying our two technologies we believe we are able to create truly best-in-class experiences for bettors, and we look forward to our continued partnership.”