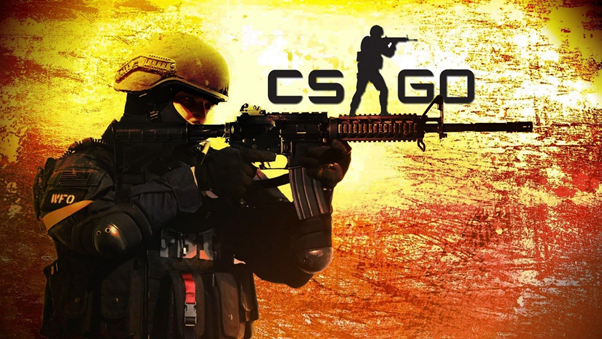 A booming global industry that is now widely covered in the mainstream media and is estimated to soon be a $1billion industry is Esports! The evolution of Esports from a regular hobby to a competitive professional level has left those who doubted the thriving Industry in awe. Esports lovers and players don’t just enjoy the thrill alone, but they also can earn while doing what they love!

When it comes to choosing the perfect Esports games for you, there are two crucial factors to consider.

One – The quality of the game. The very last thing you will want to do is participate in a game with poor graphics and user interface, which can distort the energy you want to channel into playing the game.

Two – The prize/payout that comes with winning a competitive game.

But with hundreds of Esports games out there, how do you choose the best?

We’ve got you covered!

If you want to get started in competitive gaming involving diverse players across the globe battling it out for victory, this article is absolutely for you. In this article, we will take you through the top 5 Esports games in the world.

In conjunction with Hidden Path Entertainment, Valve corporation developed this notable and stunning Esports game. CS:GO is a competitive first-person shooter game with a gratifying graphic that allows a classic display. The fourth version of the game contains new maps, game modes, and factions. There are two teams involved in the game – terrorists and counter-terrorists. The terrorists kidnap people and place a bomb while the counter-terrorists must save the captives while disarming the explosives. There is also a thriving CSGO gambling industry, and we recommend having a read about this at a site like www.csgocaptain.com, where they go into detail on the topic.

The uniqueness of Dota 2 is top tier. The development of Dota2 by valve corporation was inspired by the community-run mod of Warcraft: III. The game is a fight to the death one in which two teams of five are involved. The goal is to reach the enemy ‘Ancient’ and destroy their source of power. Whichever team that does this first, wins!

Fortnite brought a whole new initiative into Esports. The multiplayer online game developed by Epic Games has three different game modes, so it’s more like three games in one. These modes are:

Save the World: Up to four players combat zombie-like monsters to protect themselves and fellow survivors.

Creative: Up to 100 players compete to be the last person left in this player-versus-player game. Also, the game can be played as a group.

Battle Royale: This is the sandbox mode, in which players have complete creative freedom over the game environment.

Fortnite is a terrific game and a great place to start for anybody looking to have good time when gaming.

League of Legends is an Esports game that has been around for ten years and is still going strong. Riot Games developed a real-time strategic action game. In Asia, it is massively popular. This Esports game is played by two teams, each with three or five players. The winning team is the team that successfully destroys a structure called ‘Nexus’ located in the other team’s base.

Heroes are the focus of this online shooter game. Overwatch has nearly two dozen heroes, each of them is distinct. The goal is to secure control points on a map or transport a payload from a specific location to another in a certain amount of time. Overwatch is a fun first-person shooter with a lot of variation in terms of mechanics of play.

There are more fantastic Esports games that may be suitable for you in addition to the ones listed; it all depends on the sort of games you prefer. Esports are unique in that they not only provide an exciting and adrenaline-filled activity, but they also provide opportunities to meet new people, establish friends, and even earn money either as a player or a gambler.