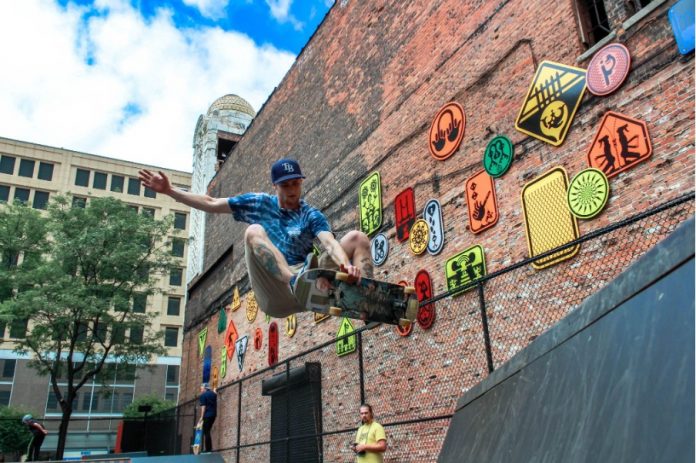 Tony Hawk isn’t just the face of skateboarding; he also invented more than 100 highly technical tricks that redefined what was possible in skating. Tony Hawk is also the owner of several lucrative skate companies, a tireless supporter of the sport who has helped to build hundreds of skate parks around the world. He is also a star of one of the most popular series of sports games in the world, Tony Hawk’s Pro Skater. Today we are going to talk about the 5 best games in the series.

The open-world, punk-influenced smash Tony Hawk’s Underground continues to hold its place as one of the best skateboarding games of all time. The franchise would never have developed into the marvel it is today if not for its inventive design and quick approach to telling a story in an otherwise sports-based computer game.

Tony Hawk’s Underground created a tale that put you, an aspiring professional skater, in the center of the universe, taking you from the suburban areas of New Jersey to the sunny beaches of Hawaii. The universe was yours to create.

To make this easier, I’m going to cheat just a bit. I believe it would make more sense to just include both installments of the Pro Skater series rather than trying to fit them onto a list separately, one in favor of the other. Two of the finest skateboarding games ever created might be enjoyed once again thanks to Activision rekindling the old fires that made the brand what it is today.

The plan was straightforward: travel the globe with Tony Hawk and a group of professional skaters in an all-out competition based on reckless destruction. Most of the time, skating was neglected in favor of watching a youngster in a wheelchair wreak havoc on bystanders. However, the objectives it did achieve were varied and fun. Earning points for doing stunts was out, but locating Benjamin Franklin to aid in your worldwide conquest was in.

It must be said that American Wasteland wasn’t the series’ most critically acclaimed game. But it did bring about the BMX, which made riding about on other modes of transportation even more enjoyable. It is a game that made a lot of changes to the series, it tried to experiment and bring something new, and, in most cases, it was successful in doing so.

Like the Underground series, Tony Hawk’s Proving Ground immersed you in an open world with a variety of stories to explore. Of course, having a whole warehouse to customize to your heart’s content was exciting. Overall, Proving Ground lived up to its name as a worthwhile addition to the Tony Hawk story because of its emphasis on writing your own story.

Tony Hawk to be Featured in DraftKings’ Campaign

The campaign will launch with two commercials, each starring a different celebrity, and will emphasize the importance of responsible gaming by enticing users to set limits and utilize the casino app’s responsible gaming features.